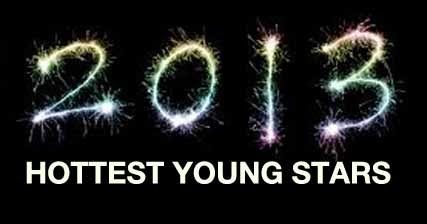 From their hit movies to their successful TV shows, here’s our list of the hottest young stars of 2013.

13. Jane Oineza
Reason: We’ve seen this beautiful young girl bloom into the fine lady that she is now. From the time she starred in the TV series, ‘Marina’, till her most recent hosting stints in ‘ASAP,’ this pretty 17-year old stunner consistently charms us in more ways than one. And it seems like we’re not the only ones who are eyeing on Jane these days… perhaps we should also ask college cager Jeron Teng if it’s true that they are now seeing each other?

12. Alden Richards
Reason: Cover of Cosmo’s Centerfold… New primetime series on GMA 7 with Marian Rivera as the leading lady… Legions of fans… Hot body… Cute face… What more can you ask for? Alden is on the rise nowadays and people have been calling him potentially as the new John Lloyd Cruz of his home network.
11. Kiray Celis
Reason: They often say ‘beauty is in the eye of the beholder,’ hence no one can stop Kiray from giving her all and attaining her very best in all aspects of life. She recently appeared in the Metro Manila Film Festival Vice Ganda-starrer ‘Boy Girl Bakla Tomboy’ and has been very busy with TV guestings here and there on ABS-CBN. Her greatest moment in 2013 was when her photo circulated among netizens. Thanks to her so-called “fairy godmother,” Fanny Serrano, Kiray shocked people with her new, transformed, and glammed-up look in the photo shoot.
10. Bea Binene
Reason: Her much-publicized break-up with her co-Kapuso Tween Star and love team, Jake Vargas, initially didn’t amuse some of their loyal fans. Good thing they are now back on each others arms, stronger than ever. Bea currently appears on two TV shows, ‘Sunday All-Stars’ and ‘Vampire Ang Daddy Ko.’
9. Nash Aguas
Reason: Dubbed as potentially the ‘next Daniel Padilla,‘ Nash has now amassed thousands of new fan girls after his big leap as a multi-awarded childstar to a more mature, teen heartthrob. He appears regularly on the Sunday afternoon show ‘Luv U.’
See also  PHOTOBOMBERS: Jimmy Fallon, Chris Pratt, and Chris Evans

Reason: Armed with good looks and music royalty lineage, Elmo has rightfully earned his seat in show business. In 2013, many got confused whether Elmo will start courting her on-screen partner, Julie Anne San Jose, or continue dating her rumored girl friend, Lauren Young. Whether it’s Julia Anne or Lauren, both we think are a good catch for Elmo.
7. Robi Domingo
Reason: Robi proves to be getting better and better as a TV host these days. After hosting the top-rating reality show/singing competition ‘The Voice Philippines’ alongside Toni and Alex Gonzaga, he has jumped to another gig in the reality show ‘I Dare You.’ But Robi’s shining moment in 2013 is when he officially confirmed his relationship with UAAP volleyball superstar, Gretchen Ho.
5. Janella Salvador
Reason: Janella is popularly known to many as Sir Chief’s conyo daughter, Nikki Grace Lim, in ‘Be Careful with my Heart’ and to some, as Palmolive’s latest darling and celebrity endorser. The shampoo brand has successfully created a series of dance video TVCs with her that got all girls singing some of her famous lines such as the fun, bubbly song, ‘To the left, to the right, umikot ng sabay-sabay… bye-bye suklay,’ or the super girly number,  ‘Oh no, nandyan na si crush…’ Her biggest breakthrough in 2013 is when she received the award as the Best New Female TV Personality in the recently-concluded Star Awards for TV.
4. Enrique Gil
Reason: We can safely say that 2013 is Enrique’s most successful year so far in the biz. Well for one, he appeared in a primetime soap, ‘Muling Buksan ang Puso’ opposite Julia Montes as the lead star. Then he was also part of the blockbuster movie ‘She’s The One’ together with Bea Alonzo and Dingdong Dantes. He also released his own album ‘King of the Gil’ and ended the year with a jampacked concert at the Araneta Coliseum.
3. Kathryn Bernardo
Reason: Teen Queen Kathryn together with his on-screen partner, Daniel Padilla, has consistently dominated the TV primetime block for months now with their hit series, ‘Got to Believe.’ Chichay, Kathryn’s optimistic and cheerful character in the show, is so adorable, that watching her in each scene will keep you totally glued on your seat. Her performance is so remarkable, that even Vice Ganda and other ordinary people imitate her gestures and dialogues such as the famous line ‘Sorry po’ in one of the scenes. Kathryn and Daniel also have a film entry to MMFF this year called ‘Pagpag,’ a horror-thriller that is raking good money now on the box-office.
2. Daniel Padilla
Reason: Whenever we see Teen King Daniel’s face on billboards, on print ads, or on TV, we subconsciously sing ‘Nasayo na ang lahat…’ in our heads. His song is so catchy and his voice is so distinct, we can’t help but fall in love with him and sing this chorus over and over again. His TV commercial for Oishi also became viral hit with several meme variations of his photo using the campaign hashtag #medyobadboy. We also often hear the loudest screams whenever Daniel and Kathryn go up on stage. Undeniably, they are the hottest teen stars of this generation.
1. Liza Soberano
Reason: No, no… it’s niether Daniel nor Kathryn on top of our list because that is already expected. Instead, we purposely chose Liza as our hottest for 2013 because she truly is… THE HOTTEST REVELATION this year! With that height, angelic smile, and gorgeous face, she can easily turn heads, including Enrique Gil’s. Great potential to become the next teen princess! Her most recent achievement is her movie debut in ‘Must Be Love’ (together with Daniel and Kathryn) and in ‘She’s The One’ where she appeared as a loyal, timid girl who has a secret crush on her best friend (played by Enrique). Liza is now the product endorser of the fashion brand, Kashieca. Her manager, Ogie Diaz, seems to be doing the right moves for this young girl as she welcomes 2014 with new projects and a hope for a brighter future in local show business.
—–

Do you agree with our list? Let us know who are the other young celebrities that should be included in our ranking and who are the others that we should look out for in 2014. Feel free to place your comment below.

Otherwise, you can also vote in our poll:

Who do you think is the hottest young star of 2013? 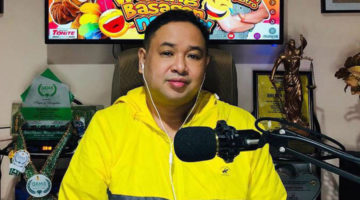