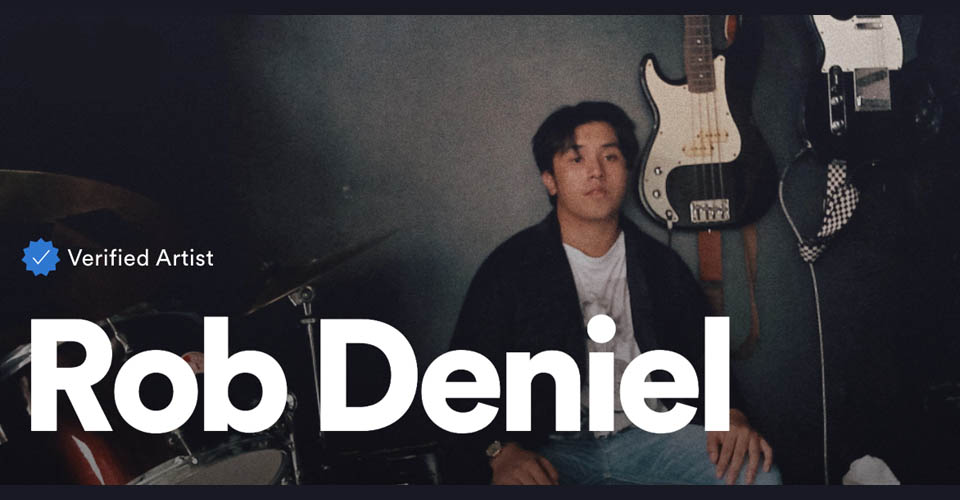 Sky’s the limit for 17-year old Pinoy pop singer-songwriter Rob Deniel. His debut single “Ulap” under Viva Records gets more than 55 million streams (estimated and combined from his Spotify and YouTube streams).

Rob Deniel started music at an early age. “I started when I was around 12 or 13 years old. My dad bought me my first guitar and it was a black guitar and it is still here, I use it sometimes here at our house,” Rob said. He added that his dad basically introduced him to all kinds of music. “That helped me grow and learn even though I’m self-taught. My dad started all of this,” Rob said seemingly proud of the fact.

The adage ‘many are called but few are chosen’ seem to apply to Deniel, because at some point in his development, he decided that writing his own songs would be the logical next step.

“2019 was the year I started to take music seriously. It was during this time that I learned the stuff that was useful (to me) for making (my own songs).” Rob also shared that it was also during this period that he was “inspired to look at music as having a bigger part in my life.”

And just like that, Rob wrote a handful of songs. One of them, he recalls, is called “Sunshine.” “It was a song inspired by the indie artists that I Know (and was listening to). And it gives me a nostalgic feeling just thinking about the song right now.”

For a 17-year-old kid to feel nostalgic about something that happened just a couple of years ago tells a lot about Rob Deniel. It is this same feeling, this wistfulness that gives his songs an almost retro vibe. The vibe is right there on his songs such as the harana-like ballad “Gabi,” and on the almost doo-wop sounding “Baby I Tried.” Two of the first few singles that Deniel released just last year.

But someone as young as Rob, that youthful vibrance is going to come on the stuff that he does. And that’s what he has going for him in his breakout single “Ulap” – indie music with a tinge of 60’s pop. Dream-pop sung in yearning falsetto. The sound of what Pinoy pop could be in this roaring ‘20’s.

“’Ulap’ was made out of boredom in my room. I was pretty chill and had nothing in my head (and) I was just writing words that I wanted to say. You could say that the whole song was made subconsciously.”

That is absolutely awesome for a song produced on a mobile phone.

Rob, who plays guitar, the drums and also dabbles on keyboards, has his own description for the sound he’s going for. “Maybe alternative pop, or rock and roll sweetheart. I think it’s almost the perfect way to describe my sound.”

Viva Records’ game plan for Rob Deniel is simple. “We’ll just let Rob write his songs and not get in his way,” said an executive. “That, and to make sure that as many people as possible hear about Rob Deniel and his songs.”

Rob’s most recent single “Ang Rosas” is currently making the rounds of ‘chill and feels’ playlist circuit. A new single titled “Darling, Darling” will be released on June 18.

Rob said of his aesthetic and upcoming song, “’Darling, Darling’ was inspired by music from the 60’s and 70’s. The song is sort of like an advice for myself and about the experiences I’ve had so far. I hope people will like it.”

See also  WATCH: Alden Richards and Maine Mendoza in 'Destined To Be Yours' Full Pilot Episode 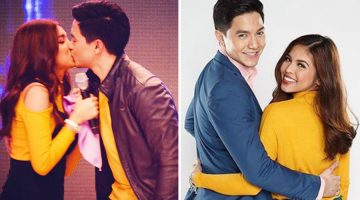