ABS-CBN thanks singers and talent managers supporting the network 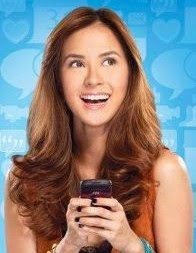 Supergirl wannabe. That’s how TV host Bianca Gonzalez humbly refers to herself in a personal blog. Even with a narrowed down list of all the interesting stuff about her, we still think she’s more than that. Read on as we share the top 20 random facts we learned about Super Bianca through the years:
1) It all started with a TV commercial eleven years ago. Fresh out of high school, Bianca won the Pantene Healthy Hair Quest which landed her a shampoo endorsement. Who would have thought that an ad appearance would spawn an exciting career in hosting? Her hair must be the lucky charm! Nowadays, she also stands out for being adventurous in updating her hairstyle especially when a new project comes up. Online fashion magazine StyleBible.ph recently tagged her as the “queen of all fringe” for setting the trend on bangs.
Check out Bianca’s first TVC below:
Video: Youtube (user amaw77)
2) Way before Converse became her sponsor, teen magazine features on Bianca never failed to mention her collection of high-cut Chucks (Chuck Taylor). Her colorful pairs often landed a spot on the list of her favorite things. Possibly due to work demands, her shoe collection now expands from simple sneakers to stylish pumps.

3) When Bianca was just starting out, many identified her as Breakfast host JC Gonzalez’s younger sister. We’re sure the association was something she didn’t mind being the self-confessed Kuya‘s girl that she is. Aside from that, she’s also been very expressive of how crazy she is about her family. Her personal blog is full of entries raving about her mom Ofel, brother JC, sister Aissa, and nephew and godson Roco. She has also lovingly extended the family ties to their in-laws and household help. We bet they are very proud that Bianca found her own niche and made a name for herself in the industry.

4) Bianca once expressed her frustration over not being as active and sporty as she wants to be. Things must be a lot different now as she’s slowly becoming one of those women representing fitness as fashion. Staying in shape may not really be a problem for someone who’s been genetically gifted with a svelte figure. Amazingly though, she still takes it upon herself to engage in a healthy lifestyle through jogging and yoga. She once shared in an interview that if you make exercise a priority, you’ll find time to do it. True enough, she had been doing that since high school. She managed to squeeze gymnastics, swimming and dancing into her busy student schedule.

5) As regular as her fitness regimen are her food cravings.:) Random Twitter posts reveal how she constantly indulges in comfort food (even at midnight!). McDonald’s should start thinking about getting her as an endorser as she effectively advertises their nuggets, Coke float, and sundae! We should know. At one point, we found ourselves walking to the nearest branch to grab a caramel sundae all because of a tweet. That’s one powerful call to action! (And oh, it was also through her that flattening a Mary Grace ensaymada is now a must-do!)
See also  Q&A: 12 Random Facts about AJ Dee

6) Bianca is both green and blue-blooded. She went to De La Salle Santiago Zobel School from junior prep to high school and graduated from Ateneo de Manila University with a Bachelor of Arts degree, major in Communication (film and production track) and minor in Philosophy. She belongs to Batch 2004 but graduated in 2005 as she was busy juggling work and getting her minor degree. Prior to getting on-cam exposure, she worked behind the scenes as a brainstormer in ABS-CBN’s Creative Development Group.

7) Bianca was a consistent star student. She was part of her batch’s honors section in high school and also  the dean’s list in college. She sometimes jokingly refers to herself as a nerd. We believe that her intellectual and no-nonsense approach in hosting makes her stand out. We can’t think of anyone else from her generation of female hosts who can handle both socio-political and showbiz issues.
8) Whenever asked what she would have been doing if she weren’t a host, Bianca consistently answered that she would probably be into filmmaking.  One of her favorite films is the Eternal Sunshine of the Spotless MindCheck out a group video project she worked on back in college. It stars ABS-CBN news reporter Willard Cheng who happens to be her course and batchmate:
Video: Youtube (user direk00)

9) Bianca obviously puts a premium on education. A specific advocacy she feels strongly about is children’s education. This is evident in her choice of socially-oriented activities. Apart from being an appointed UNICEF Philippines‘ Child Rights Supporter, Bianca also spearheaded the HELP KIDS LEARN PROJECT, an initiative she started in 2005 which aims to assist less fortunate kids with educational supplies.
10) They say that a woman’s scent speaks volumes about her. This is probably why the kid in Bianca comes out when it comes to her choice of scents. Past interviews have been consistent in saying that she has been using Johnson’s baby cologne since she was a kid. More recently, she shared her fondness for Baby Bulgari. 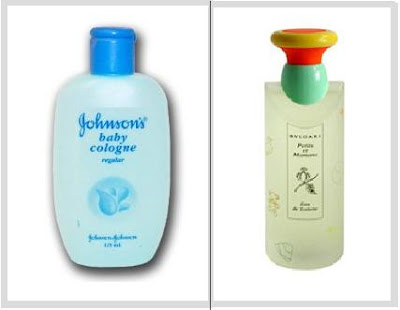 11) We’ve all heard showbiz insiders express how difficult it is to find true friends in the industry. Lucky are TV hosts Toni Gonzaga and Mariel Rodriguez for finding one in Bianca. At the height of  the controversial rift between Toni and Mariel, everyone wanted to know whose side Bianca was taking. She displayed good nature and maturity by opting to be impartial and politely detaching herself from the issue. She was one of those few who strongly believed in the sisterhood and that it was just a matter of time for her two friends to patch things up.
See also  Crazy for KZ: A Star is Born
12) Bianca has often been referred to as kuripot. Unlike other celebrities her age, shopping wasn’t always associated with her. Years back, in a TV guesting, Mariel Rodriguez surprisingly gifted Bianca with a pair of branded flip-flops. Mariel explained that her best friend would not buy it on her own and usually prefers just the simple, unbranded ones. Bianca has also been quoted to have said in a PBB Celebrity Edition interview, “Hindi ko yata ma-a-afford ang Louis Vuitton sa buong buhay ko!” Things have changed and through the prodding of her closest friends, she has now learned to reward herself and invest in some designer buys. Her first designer purchase (a black Louis Vuitton Alma handbag) was featured in a 2009 SNN (Showbiz News Ngayon) bag raid. What’s interesting to note is that she hasn’t completely lost the whole practical spending scheme. She shared in a recent Kris TV interview that a huge amount of her earnings is still saved.
Take a look at what’s inside her bag in the video below:
Video: Youtube (user mickay2008)

13) Although known for being thrifty and not keen on shopping, there’s one thing Bianca doesn’t mind splurging on (or should we say investing in) – travel. Her unique collection of tumbling shots in memorable landmarks has already been featured on TV and print. These days, Bianca is blessed to have more reasons to travel as both her siblings are based abroad, her brother JC is in the US while her sister Aissa is in the UK.
Get a glimpse of Bianca’s cartwheels around the globe through a fanmade video below:
Video: Youtube (user TheSupergirl143)

14) Working in the Quezon City area in the north does not prevent Bianca from going home to Parañaque in the south every single day. Twitter and blog posts reveal that she is a south girl at heart. Often raving about her “steady” weekends down south, she shows so much fondness for the memories and comfort her hometown brings. One of her favorite hangouts in the south is ATC or Alabang Town Center.

15) One of Bianca’s qualities that endear her to many young girls out there is her openness about her imperfections and insecurities coupled with the willingness to embrace them. What she once thought were flaws eventually turned out to be her assets. She often felt insecure about her legs in the past (and once described herself as bow-legged in a magazine article) that she was so surprised when StyleBible.ph included her in their list of girls with toned legs to admire. It must have surprised her even more when Bianca’s jogging workout won in a poll as the chosen action plan to achieve killer legs. Her workout earned the highest number (48.79%) of readers’ votes.

16) When we think of TV personalities and celebrities, the image of riding chauffeur-driven cars comes to mind. It was surprising to know that Bianca doesn’t hire a driver. She personally braves through the daily traffic and drives herself to work (and drops by McDonald’s drive-thru from time to time, hehe). For someone who lives down south and goes to work in the north, that’s no easy task.

17) Bianca has remained down-to-earth even with the growing number of Biancsters and Pudgies supporting her. This may be attributed to her being a fan girl herself. In many instances, she has openly declared admiration for other celebrities like supermodel Tweetie de Leon-Gonzalez, broadcast journalists Korina Sanchez and Ted Failon, and NBA superstar Kobe Bryant. Just recently, she has also been publicly showing support for her boyfriend PBA player (and fellow Atenean) JC Intal.

18) In the industry Bianca belongs to, beauty is often equated to having white and rosy skin. It’s a good thing she joins the ranks of Angel Aquino, Tweetie de Leon-Gonzalez, and other Filipinas who embrace and stand out with their sun-kissed skin. With all the pressure to conform to society’s measure of beauty, it’s amazing how she dons the Pinay pride and refuses to jump into the whitening bandwagon. A few years ago, she also took time to give away symbolic abaca bracelets and spread the same pride through Yabang Pinoy, an advocacy campaign to empower Filipinos.

19) Her Globe GenTxt R U 1 of US? TV commercial has long been off-air but Bianca still belongs to today’s group of tech-savvy individuals. Her active participation on social networking site Twitter and an eight-year presence in the blogging scene has turned her into a social media icon. In fact, she just earned the #ThoughtMover title at the 2011 Globe Tatt Awards. Instead of people-pleasing her way to popularity, Bianca is known to being both opinionated and open to criticisms when it comes to her tweets. With a good head on her shoulders, she knows better than blocking her bashers. You would be surprised that she finds time to reply even to those harsh (and ill-mannered) critics.  Bianca has recently displayed the ability to rise above intrigues that come with being a celebrity opinion leader.
Watch the 30-second Globe TVC below which aired in 2002:
Video: Globe Gentxt Facebook page
20) Google her name and you’ll instantly find suggested results with a misspelled surname. Her full name’s Bianca Monica Malasmas Gonzalez. Yes, it’s Gonzalez with a z and not an s.:)
_ _ _
See also  The Millennial Star Behind the Cam: Love Me Tomorrow's Direk Gino Santos 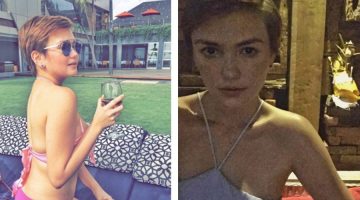