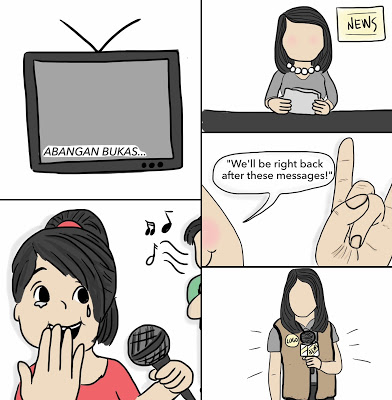 Back in the day when smartphones and social media were not yet available to distract us, many of us grew up to be TV junkies. It’s interesting how we’ve been witnesses to the evolution of local TV programming. The evolution that led soap opera to morph into different kinds: fantaserye or telefantasya, advocaserye, and bekiserye. A lot has certainly changed. With this, we give you the five random stuff we don’t see that much (or at all!) on Philippine TV these days.

This setup still exists for some but at least not for the primetime news programs on major networks. Most of the anchors now are standing up with perfectly polished shoes and killer heels while delivering the nightly news. The women are also no longer confined to wearing stiff corporate attire. We commonly see them now wearing figure-enhancing dresses and chunky accessories. That’s “good news” for stylists and sponsors!
Vest-donning is probably how we pictured field reporters in our minds for the longest time (maybe until now for many of us!). Proof to that is how they’re still portrayed that way in TV dramas. In real life though, we don’t know who started the trend but the vests are gone. We gotta thank whoever is behind such transformation. Our unsung heroes finally get to accomplish their missions in style.
It’s only until recently that we’ve been privileged enough to see the preview of a soap opera’s next episode. Nostalgia takes us back to the time when at the peak of a crucial or exciting scene, our screens freeze and a dramatic voice-over takes place — “Magkikita na kayang muli sina Chuchu at Chenelyn? Abangan bukas! Dito lang sa…” *official theme song starts playing* Ugh, party pooper.

For those of us who tuned in to noontime and youth-oriented shows (eg. That’s Entertainment!) in the 80s and 90s, we know this hand signal meant our bathroom breaks.

A typical scenario: Birthday girl performs a special song number. Halfway through her lipsyncing, she’ll stop and give out a confused look as she hears a different voice in the recording. She looks behind her and VOILA! — a parent, boyfriend, best friend, or co-celebrity (or it can be all of them) is right behind her! They’ll hug, kiss, and finish the song together, often with the birthday girl wiping her tears of joy. — Well, that’s sweet and touching. But not if you’re seeing it for the nth time!
We’re sure you have your own list of outgrown TV memories  and before we know it,  many of the ones we’re used to seeing now will be a part of it. 🙂
READ  Bianca Reveals BIG Change - She Got 'Sassooned' 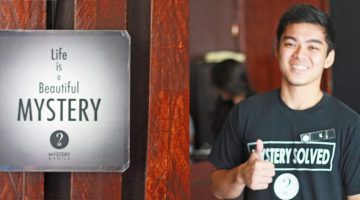