VIRAL: Kapuso Hunk David Licauco Grants a FanGirl’s Wish, Goes on a Fishball Date with Her

Book Review: Why Fans Will Love Maine Mendoza’s ‘Yup I Am That Girl’

If there is one thing positive about the network shutdown, it is the birth of new partnerships and collaborations that seemed far-fetched ideas in the past. These days, it is refreshing to witness projects that allow Kapamilya, Kapuso, and Kapatid artists to come together.

This January, good news has arrived. The Philippines’ longest-running musical variety program, “ASAP Natin ‘To,” and “FPJ: Da King,” will now be shown on TV5 starting this Sunday, January 24 at 12:00 nn.

Entering its 26th year, “ASAP Natin ‘To” boasts of the biggest names in the industry to give viewers the best concert experience. The show is topbilled by Martin Nievera, Gary Valenciano, Zsa Zsa Padilla, Ogie Alcasid, Sarah Geronimo, Erik Santos, and Regine Velasquez-Alcasid.

TV5 will also begin to air “FPJ: Da King,” a movie block showcasing the iconic movies of the “King of Philippine Movies” Fernando Poe Jr.  “FPJ: Da King” will air every Sunday from 2:00 pm to 4:00 pm.

“This collaboration between CIGNAL, TV5, Brightlight Productions, and ABS-CBN marks the start of greater cooperation among our various industry players and begins a new era of partnership,” said Robert P. Galang, president and CEO of Cignal and TV5, “The airing of ASAP and FPJ’s movies on TV5 showcases the desires of TV5 and ABS-CBN to serve our viewers in the best way possible.”

“We are pleased to welcome the ASAP family and the films of the one and only king of Philippine movies to Cignal and TV5. The top-rated content, combined with Cignal and TV5’s strengths in technology, direct-to-consumer distribution, and mobile and broadband reach, will usher in a new viewing experience for fans and subscribers alike,” Galang added.

“The future of entertainment media is rapidly converging around a dynamic mix of traditional and digital platforms, with Cignal and TV5 launching new content and synergies that will disrupt conventional broadcast methods. We are committed to continuously explore more initiatives to provide the best of both worlds to all our stakeholders,” he said. 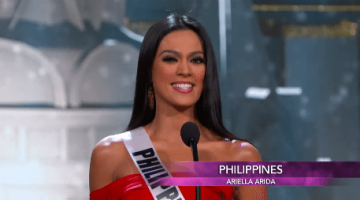