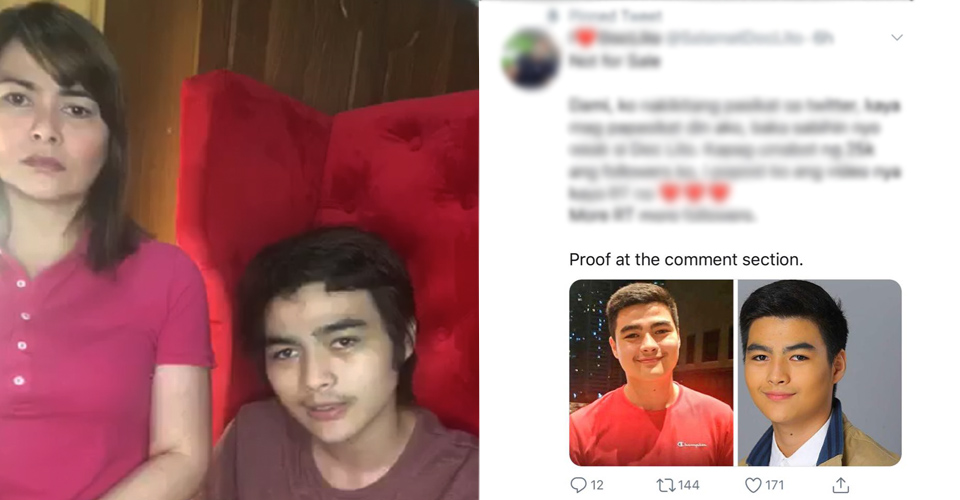 Seasoned actress and Prima Donnas star Aiko Melendez went live on Facebook this afternoon to address the video scandal allegation on her 21-year old son, Andre Yllana. The actress directly called out Twitter user @Jakolinks (now changed to @SalamatDocLito) who, through a tweet, called on people to follow his account with the incentive of posting Andre’s video (based on the photo references he used) when he reaches 25,000 followers. 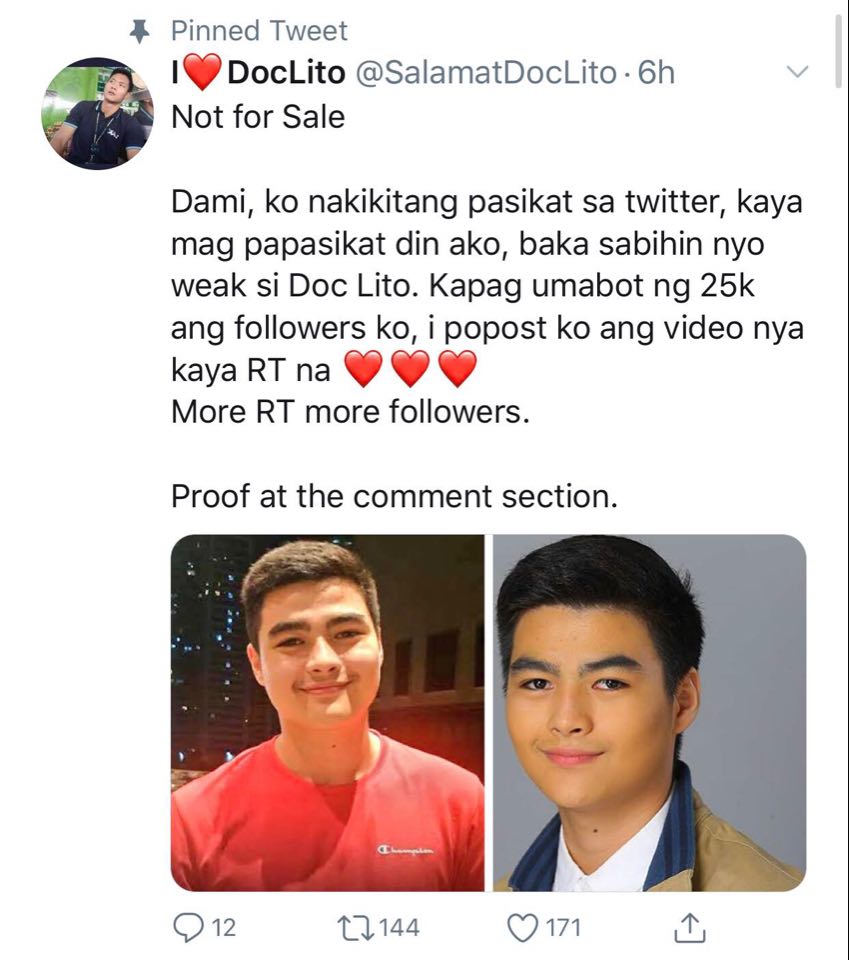 As of this posting, the tweet by Twitter user Jakolinks (whose name has been changed to SalamatDocLito) has 144 retweets and 171 likes.

Irked by what she said is a false accusation, Aiko emphasized her conviction that the video scandal does not exist. She told the Twitter user, “Kung ang trip mo manira ng mga artista na may sex scandal, huwag mo isama ang anak ko kasi wala siya nun. Hindi pervert ang anak ko. Makonsensya ka. Sana hindi ito mangyari sa’yo...If you want to gain followers on Twitter, do not use my son’s name. Spreading malicious news about my son, that he has a sex scandal, shame on you. Where is the proof? Before you post anything, have some proof first.”

The actress dared “Jakolinks” to expose the video. If the user fails to do so, the actress said she will take legal action against him. “Ito, hinahamon kita, Jakolinks, kung matapang ka, lumabas ka. Kung may sex scandal ka ng anak ko, ilabas mo. Pero kapag wala kang sex scandal, idedemanda kita!,” she said. Aiko was later joined by Andre himself to deny the allegation.

The mother and son went on and reminded their viewers to use social media responsibly and take whatever they see online with a grain of salt. “Lahat ng ginagawa n’yo sa social media, please think before you post. Please think before you share. I hope everyone could think before they click. Just double check. There’s nothing wrong with double checking,” Andre pleaded. His mom ended the live with her personal request, “If I may add, please don’t make someone else’s life a circus for you to be entertained. That’s not right, ‘di ba? Kung wala kayong magawa sa bahay, huwag n’yong gawing fiesta ang buhay ng ibang tao for your satisfaction or gratification, or you just want to be talked about on social media. Don’t use anyone without basis because your integrity will be questioned here.” 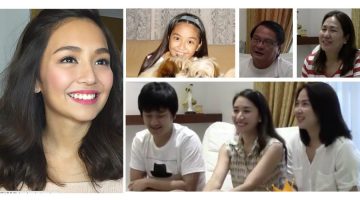