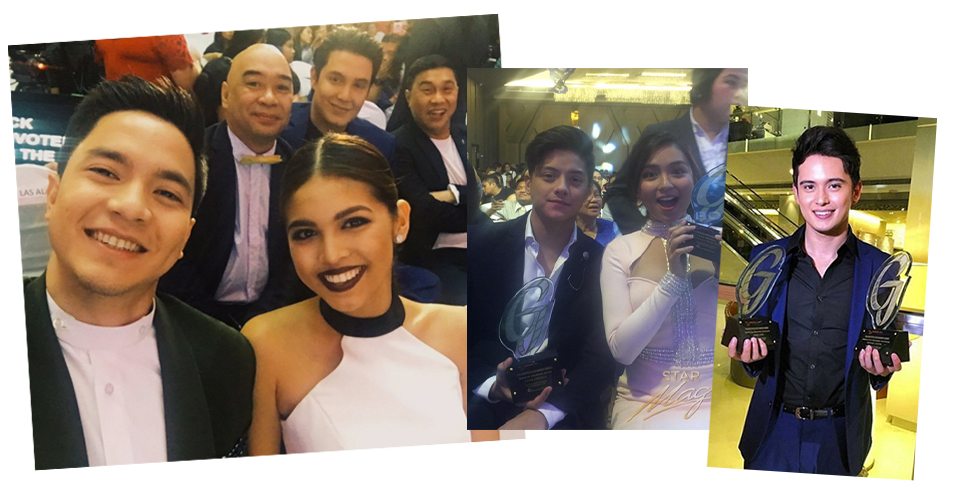 In a rare moment, Alden and Maine were seen shaking hands with James, Daniel, and Kathryn, before going back to their seats.