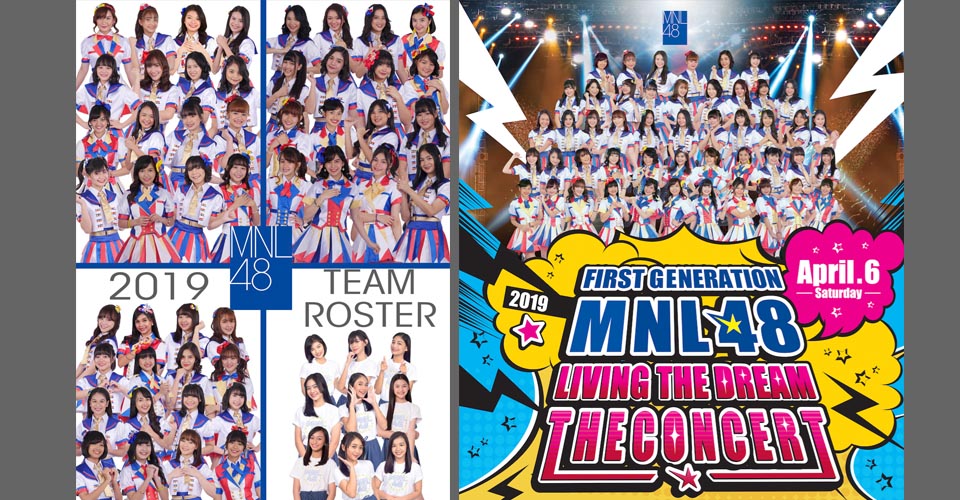 Philippines’ idol group MNL48 will conquer the stage for their first ever major concert First Generation MNL48 | Living the Dream: The Concert on April 6, 2019 at the New Frontier Theater (formerly known as the Kia Theater).

In the group’s official social media pages last February 1, the “Pag-ibig Fortune Cookie” idols revealed that after their breakthrough in 2018, they will finally be holding their first concert.

The show will also be the first idol concert in the country and thousands of fans are expected to join the JPOP-inspired concert to be directed by seasoned concert director GB Sampedro.

The international sister group of Japan’s AKB48, who has been wowing fans not just in the Philippines but across Asia with their talent, music, and performances, will showcase their growth as an artist and group as they will perform their hit singles like Aitakatta – Gustong Makita, Talulot Ng Sakura, Pag-ibig Fortune Cookie and more in an all-out production at a grander stage.

Moreover, the concert is MNL48 First Generation’s gift to their supportive fans, dubbed as MNLoves, who have been with the group since day one.

After their debut, MNL48 released their first single “Aitakatta – Gustong Makita” under Star Music which ranked on the No.1 spot on iTunes Top Albums upon its release and entered popular music charts like Myx Daily Top 10 Pinoy, Pop Charts PH, and Pinoy Myx Countdown. The group followed it up with their second smashing single “Pag-ibig Fortune Cookie” that earned MNL48 their first Gold and Platinum awards from Star Music and the Philippine Association of Record Industries.

In addition, the group also received Pinoy POP (PPOP) Awards for young artists’ year-end special award, “Youth Model of the Year – Huwaran ng Kabataan Award” last 2018 to recognize their influence for being a good role model to the young generation in uplifting the Filipino talents and showcasing the Filipino culture through their music and performance.

See also  What "Maya" and "Mama Chen" Have in Common 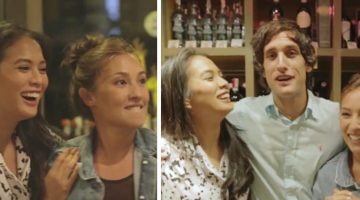