‘ASAP in Honolulu’ Stars, ABS-CBN TFC, and Foundation Officers Reach Out to Kababayans in Hawaii 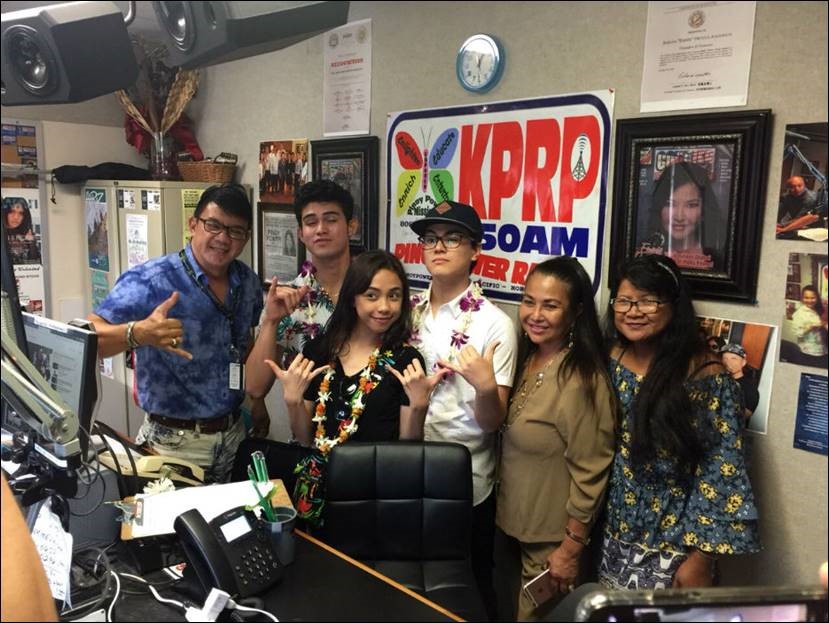 Last week, “ASAP in Honolulu” created buzz online as our social media feeds were flooded with photos and video updates from Kapamilya stars who flew all the way to Hawaii. The country’s longest-running musical variety show reached out to our kababayans abroad with the help of ABS-CBN Global (TFC, The Filipino Channel). The touring Kapamilya team and Foundation officers reached out to the community in the City of Honolulu. 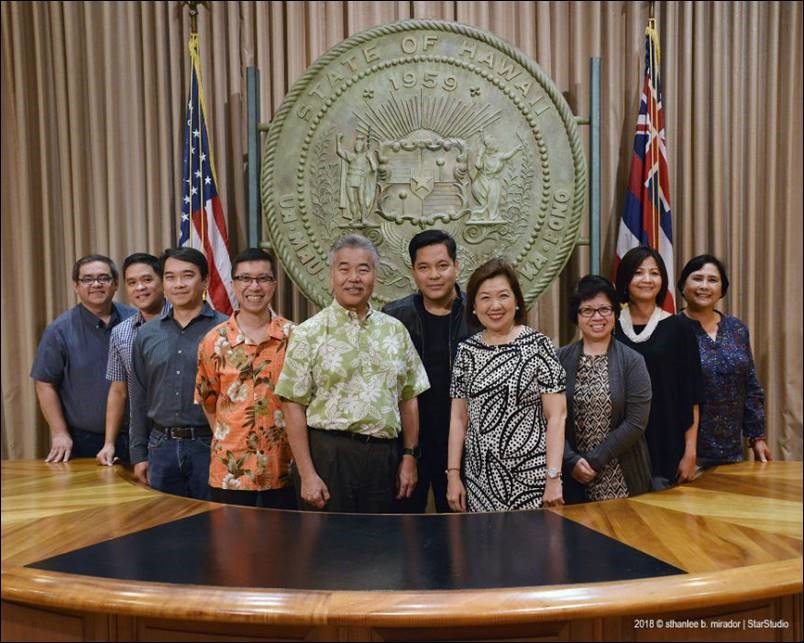 Interesting to note from both officials is their acknowledgement of Filipinos as the largest Asian group in the Hawaii state and second largest in the City of Honolulu.  One of every four Hawaiians is Filipino.  Hawaii is the only state to have Asians as its largest ethnic group, making the Aloha state a majority-minority state.  Governor Ige and Consul General Jimeno exhorted the team to celebrate and share Filipino culture and values, to come together as a community and make an impact to fellow Filipinos and those in the communities they live in. 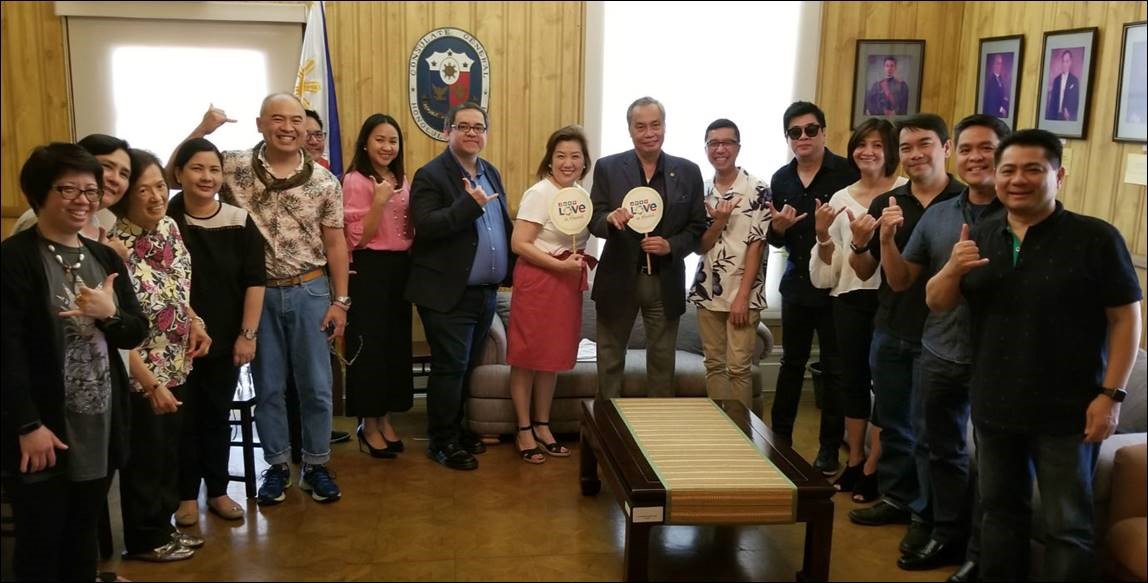 Both officials were also invited by ABS-CBN Foundation Lingkod Kapamilya Foundation, Inc. (ALFKI) Managing Director Susan Afan to visit ABS-CBN’s Bantay Kalikasan (Nature Watch) sites the Philippines: to Governor Ige as part of their common advocacy for ecotourism, and to Consul General Jimeno as part of the annual Ambassador’s Tour, a flagship tourism and business opportunities project of all Philippine Foreign Service Posts in the U.S. 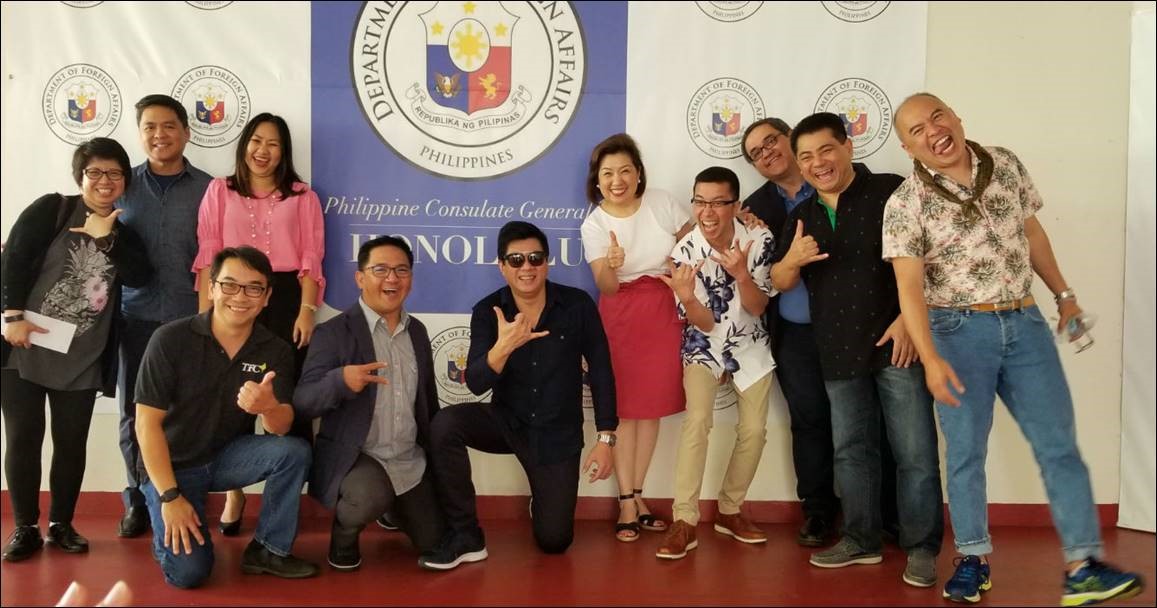 “In Hawaii, we hang loose.” ABS-CBN and Philippine Consulate officers do the shaka, thumbs up and peace signs. (Photo by Sonny Martinez)

Meanwhile, ASAP stars were enthusiastically welcomed by fans at the airport, by local radio stations that they visited, and had fun in some Hawaiian tourist destinations. 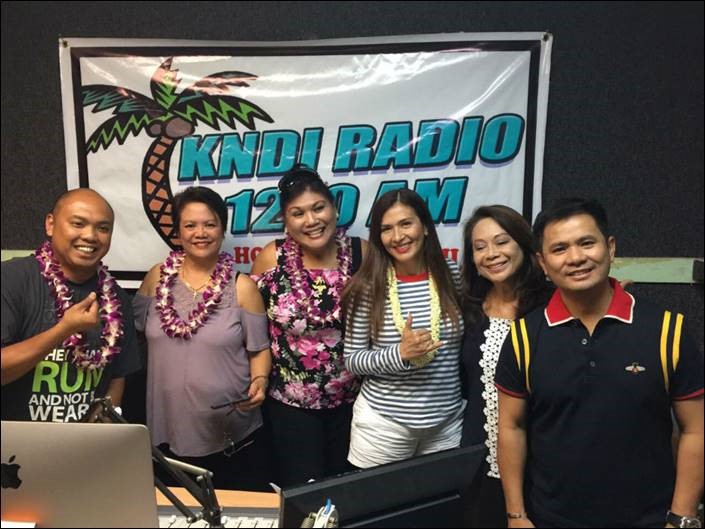 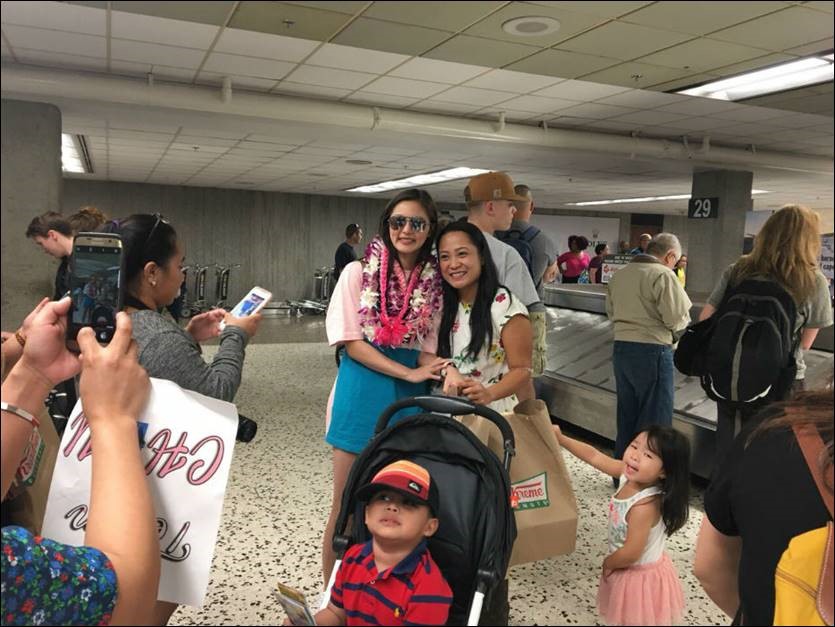 Maja Salvador surrounded by fans upon arrival at the Honolulu airport. (Photo by Alvin Gomez/TFC Live) 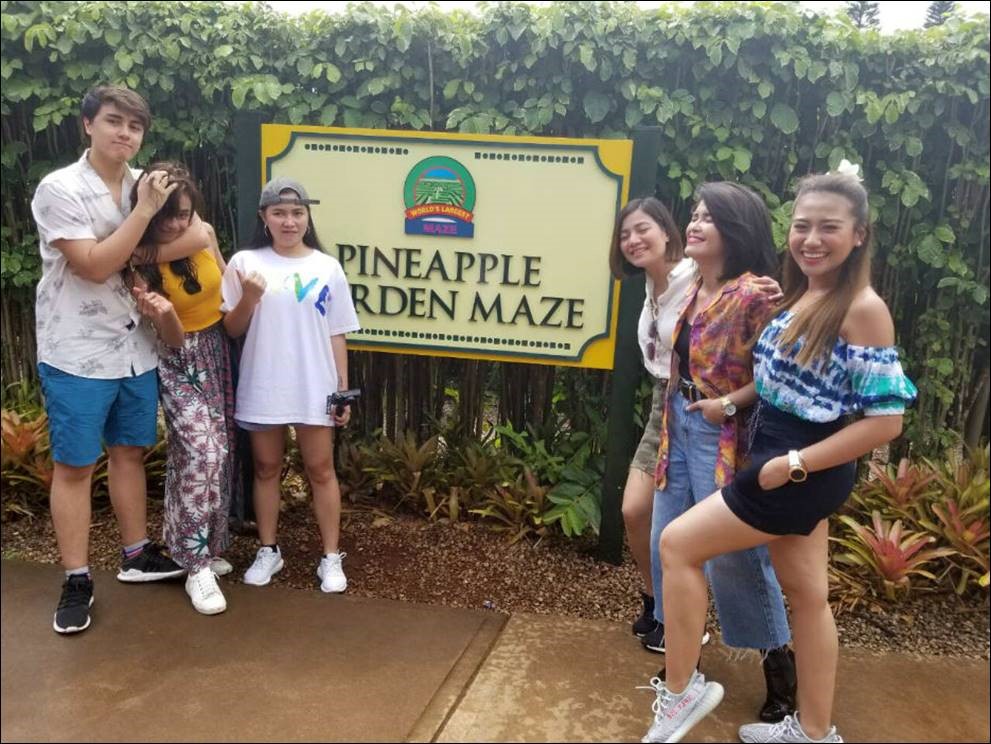 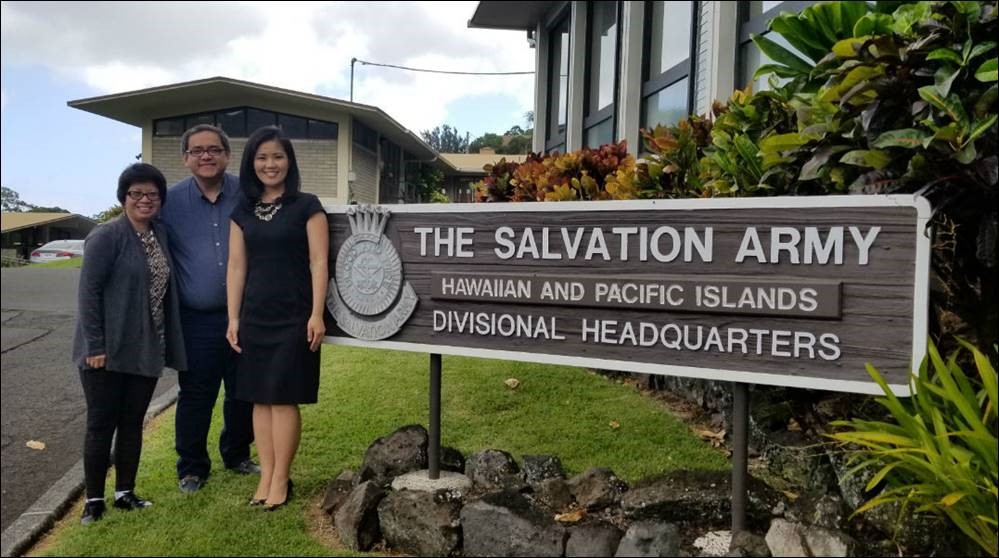 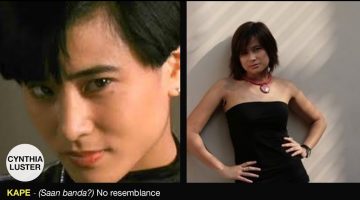