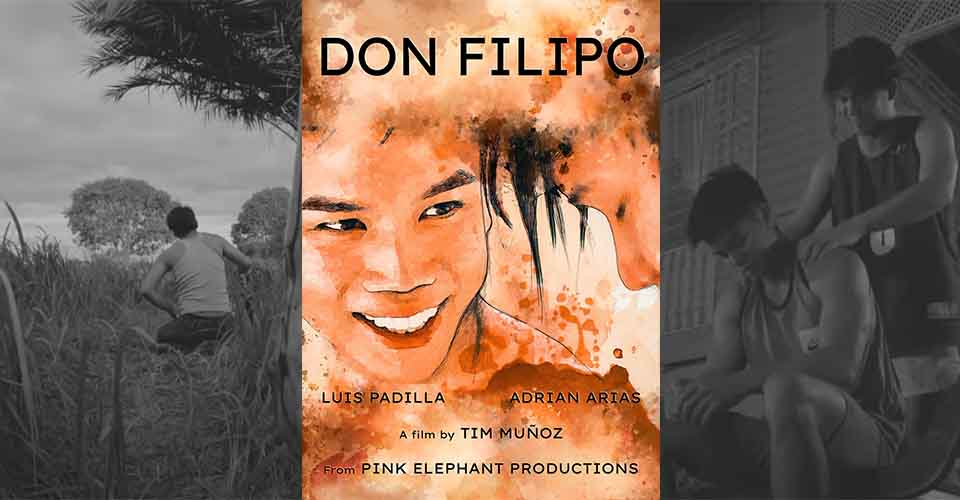 Yesterday, different timezones met to make the mini press conference for the Cinemalaya 2021 entry “Don Filipo” possible. Hosted by TV Patrol showbiz correspondent MJ Felipe on his Youtube channel, the presscon was streamed live from Los Angeles, California with the lead actors and members of the media in the Philippines. The film’s director, US-based filmmaker Tim Muñoz, was also present and came in live from New Jersey.

What is Don Filipo about?

Don Filipo was shot in Baliuag, Bulacan in February 2020 right before the country went on a lockdown. It stars newbie actors Adrian/Drei Arias and Luis Padilla.

“I’m the caregiver. I’m the…how do I say it without spoiling it?,” Luis smilingly talked about his character, treading carefully not to give away too much. “Taga-Manila na pumunta sa province para humanap lang ng work not knowing na may madidiskubre sa place, sa province, at sa taong inaalagan ko.”

The film is about a nurse who was fatefully led to a life in the province. He will be working for an old man named Don Filipo, completely oblivious to the dangers of his work and the mysteries inside the seemingly haunted mansion. His life may be put in danger.

“May trust naman ako sa kanila to execute it, hindi na ako masyadong mabusisi when it comes to sexual scenes. Mabusisi lang ako sa shots pero in terms of mga actors, I trusted them to do whatever the roles required. Andun na lang ako,” Direk Tim told Random Republika and showed full confidence in his lead actors. He shared that he just went as far as giving them character backgrounds for briefing. The director gave Luis and Drei a lot of freedom to attack their daring roles. “I have very talented actors who can execute it very well. Very daring sila,” he ended.

When asked how they prepared for the sensitive scenes, Luis had a funny anecdote to share. He said, “Funny story. Noong first day of shoot, para kaming nagulat na ‘yun na agad ang scene na ishu-shoot.” The commercial model-theater actor was amused by the fact that they shot the daring scenes on the first day he and his co-actor Drei Arias met.

“The first shoot day was also the first time we met each other. It was really funny at that time. First BL namin pareho. We were awkward but at the same time we knew that once we get through the sensual scenes, madali na ‘yung iba. It was fun, it was fun. Hanggang ngayon, ‘yung scene na ‘yun natatawa pa rin ako ‘pag naaalala ko,” Luis beamed.

Don Filipo surely has a lot of unraveling of mysteries to do. Catch it on KTX.ph (https://www.ktx.ph/category/cinemalaya-don-filipo) as it is currently streaming under the Indie Nation Category of the Cinemalaya Film Festival 2021.

*Random note: The list of Don Filipo’s awards from all over the world 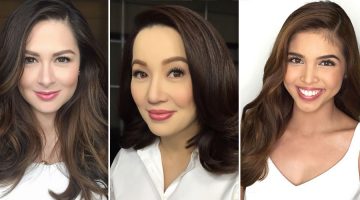