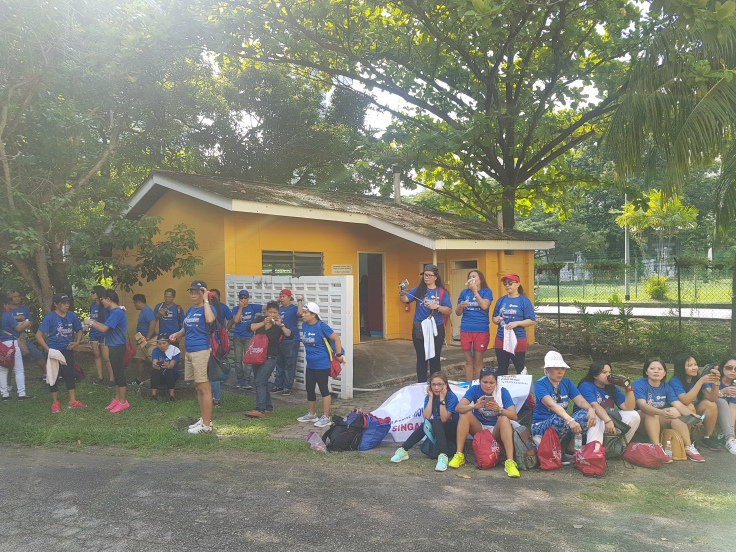 It is another time of the year where the Filipino Community in Singapore gathered to show their unity through the third “Bayanihan Walk 2017.” The 3.88km fun walk with over 200 participants took off last Sunday, 21 May 2017, at the Labrador Park from 8 a.m. The walk started and ended at the Philippine Bayanihan Centre grounds.

According to Ms. Min Lau (Chairwoman of the Bayanihan Walk 2017), the walk aims to promote unity while nourishing a strong bond within the Filipino community and building better relationships with other communities. The participants mightily indulged themselves under the heat of the sun knowing that each step they take aims to support a great advocacy: to promote positive values and also to encourage fellow OFWs to become role models. 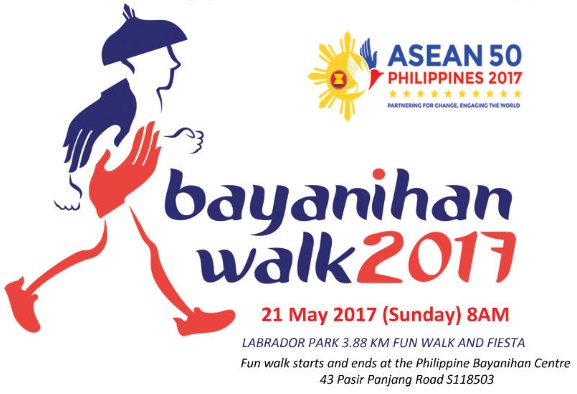 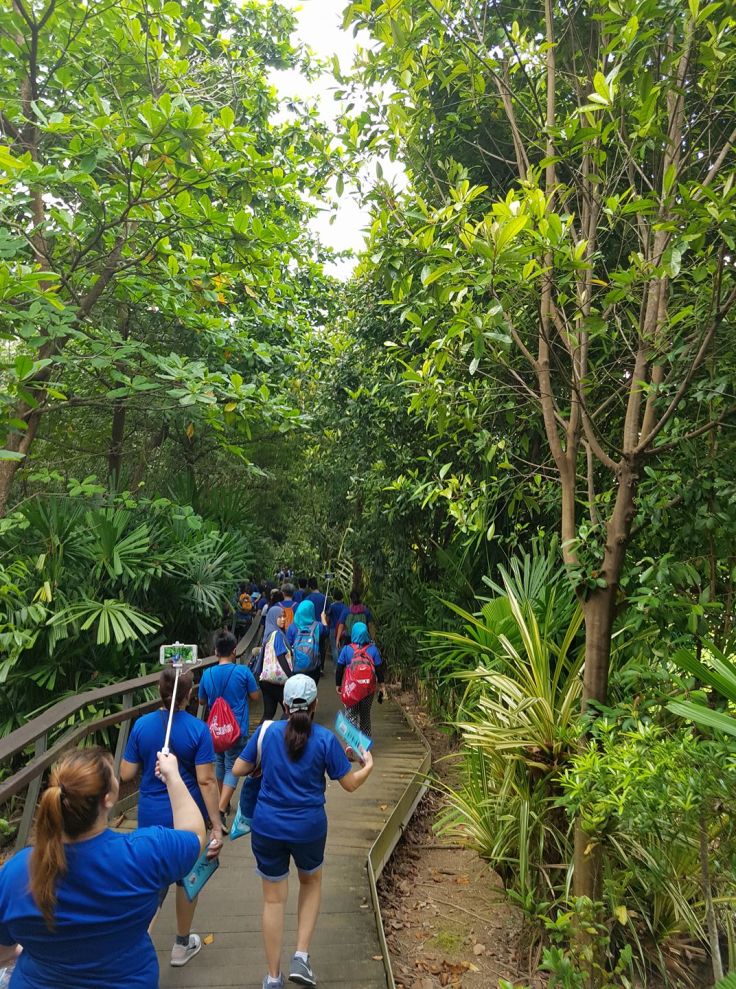 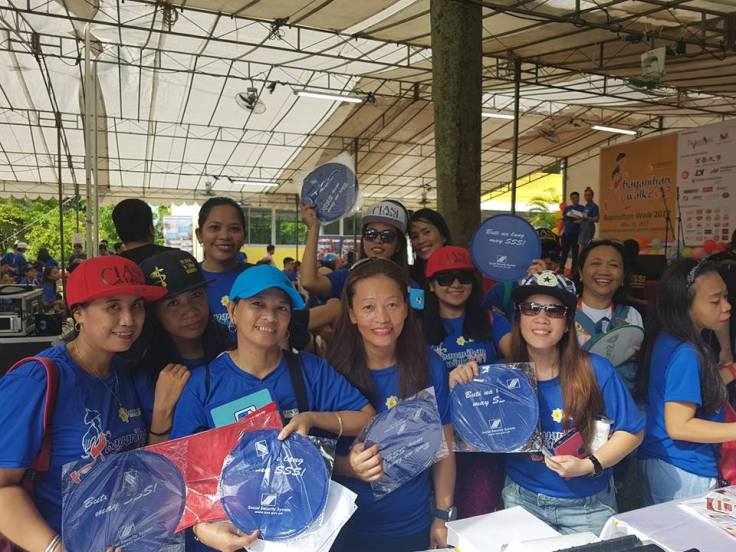 To raise funds, there was a minimal registration fee of SG$25, and in return, everyone received free goodie bags. (Photo grabbed from Facebook posts of Ms. Elena Clemente)

There was a 4-hour program prepared by Filipino volunteers for everyone to enjoy while drying their sweat and re-hydrating themselves from the long walk.  The program was inspired by Filipino fiesta tradition with all the cultural performances and raffle draws where the winners can bring home 3 Philippine Airlines round trip tickets plus a money card from the Philippine National Bank. 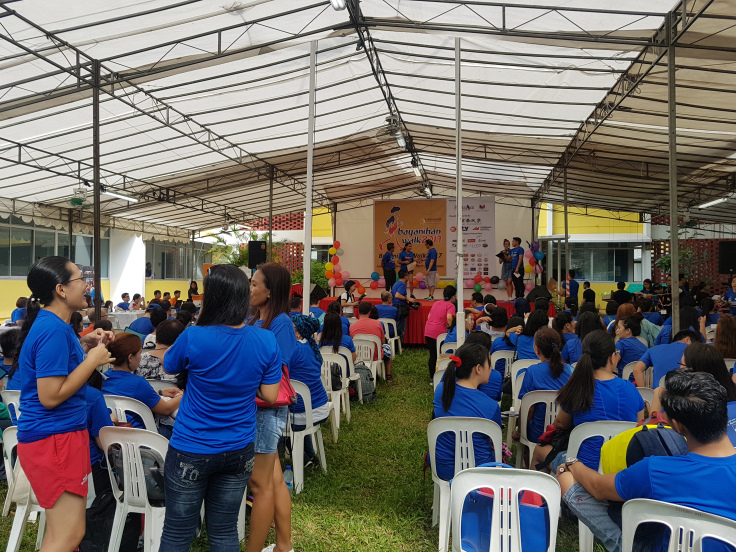 Philippine Embassy Ambassador H.E Antonio Morales gladly shared in his welcome message that the number of participants this year has increased and sincerely hopes for everyone’s continued support. 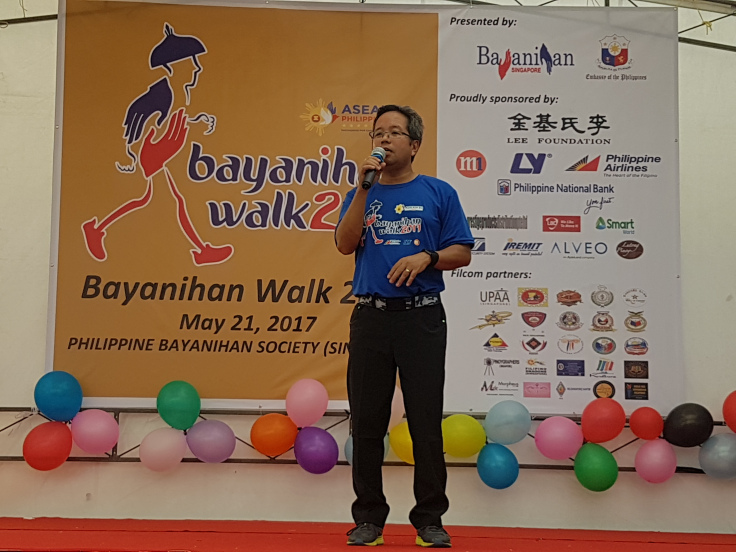 The performers were all volunteers who showcased their talents. I managed to have a quick chat with some of them while they were practicing backstage.

Ms. Cora from the “Royal Zumba” who has been living in Singapore for 18 years said that,“we decided to perform in the event to show our support and also to promote fitness awareness to our fellow kababayans. With all the stressful life at work, we need to remember to keep healthy.” 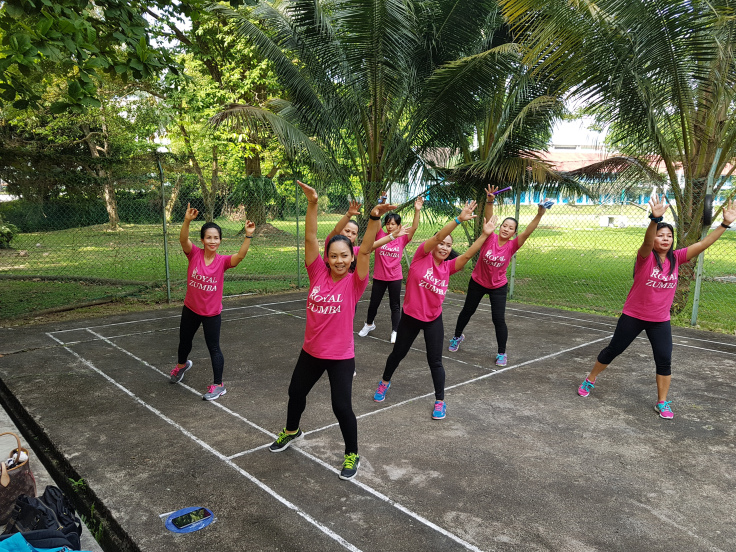 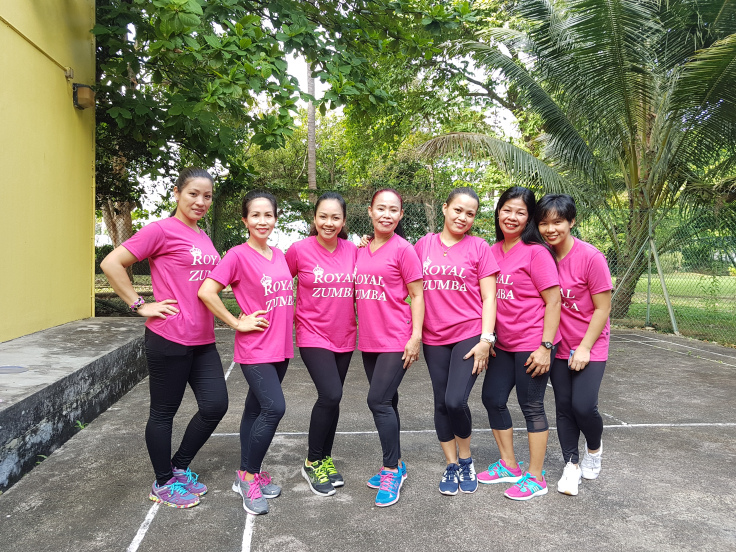 The Royal Zumba while practicing their dance at the backstage.

A performer from another group “Kultura” named Mhlit who has been living in Singapore for 50 years also shared that,“this is something I have been doing since I was in grade school and I am very happy to share my time and talent to my fellow Filipinos. “ 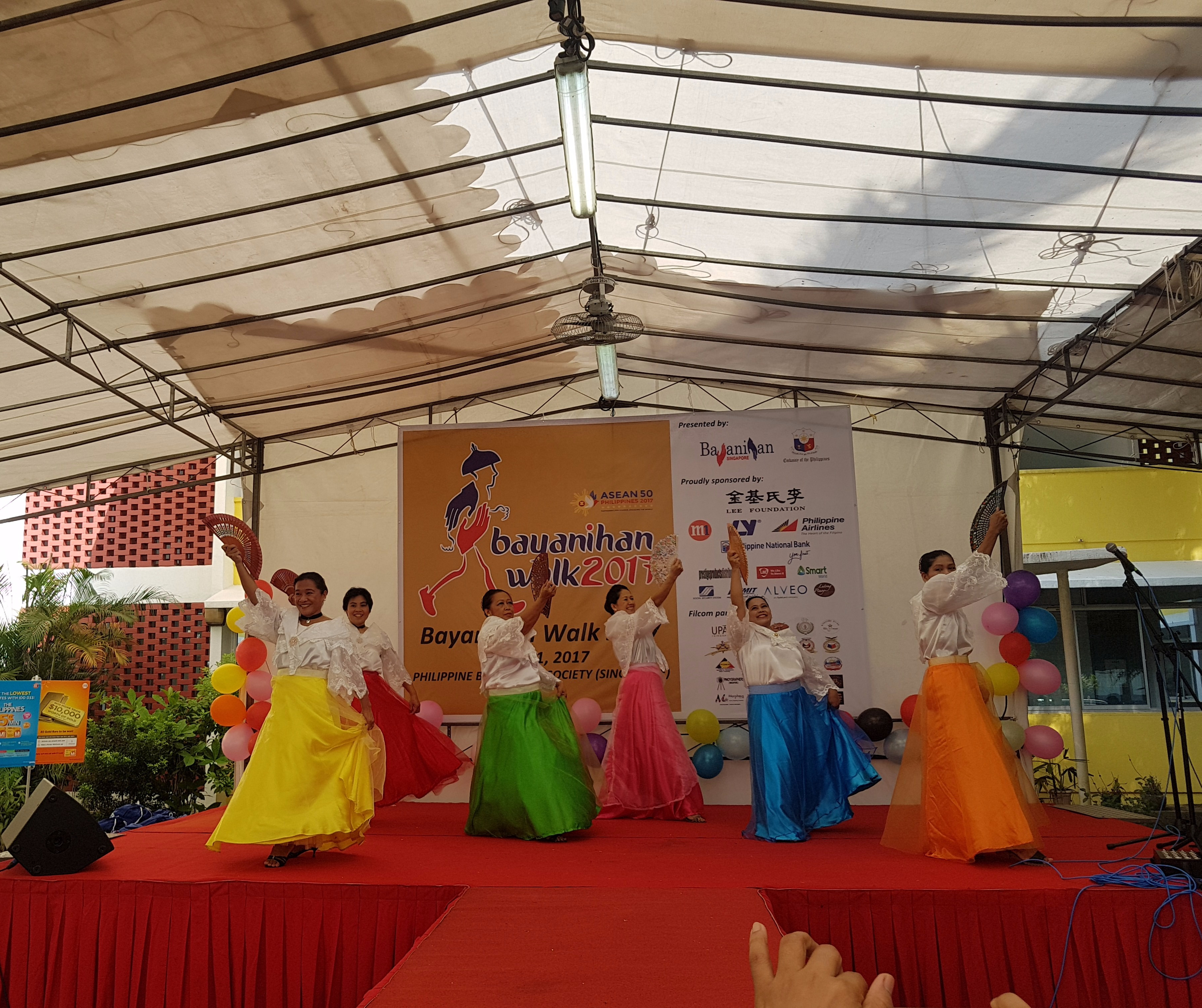 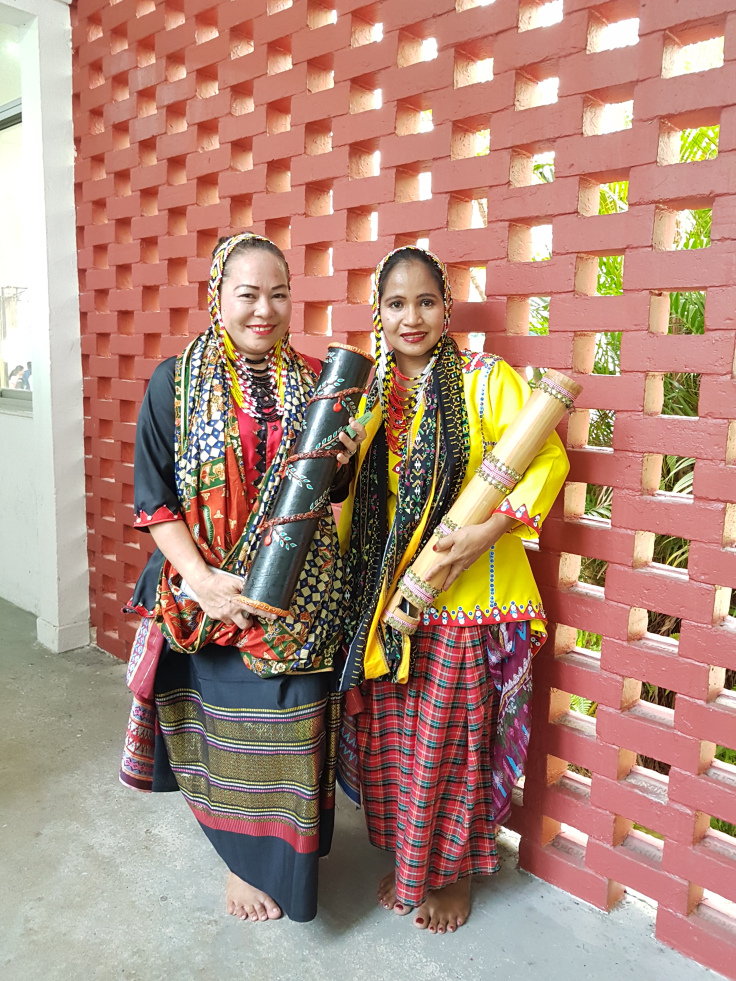 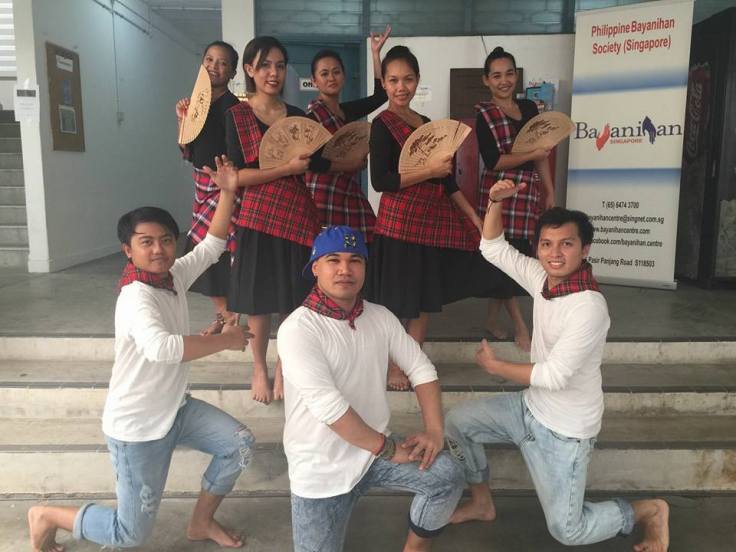 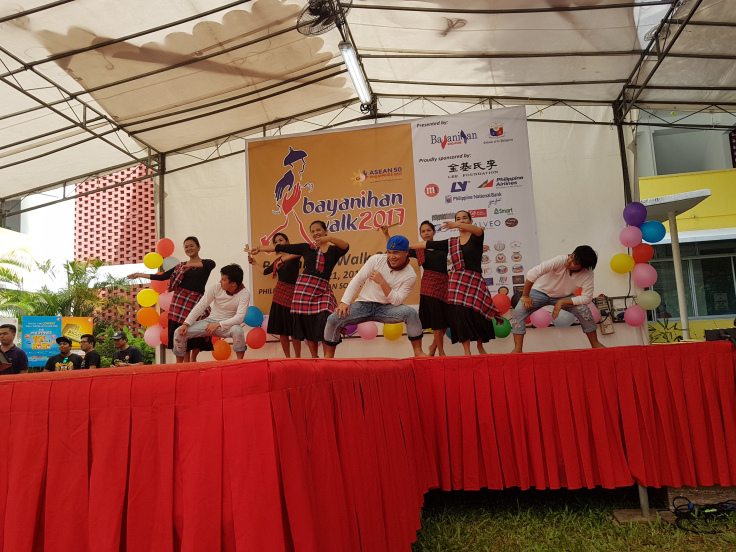 The Filipino Dance Club Singapore as they wowed the audience in their cultural mixed with hip-hopdance number.

While some were enjoying watching the performances, others were also busy walking through all the exciting booths of the sponsors around the vicinity. M1, PNB, LBC, SSS, Smart World were few of the many sponsors. 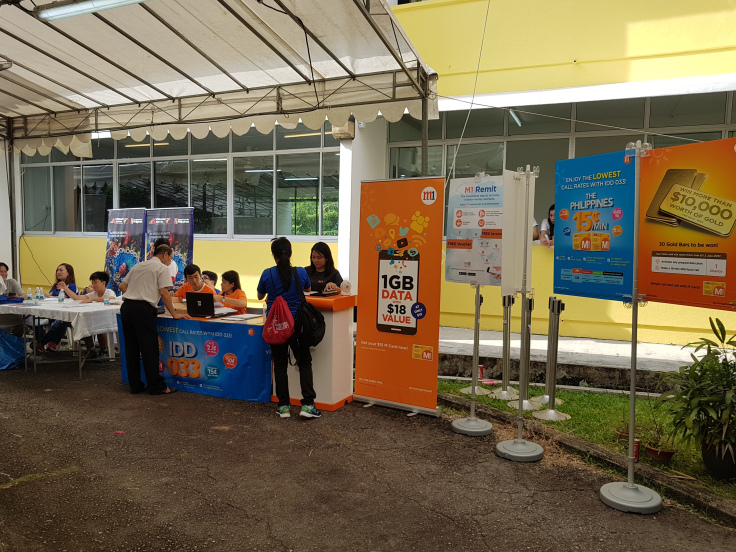 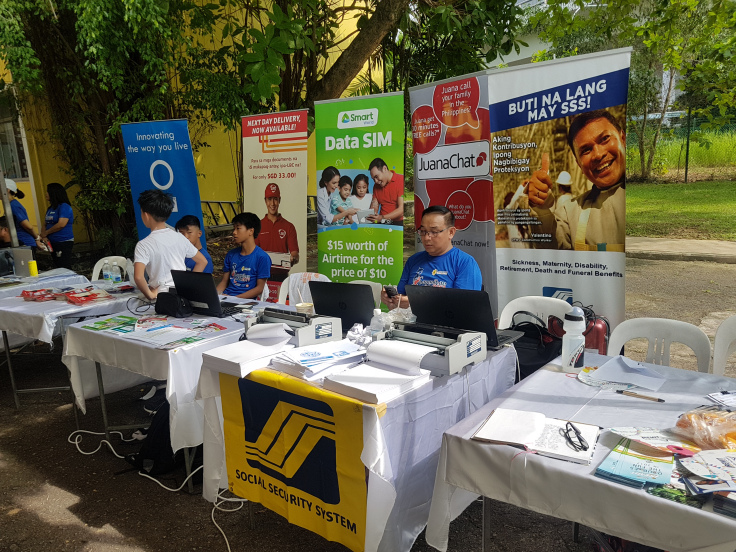 The entire fiesta program was spearheaded by Morpheus Hub Events & Productions’ talents. The program was led by the Dream Top Model (DTM) Season 3 Grand Winners, Paulo Canlas and Irayori Gonzales. Some of their fellow models volunteered to host and sing in the event.  The team has indeed manifested an impressive unity to ensure the program runs smooth, fun, meaningful and successful. As Paulo posted

See also  Behind the Scenes: At the Dream Top Model 2016 Go-See

As Paulo posted on his Instagram account,”Dream Top Model is not just about fashion shows and photoshoots. It is also about giving back to our OFW-SG kababayans.” He further highlighted in his interview with Random Republika during the event that,“supporting such events is something that Morpheus has been actually doing for the past years. It is one of the charity components and we are more than happy to continue the tradition.” 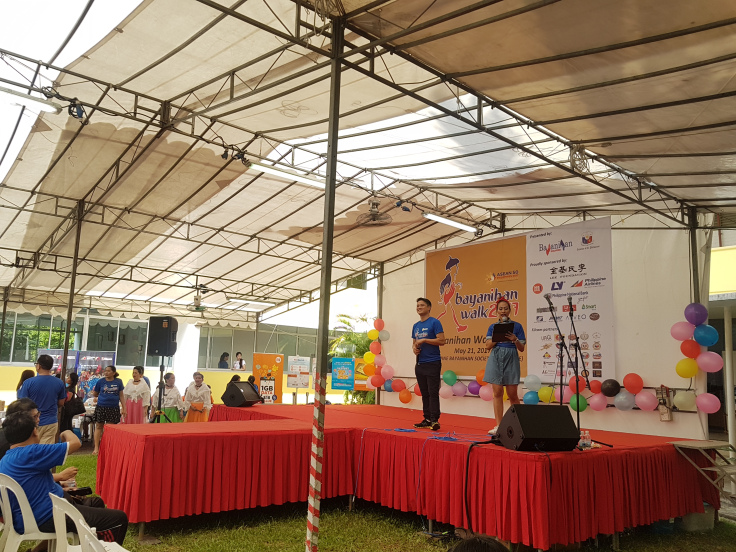 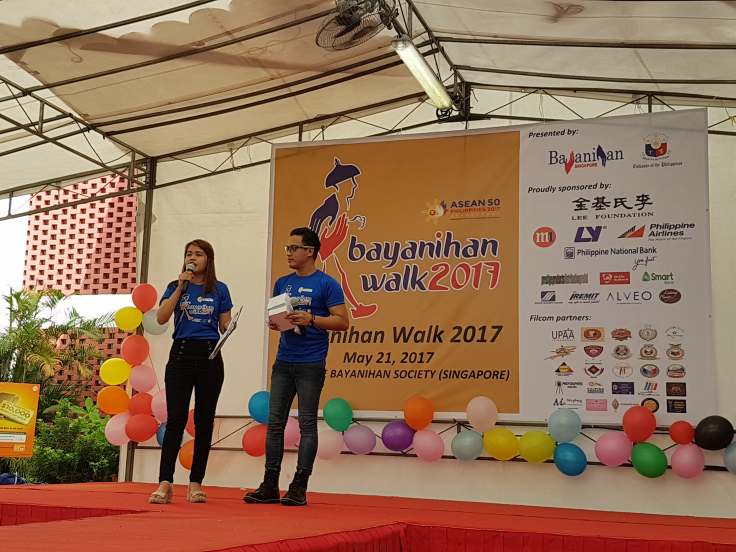 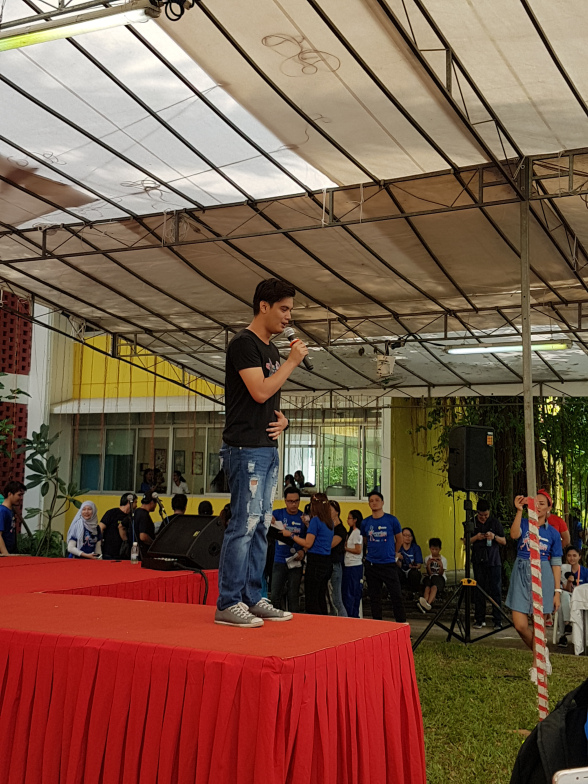 Morpheus Star, Vimer Montanez, in his first singing performance on stage with the song “On the Wings of Love” 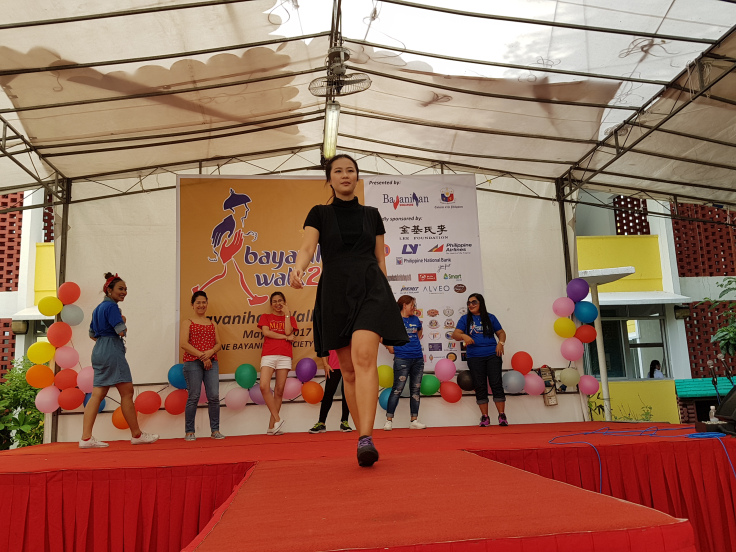 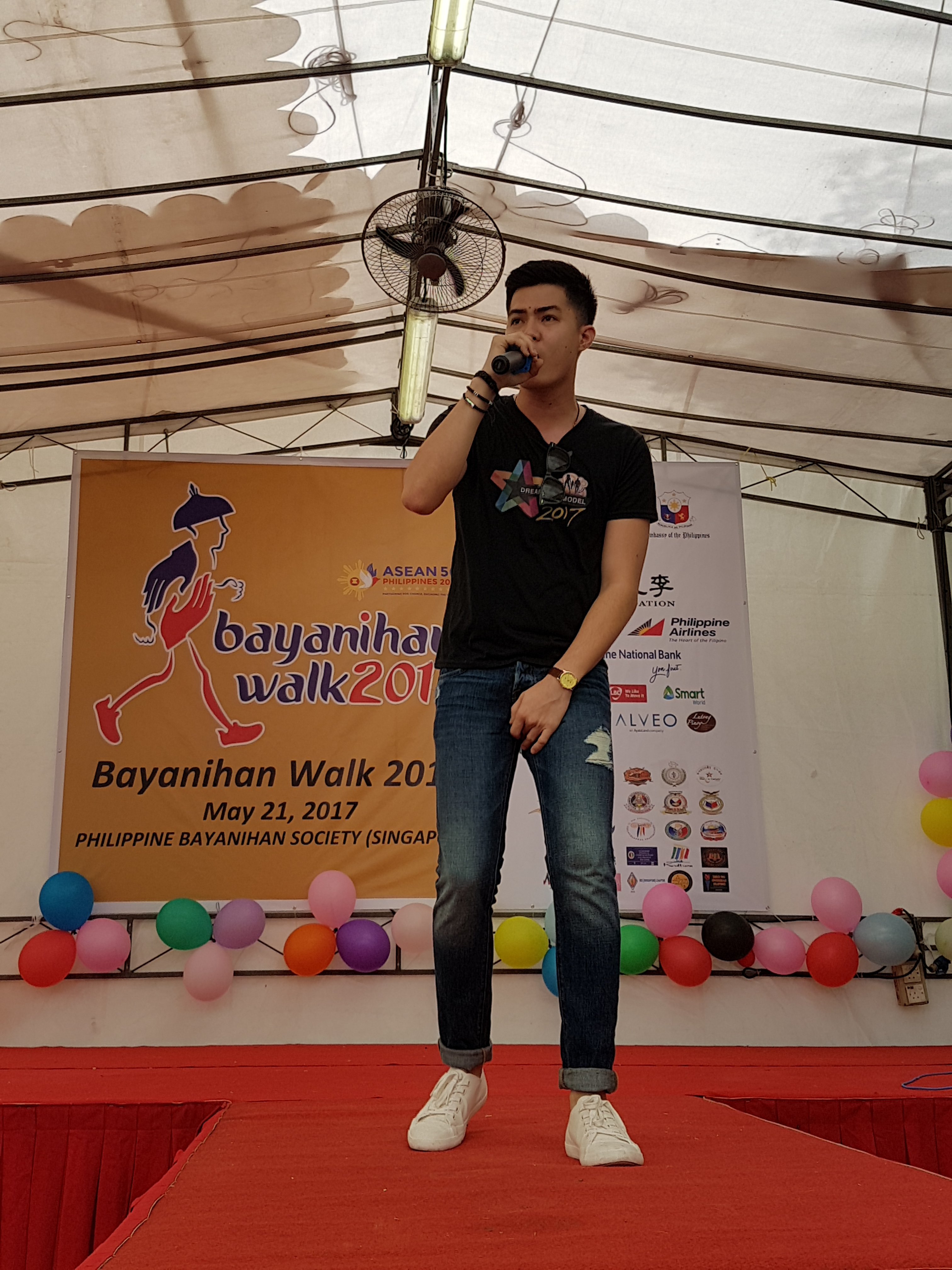 Morpheus Star, John Paul Ilagan (dubbed as the singing heartthrob), as he sings and grooves to the song “Sugar” 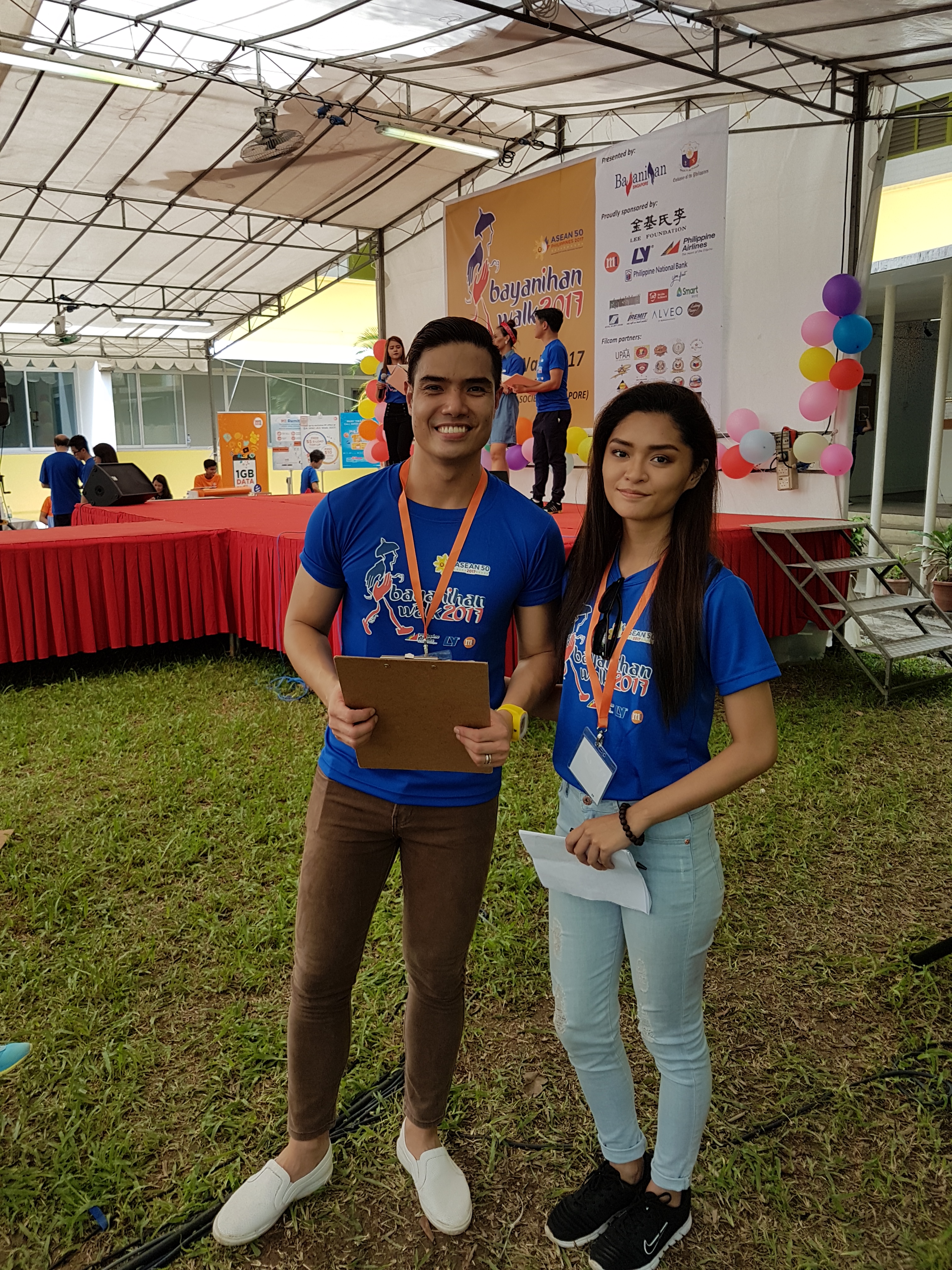 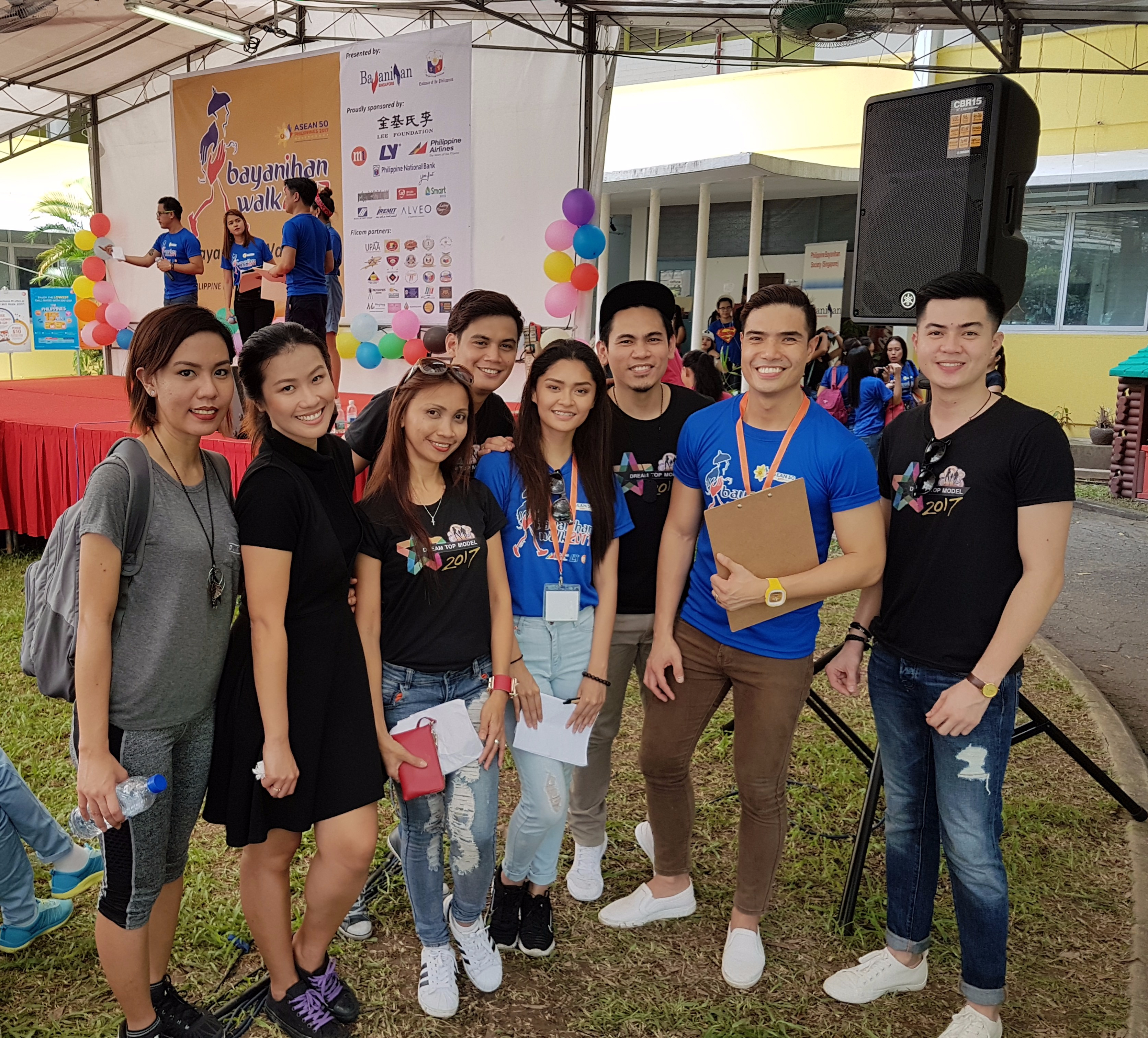 The event ended with the closing remarks by the Philippine Bayanihan Society Singapore President, Mr. Ranvir Kumar, thanking all the volunteers, performers, partners, sponsors and participants. He said, “all the funds that have been raised will surely go to our activities here – it will go back to the people. Bayanihan Center has been around for 16 years already. Many people have attended our courses. Everyone is welcome to take courses or conduct any courses here.” 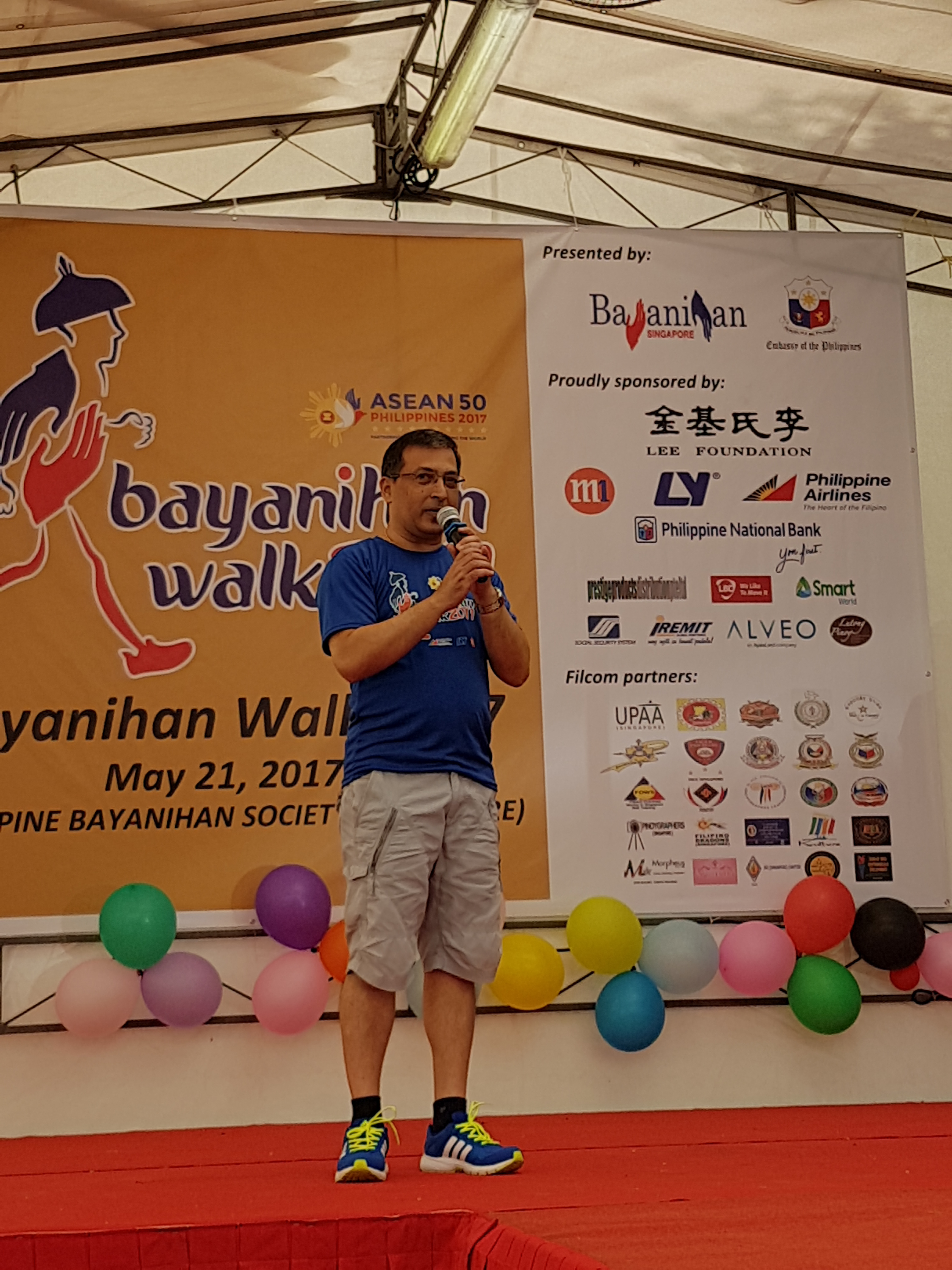 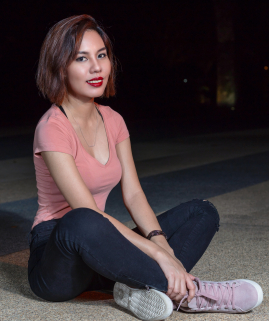 About the Author RandomRepublika.com (Contributor): Aby 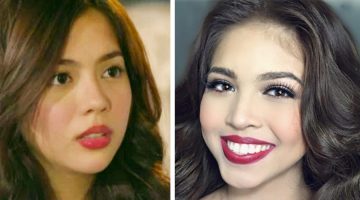