WATCH: Gerald Anderson and LizQuen in ‘Everyday, I Love You’ TRAILER 2 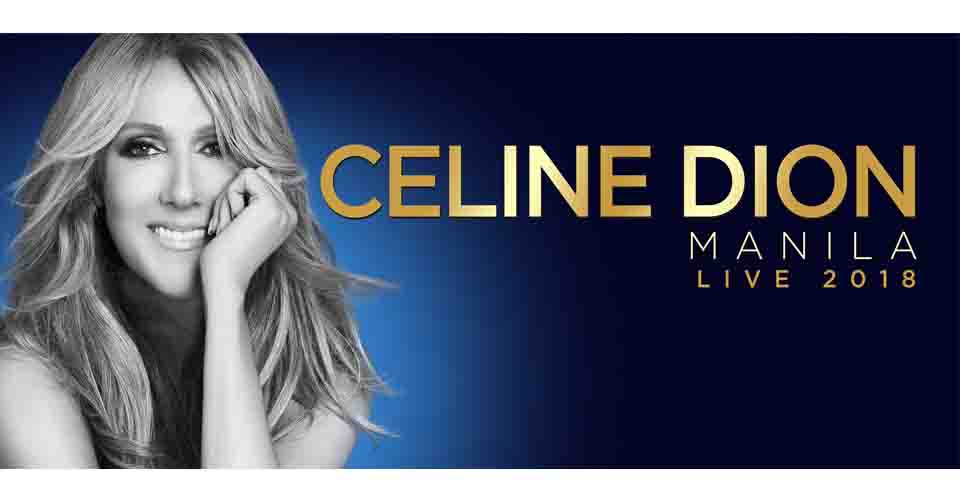 International singer Celine Dion has announced she will head overseas this year with her highly anticipated LIVE 2018 Tour to perform in seven cities across the Asia-Pacific region. Scheduled to kick off on June 26 in Tokyo, the CELINE DION LIVE 2018 Tour will see Celine return to cities she hasn’t performed in for ten years, including Tokyo and Macau, and cities she will perform in for the first time ever, including Singapore, Jakarta, Taipei, Manila and Bangkok. 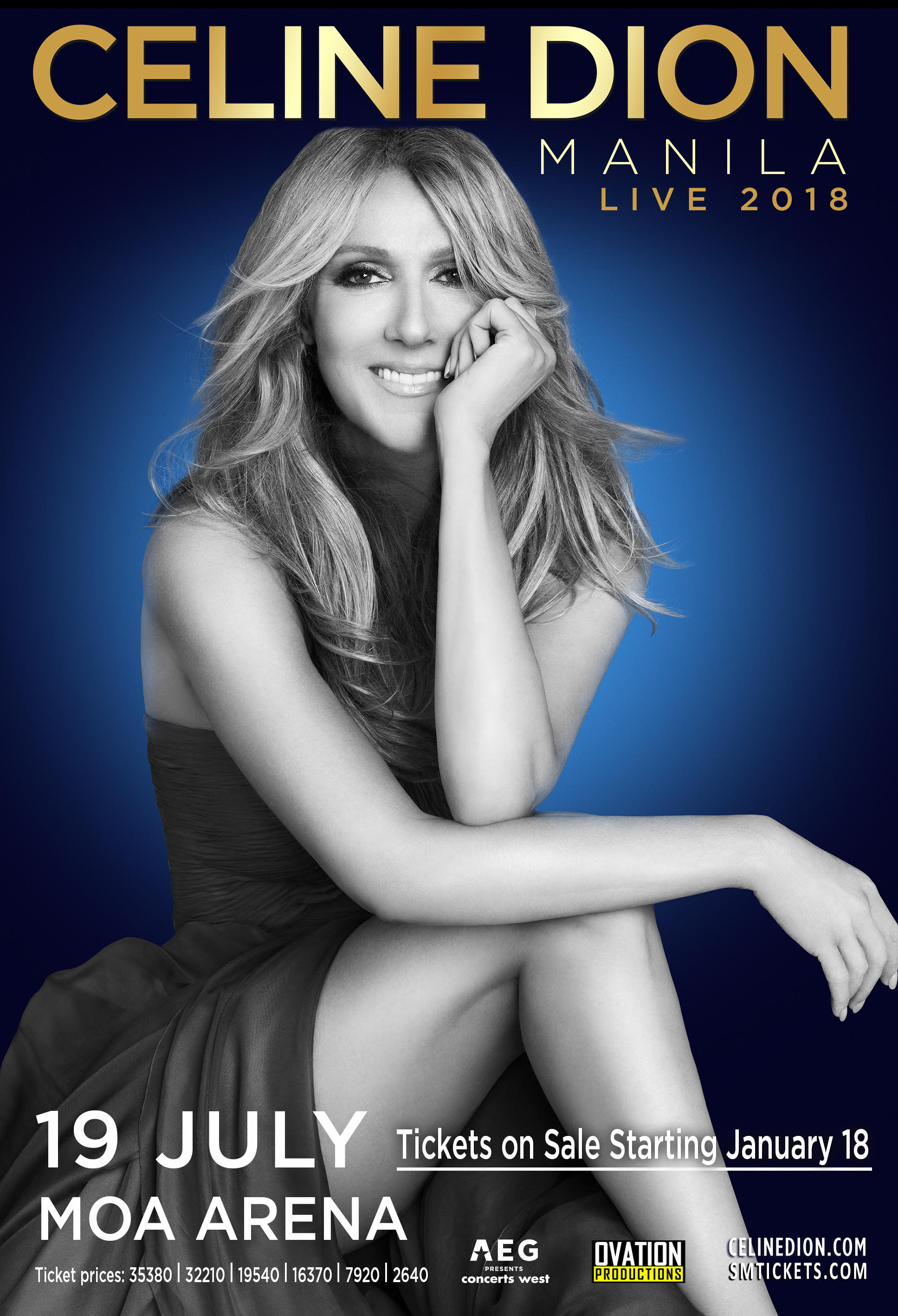 Tickets for CELINE DION LIVE 2018 in Manila will go on sale to the public beginning 18 January at 10 AM. Members of Team Celine will have access to purchase tickets before the public through an advance pre-sale from 16 January to 17 January. The tour is produced by AEG Presents and co-produced by Ovation Productions in Manila. 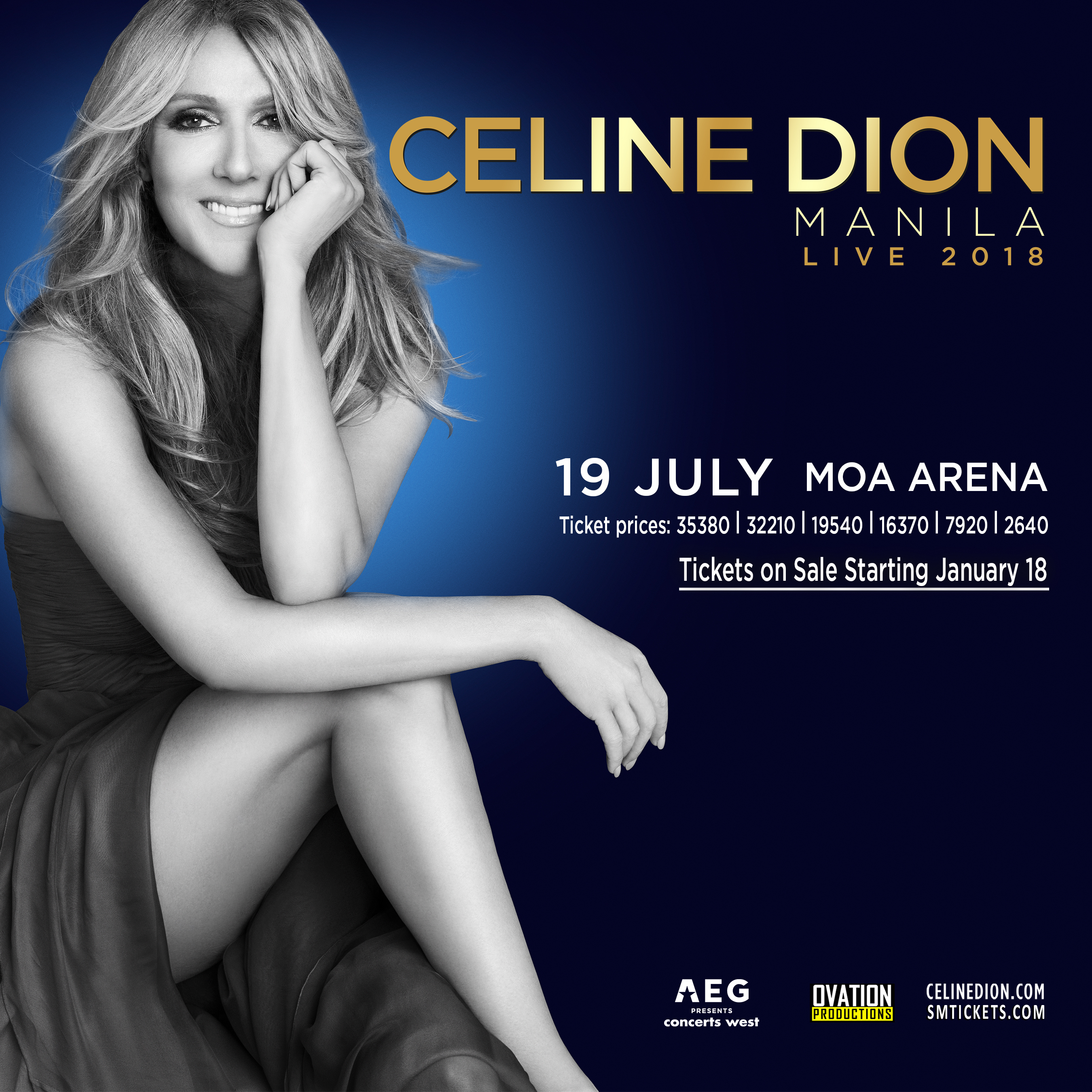 Tickets for CELINE DION LIVE 2018 Tour in Manila will go on-sale to the public beginning 18 January.

One of the most immediately recognized, widely respected and successful performers in pop music history, Celine Dion has sold almost 250 million albums during her over 30-year career. She has earned five Grammy Awards, two Academy Awards and seven American Music Awards.  In 2004, Celine  received the Diamond award at the World Music Awards recognizing her status as the best-selling female artist of all time. In 2016, the Billboard Music Awards presented her with the lifetime achievement Icon Award.  Celine continues to break records with her ongoing Las Vegas residency at The Colosseum at Caesars Palace which has played over 1,000 shows to more than four million fans.

AEG Presents is one of the largest live music companies in the world.  The company is dedicated to all aspects of live contemporary music performances, including producing and promoting global and regional concert tours, music events and world-renowned festivals.  AEG Presents promotes more than 8,000 shows annually worldwide.  For more information, visit aegpresents.com.

Ovation Productions is a pioneer concert promotions company in the Philippines operating since the 1970s headed by veteran promoter Renen de Guia. It directly buys, promotes, and handles all production of its concerts ‘in-house’. The company has expanded the concert market for international artists by breaking into and developing provincial cities in the Philippines aside from Metro Manila. For more information, visit ovationproductionsmanila.com. 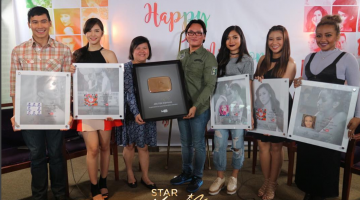