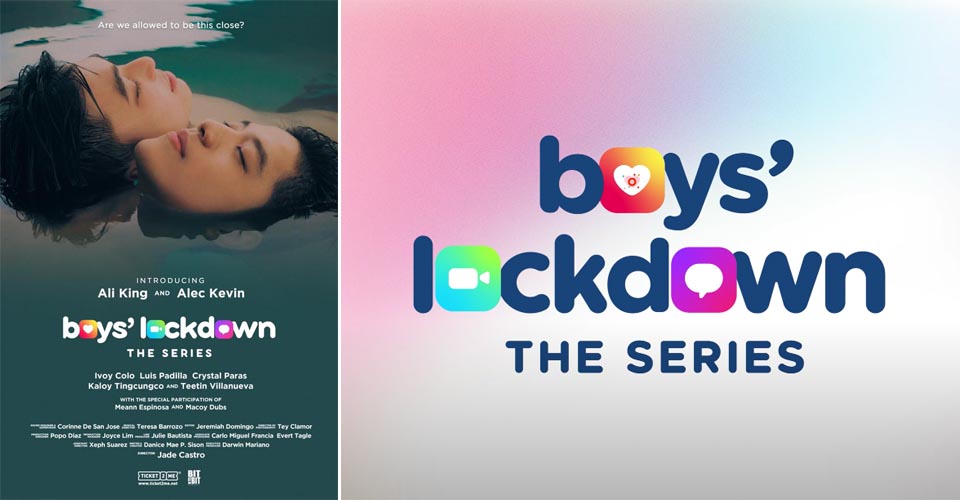 Ticket2Me, Southeast Asia’s first blockchain-enabled ticketing platform, has released the official trailer of Boys’ Lockdown, an online series debuting on October 15. Fans were introduced to Key Kalunsod (Ali King) and Chen Chavez (Alec Kevin)  and were given a glimpse of how their story will thrive in a pandemic, finding new ways to be happy, enjoying their youth, and falling in love.

The growing affinity for the Yaoi or Boys’ Love (BL) genre globally is evident in the great number of production and digital entertainment companies who have responded to the demand with new and original stories that enthrall avid BL fans.

Ali King makes his debut in show business through Boys’ Lockdown. He is an ad industry professional by day and a social media savant posting engaging content daily.

Alec Kevin, who appears to be the quieter of the #KeyChen duo, has starred in the critically-acclaimed short film Fish Out of Water that won the Special Jury Prize for a short film in the 2016 Cinemalaya Independent Film Festival and was nominated in the best short film category in the 2017 Gawad Urian Awards.

The series is created by a powerhouse team featuring some of the most lauded creatives in the entertainment industry. It is directed by the award-winning Filipino film director, screenwriter and producer Jade Castro, who is best known for his works My Big Love, Zombadings, and Endo, which won the Jury Prize at the 3rd Cinemalaya Independent Film Festival, and Best Screenplay at the 2007 Gawad Urian.

The woman who birthed the idea of Boys’ Lockdown is writer and novelist Danice Mae P. Sison, a BL-fanatic who has worked with Philippine media giants ABS-CBN and GMA Network as well as international media organizations Nickelodeon Asia, Hallmark Channel, and DIVA Universal Channel.

The show’s director of photography, Tey Clamor, is a multi-awarded cinematographer whose works include Pan de Salawal, Ang Babaeng Allergic sa Wifi, and Ex with Benefits. She was awarded with the Best Cinematography for Ned’s Project at the 2016 CineFilipino Film Festival and for Metamorphosis at the 2019 Cinema One Originals Digital Film Festival. Production designer and art director Popo Diaz is known for Mamu: And a Mother Too, Respeto, 1st ko si 3rd, and Dementia that won him the 2015 Gawad Urian Award for Best Production Design. Lastly, Assistant Director Xeph Suarez is a queer Mindanaoan filmmaker based in Metro Manila, having directed short films such as Si Astri maka si Tambulah which earned him Best Director and a Jury Citation for Best Film at the 2018 Cinemalaya Philippine Independent Film Festival 2018. He also produced “Hondo,” 2016 QCinema International Film Festival’s Best Short Film.

Boys’ Lockdown is a story of hope, forming genuine friendships even during inopportune times, and the determination to survive this pandemic as better people, who, despite odds thrown at them, continue to move forward.

Watch out for the newest BL series. Boys’ Lockdown is set to premiere this October 15, 2020 on Ticket2Me’s video player and will be available on Ticket2Me’s Youtube Channel by October 18, 2020. Visit Ticket2Me’s website www.ticket2me.net and their official social media pages to be updated on the latest happenings on Boys’ Lockdown.

Ticket2Me is Southeast Asia’s first blockchain-enabled ticketing platform, and is the country’s fastest growing ticketing and event technology company with more than 11,000 combined cash and online payment options throughout the Philippines. It is the country’s only fully digital, end-to-end ticketing company that can serve both live and online events.

Despite the struggle of the live entertainment and events industries, Ticket2Me adapted to the new normal brought about by the pandemic. Event organizers, venues, and ticket buyers may access the platform and buy tickets via www.ticket2me.net and the Ticket2Me iOS and Android apps. 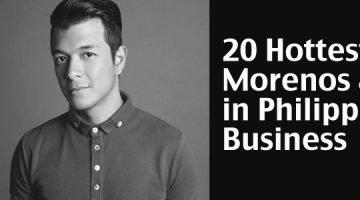