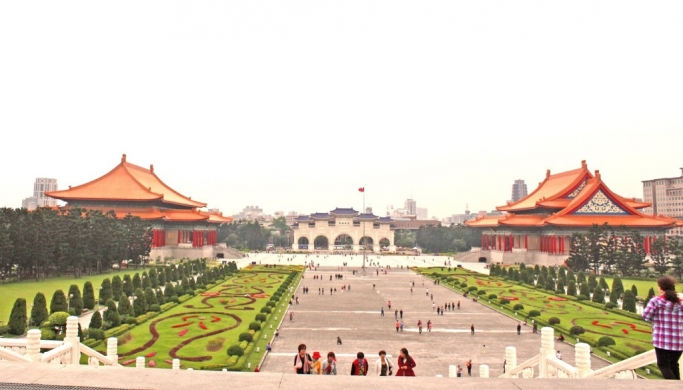 Four days in Taiwan will never be enough… It may already seem long for some especially if you’re spending your entire trip in the city of Taipei alone, but I tell you, you will never run out of things to do and of places to visit here. From shopping, sight-seeing, to chowing down street food at night markets, you might want to spend at least a week to really immerse yourself and get into the pulse of this big, vibrant city.
——————————————————————————————————

Before this trip, I didn’t really have any big expectations about Taipei. All I wanted was to just have some R&R with my friends in some nearby Asian city. All of us eventually agreed that Taipei was our best bet for a quick four-day April getaway. Aside from the famous Taipei 101 building, the yummy xiao long baos they serve in the original Din Tai Fung restaurant, and the F1-Meteor Garden craze happening back in the Philippines, I was totally clueless about the other must-do, must-visit, must-eat, must-buy and must-try in this city.

Thank god for Google, I’ve managed to create an exhaustive-and-exhausting and semi-unrealistic itinerary to cover the most exciting tourist spots and hangout places in town. Well, if you try grouping almost 10 tourist spots located in different parts of the city together and in just one day, that’s very much IDEAL but definitely UNREALISTIC, isn’t it? And due to the limited time that we had–Gosh Abelgus!–we eventually didn’t finish the whole schedule that I prepared. We skipped a couple of destinations here and there and opted for a more practical itinerary.

Having very little expectations about Taipei as a nation and as a travel destination helped me open up to more discoveries I will find along the way. Here, I’ve listed 15 Surprising Discoveries I’ve stumbled upon while on an adventure in this buzzing capital:

1.  AWARD FOR FRIENDLIEST AND MOST HELPFUL
——————————————————————————————————
Taiwan’s best asset are their people, and we have nothing else to say but pure praises! From the taxi drivers to the old lady I’ve encountered selling nougats in a night market… they are all very courteous and helpful. Although I had apprehensions at first due to the possible language barrier (since I don’t speak Mandarin at all), it wasn’t that challenging as I envisioned it to be to move around and ask around as compared to other Chinese cities like Hong Kong or Beijing.
I remember when I was buying a cute decor from a young lady in a store located in Taipei City Mall (an underground shopping mall that was connected to the Taipei Main Station), she understood everything I said but her challenge was how to converse back in English. Anxious at that time, she then called an old lady in her sixties who was also shopping at her store to help her with the translations. The old lady then immediately helped her to explain how I can carefully pack the decor I just bought and place it in my luggage before my flight. As if the explanation of the old lady wasn’t yet enough, another old man approached everyone of us in the counter to check if everything was all right and asked if he can also help out. Seriously? I couldn’t help but smile at that time because every other Taiwanese I’ve met during the trip were just plain helpful.
——————————————————————————————————
2.  ‘YO BRO, THEY’VE GOT SOME TRAIN MANNERS
——————————————————————————————————
The Taiwanese are also very orderly citizens of the earth when it comes to queuing up while waiting for the trains to arrive. They form two lines (one on the left and the other one on the right) and they also give sufficient space for people who need to exit the trains. If only the Cubao MRT station or the LRT stations like Betty Go Belmonte (just because I love saying Betty Go Belmonte) can transform to something like this… hayyy buhayy.

Well they’ve got some escalator manners too! If you are not in a hurry, then just stay on the right side. But if you are, climb up the escalator and take the faster lane up on your left.

I still don’t get it why there are only a few trash bins around the city. There are a lot of food stalls, bakeries, and 7-Elevens in Taipei so you will always end up buying something while strolling around, but the trash bins are so scarce, you will need to carry your trash till you find a bin somewhere (like inside the train stations). Perhaps it’s also the government’s strategy to maintain the cleanliness of the streets and to train people to not litter around? Good move, I say.

Here’s my friend Eryan Marika eating her first-ever breakfast in Taipei and having a hard time afterwards finding a place where she can dump her trash (including an empty Mary Grace box and paper bag which we brought straight from Manila as a pasalubong to our host):

The best views of this tallest structure in Taiwan (and 5th tallest in the world) is definitely from afar. The photo I took above was from a street near the Daan MRT station. Alternatively, you might also want to get a bird’s eye view of the city skyline (including the Taipei 101) from atop the Elephant Mountain.
If you’re planning to take a selfie photo with the Taipei 101 as your beautiful backdrop from the foot of the Taipei 101 building itself, you might want to think again. Stiff neck alert!

Don’t get a heart attack if your taxi bill ends up at around TWD1,200 (or around PHP1,700) with surcharge, tolls and all if you are traveling from the airport to the city at night. You have other options like airport buses that take you to certain destinations in Taipei that charge way cheaper. However, you may want to check their schedules because they only operate at certain timings.

It’s pretty much a common sight to see people eating small bites while walking around the streets of Taipei unlike other Asian countries I know (ehem, Japan). You’ll probably see someone shopping in a night market while holding a sausage on one hand and a bubble tea drink on another. Can’t stop eating while in Taipei? Then do as the locals do…

Speaking of food, Taipei probably has one of the most unique street food offerings in the world. We’ve visited two night markets: the busy Shihlin Night Market and the scenic Tamsui Old Street Night Market with views of the Tamsui River. Both are equally remarkable with different food options to choose from.

And then there’s the Taiwanese version of our Pinoy isaw (chicken/pork intestines):

They’ve also got this cute chocolate-flavored ice-cream that looks like a plant in a pot:

If you expect most Taiwanese to be stylish daily on the streets–just like the actors you see on on a TV series–well, you’ll probably get disappointed. This is not Tokyo, Seoul, or Hong Kong. I may be wrong, but what we’ve noticed is that they prefer simple, casual, comfy types of clothes such as jeans, jackets, and dresses over extreme glammed-up looks.

If you are looking for excellent dim sums and noodles in Taipei, visit the Michelin star awarded Din Tai Fung, a resto that originated in Taiwan and is now located in different parts of the world such as Singapore, Hong Kong, Australia, and even in the United States.

We ordered around eight dishes, good enough to fill four people, and we spent only about TWD400 each. Having previously tried the Din Tai Fungs in Sydney and Singapore, we felt it’s cheaper to dine in their Taiwan branches than in other countries.

Unlike Bangkok or even Manila where you’ll see a dozen of money changers in every corner of a shopping area, in Taipei you will hardly see them anywhere. We spent almost half an hour looking for a money changer around the Wufenpu fashion market, only to find out that there’s none. One of the store owners directed us to a local bank a few blocks away from Wufenpu. We eventually didn’t go anymore as we realized afterwards that banks normally close at around 3:30 p.m.

The money changers we only saw in Taipei are found in the 1) airports, 2) inside malls and that they are not usually found in small streets and in night markets.

Need to go to the toilet? All the Taipei train stations have clean loos so no need to worry about where to pee or take a poop while on a city tour.

If you find anything you want in a particular store, chances are you will find the same item in another store at a cheaper price. Try shopping at another night market in a different location, most likely you will see the same item again and you’ll be able to save a few more dollars. Try to also bargain as it’s an accepted practice in the Taiwan street markets.

My friend Jayps bought a bag at Ximending at TWD800, he later found out that Shihlin is selling the same bag at TWD400. Say what?

What’s the best way to cap off your busy shopping night-outs and long walks? A good body/foot massage! You will see these small massage shops everywhere. Plus some of them even offer 10 percent off for all walk-in guests after 9 p.m. 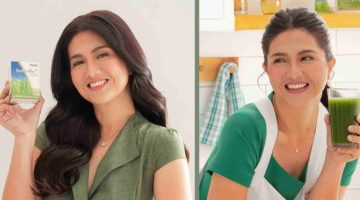 Dimples Romana lets us into her health transformation secret