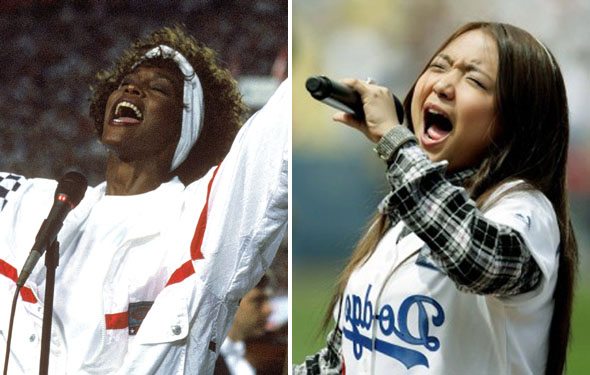 Before you chew our heads off and say that this is one of those Sarah Geronimo vs. Regine Velasquez posts, we’d like to make it clear that we both love Charice and Whitney Houston, and both are worthy of praise in their own right. So yes, this isn’t one of those posts.

For one thing, it is really still too early to compare Charice to Whitney, considering they’re not even the same age, and the former has just been in the industry for a few years (but then again, it is quite apparent where Charice is heading, ain’t it? 🙂 For another, well, let’s just say we are grateful to people who share their talent to the world, and talent, real talent deserves recognition, whoever possesses it.

But check out these renditions of the Star Spangled Banner, the U.S. national anthem. The song in itself is a very beautiful piece, one of the most awe-inspiring national anthems in the world.  And our two most favorite versions were performed by none other than Charice and Whitney, who both sang the song at the Superbowl. All we can say is wow!

Rest in eternal peace, our beloved Whitney. You will be missed. 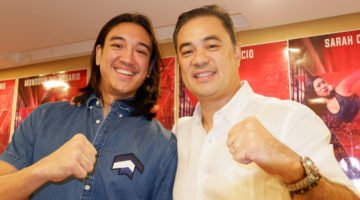