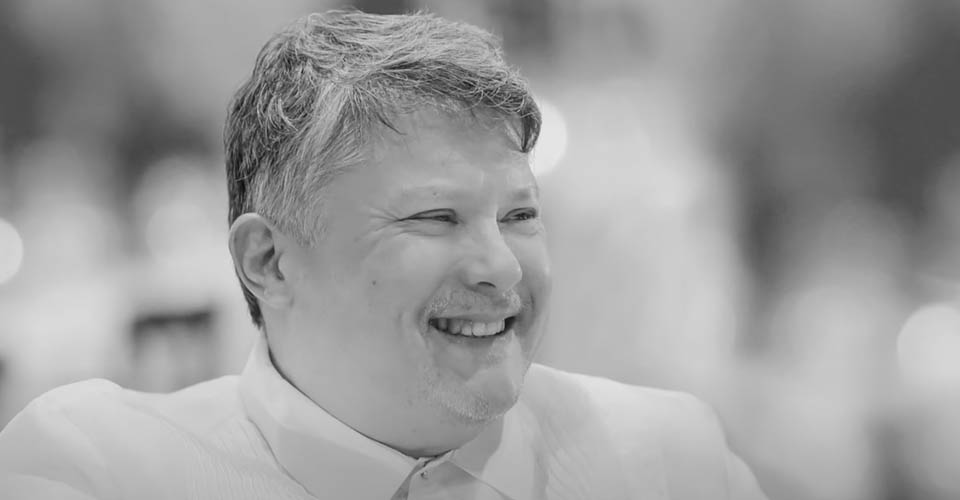 It is true what they say that people will remember you by how you made them feel. That is the reminder I got after witnessing the beautiful speeches shared by the wife and family of the late Charlie Cojuangco on his 40th day memorial. The former Tarlac congressman died last February 28 due to brain aneurysm.

While I never got to know the late politician personally, I had a glimpse of the kind of person he was through the loving words his family spoke about him.

The commemoration service officiated by Fr. Jerry Orbos was attended by relatives and friends over video calling platform Zoom. The event was hosted by Charlie’s niece and goddaughter Michelle Cojuangco-Barrera. Details of the Zoom link were shared with the public through her Instagram account (@michellecbarrera). Also present in the intimate event aside from Michelle were Charlie’s brother Mark, sister Tina, and wife China.

“Charlie’s greatest joy would be for all of you to- to come closer to God, and come closer to one another, to forgive one another, to reach out in humility and go for being united together,” Fr. Jerry opened his speech with this reminder. He added, “So, if only Charlie could speak right now, he has these messages for you: Number 1, Charlie would like to tell all of you, don’t worry about me. I am now in this Kingdom where there are no more tears, no more pain, no more hospital, no more problems, no more stress, no more issues. I’m home. And with my God, my Creator. And he thanks each one of you, remember him smiling and happy.”

Fr. Jerry had a beautiful rose analogy and said these as he ended his speech, “This rose was a thorn that opened up so it became a beautiful flower. Ganito po ‘yun. Lahat tayo may tinik, may iba sa ‘tin matinik. Matinik lang. But kasi- you know, for example you have a bad habit, that’s a thorn. Hurts people. But once you said no, I’m sorry, I’m giving it up, someone has become a rose. You have a bad feeling towards someone. May kaaway ka. That’s a thorn. If you don’t forgive, it remains a thorn. But once you say, I forgive, okay na. That thorn has become a rose. You see, all of us has still some missions to do. A blessing you don’t share becomes a thorn. And that’s what God will be counting at the end of our lives. When he counts more roses than thorns. And for us, it’s not a goodbye. Till we meet again in your resurrection. Charlie, pray for us, as we pray for you.”

Mark went on to thank him and his bereaved wife China. He said, “Thank you for that, China. Charlie, maraming salamat sa pagiging isang napaka-nagmamahal na kapatid. Mahal kita, Charlie. You did well, bro.”

“He didn’t give in material goods, but he gave in prayer. He never smothered us, but was always there when it mattered most. He never killed the fun, but joined in. And he never forced us one way or another but instead offered guidance and advocated for our good,” Charlie’s niece and goddaughter Michelle raved about her uncle as the best ninong or godfather. “He was a person who showed love through actions and not just words or gifts. As a Tito, he was someone we had fun with as kids, he was the person we were terrified of as teenagers when we, we get into trouble, and you know, experiment, go out with friends, or for the girls, I guess, when we had boys making ligaw, he was the one we were terrified of.”

Michelle recalled how her Ninong also took on the roles of being their best friend, kabarkada, and eating buddy as they became adults. She shared in detail, “I’m thanful that I was a witness to his loving care firsthand. Although it’s been though to let him go, and uh, it’s been a very sad time for us in our family, a part of me is also happy for him, because I know now there is no suffering, no frustration, or sadness or pain, and I know that he will continue to live on in our hearts, and memories forever. I would like to take this opportunity to to thank those who showed Tito Charlie the kind of love he so readily gave us. And through his short and full life, I know how much he appreciated each and every one of you, and he will continue to pray for you from Heaven.”

During her speech, Charlie’s wife China thanked the attendees and said her thank-yous and I-love-yous. It was heartwarming for her to thank her husband’s immediate family. China said, “I lost a husband, but I gained a brother, a sister, a sister-in-law, niece, and nephews, and I gained all of you. Aunts and cousins, thank you so much.”

Charlie’s sister gave Charlie’s widow the best reassurance and asked other attendees to keep her brother’s memories alive. She said, “I hope you continue to give us your stories about Charlie, in one way or another. Thank you everyone. China, just a quick word from Kimi and myself, you will always have us as a sister. We will go through this journey together. It doesn’t end here. It just begins. We love you and thank you.”

Charlie Cojuangco’s birthday is on April 14 and his wife is asking everyone to keep him in thoughts and prayers. 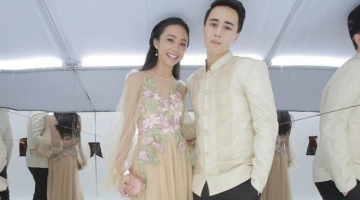