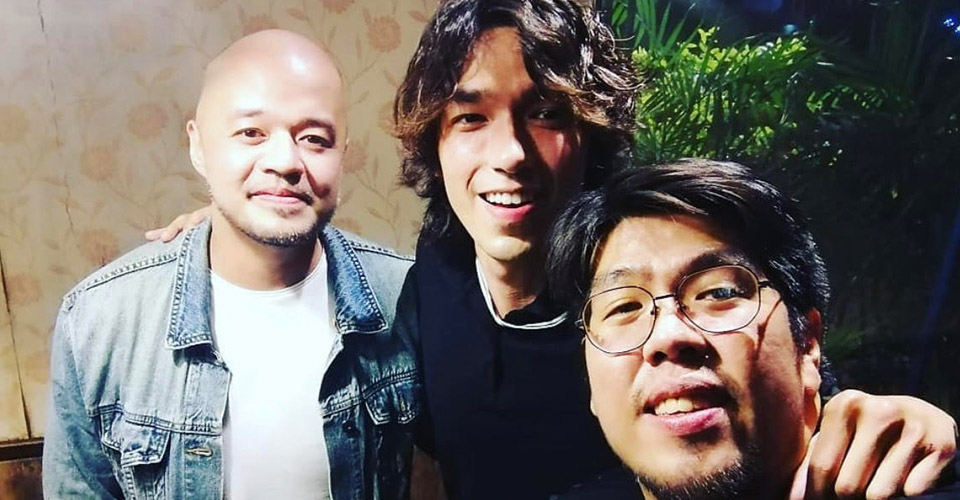 Actor-director David Chua gets to enjoy the best of both worlds in his latest music video project.

The chinito actor, who recently made waves in the GMA-7 Chinoyserye Mano Po Legacy: The Family Fortune, gets to flex his acting muscles anew as he hams it up in front of the cameras for his ‘Superhero’ collaboration project with the Edil Band.

Not only does he get to act out his part as one of the boys in the band. He also gets to play out his rock star dreams as he gamely takes on his role as the band’s frontman and guitarist.

David looks every inch a rockstar with his long, disheveled hair, spandex pants and tanktop while wielding his electric guitar.

In the video, a seemingly bungling, uninspired band gets the jitters while awaiting its turn at a tryout. On his way to his band’s audition venue, David stumbles upon a mysterious book bestowed with magical powers, which he excitedly shares with his bandmates.

As David opens the pages, he unwittingly awakens and unleashes a long-dormant superhero, initially guised as a meek, bespectacled and mild-mannered gentleman who unravels his heroic exploits as he restores a city to its full glory, at the same time contributing to the positive transformation in the lives of its constituents.

Somehow, that inspirational narrative rubs off on David and his bandmates, who suddenly find themselves transformed into ‘supercharged’ versions of themselves, enabling them to rock out their winning rendition in wild abandon.

All in all, David’s maiden music video effort turned out to be more fun than work.

“I’ve always wanted to conceptualize and direct a music video, and this time, it seems like I outdid myself. Not only did I do all the planning, but I also got to stand in front of the camera, act and even sing along with the band,” he exclaims.

Explaining the rationale behind his concept, David elaborates, “All of us need that superhero figure in our lives. You know, that inspirational or aspirational mentor who we can look up to and motivate us to better versions of ourselves.”

In his case, David minces no words when talking about his admiration for former Manila mayor and current presidential aspirant Isko Moreno.

“We have a lot in common, actually. We both rose from humble beginnings, we eventually carved our respective careers in showbiz, and interestingly, we are proud Manila boys. Maybe it’s just incidental that both of us have big dreams for our people, and share our advocacies and platforms to help transform people’s lives, even if only one step at a time,” he shares.

While directing the video proved to be a breeze, rendering the cartoonized segment was the bigger challenge.

“Thankfully, I knew I could rely on the creativity and artistry of my Dark Carnival Productions team,” David muses. “It’s the same technical team behind the success of Rated Korina, and which has been getting more and more recognized for our commercial and advertising campaigns.”

Check out the ‘Superhero’ teaser video on David’s social media accounts. The full band version debuts on the third week of May on Rated Korina’s Facebook and YouTube channels. ‘Superhero’ feat. David Chua and Rico Robles is also on Spotify. 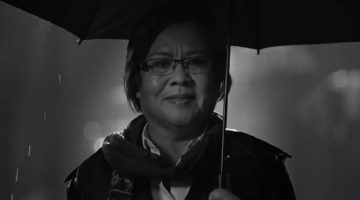