Kris Aquino Joins Cornerstone Entertainment, To Be Co-Managed by KCAP

Have You Found Your Joy?

Bela Padilla shows us a different side of her as an actress in Mañanita, her latest film collaboration with Director Paul Soriano.

Directed by Paul Soriano and written by Lav Diaz, Mañanita is the story of Edilberta, an ex-military sniper who was honorably discharged and accepts a job that will change her life. It is an interesting quiet character study that shows what happens when your life’s purpose is stripped away, but you still pursue it, only to realize it could kill you.

The story is based on Oplan Mañanita, an anti-drug campaign which began in Davao City in 2016. Law enforcers would knock on the doors of drug suspects and serenade them to turn their backs against illegal drugs. The presentation of these scenes are so calming yet goosebumps-inducing.

Direk Paul Soriano is an award-winning film director, scriptwriter, and producer who was born and raised in Los Angeles, California. He moved to the Philippines as a filmmaker and made a name for himself as he directed TV commercials, concerts, and music videos. Eventually, Direk Paul ventured into short and full-length films.

Known for her roles in blockbuster romantic movies, Bela takes on a never-before-seen character in her latest project. In the recently held presscon, she shared how difficult it was to prepare for the role. Aside from training in a real military camp and learning how to assemble a rifle, Bela also had to wear a huge prosthetic scar on one side of her face and neck from start to end of filming. To add to the difficulty, the film was shot during one of the hottest summers recorded in the country and alongside her tapings for the primetime series MEA CULPA Sino Ang Maysala?. Bela said the experience was very rewarding on a personal level and a milestone in her career.

The combined efforts paid off as Mañanita was selected as a finalist in the recently concluded 32nd Tokyo International Film Festival. Out of the eight Filipino films that were selected, Mañanita is the only Filipino film that made it to the main competition and gained positive feedback from the audience at the international premiere.

Catch this quiet film that sends out a loud message this December 4 as it opens in cinemas nationwide starting today, December 4. Produced by Ten17P and VIVA Films. 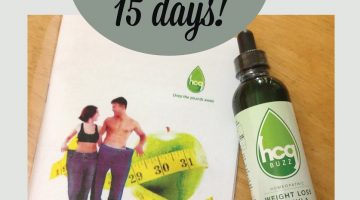