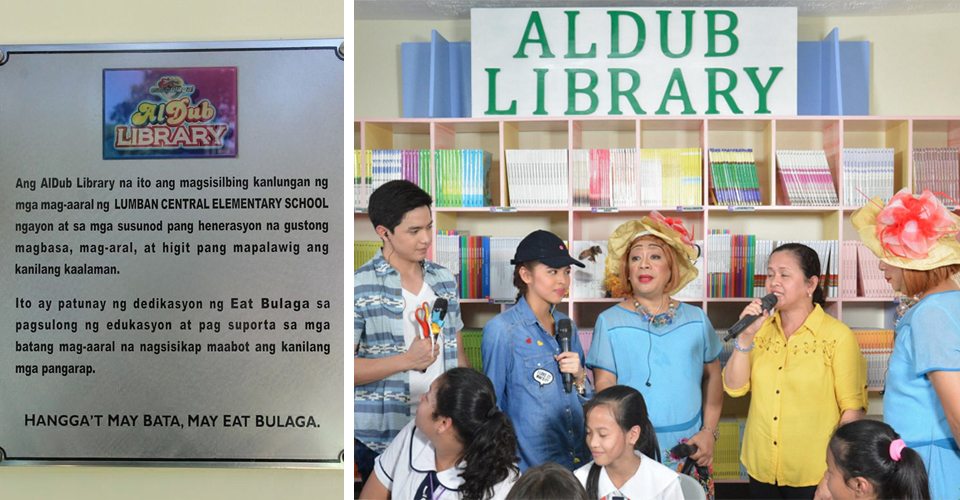 Last October, the country’s longest running noontime show Eat Bulaga promised to allot its Sa Tamang Panahon concert earnings for the establishment of AlDub libraries nationwide. Today, on the phenomenal loveteam’s 27th weeksary, the first AlDub library built for the Lumban Central Elementary School in Laguna was launched. Alden (Richards) and Yaya Dub (Maine Mendoza) who make up the popular loveteam and the two grandmas, Lola Nidora and Lola Tinidora, led the ribbon cutting and blessing of the said library. As shown on Kalyeserye earlier, the library room also serves as a research area with computer units and an audio-visual room with the necessary equipment.

Eat Bulaga promises to continue its advocacy of helping others and it gave full credit to and appreciation for the contribution of  the AlDub Nation, Alden and Maine’s joint fanbase. 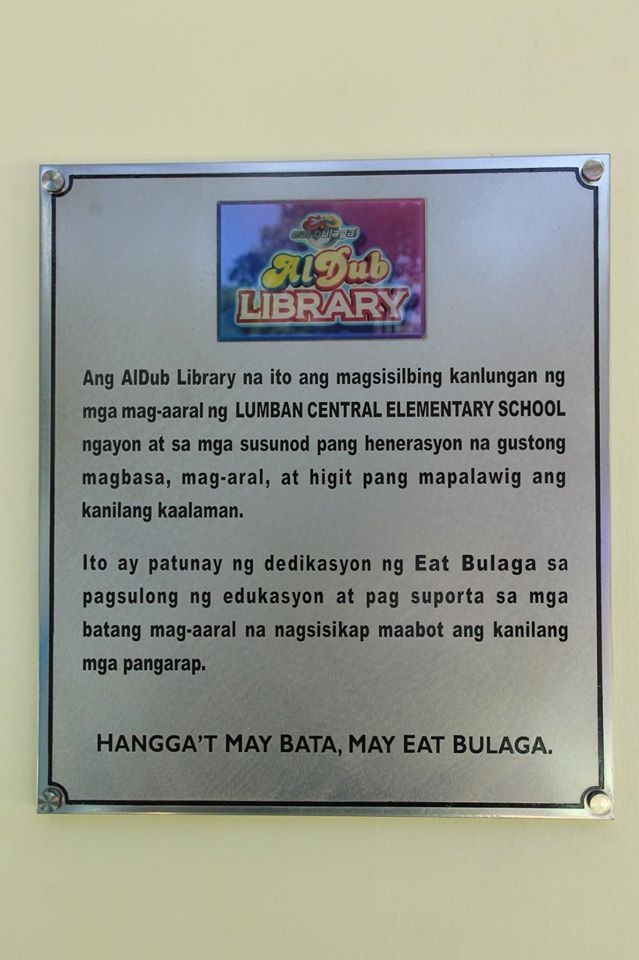 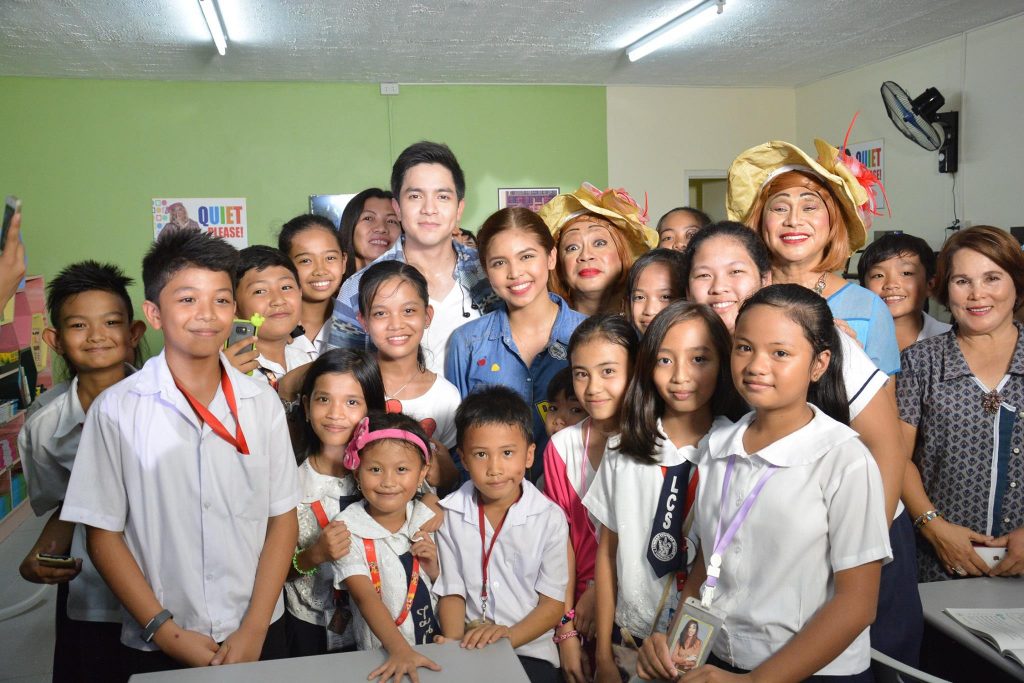 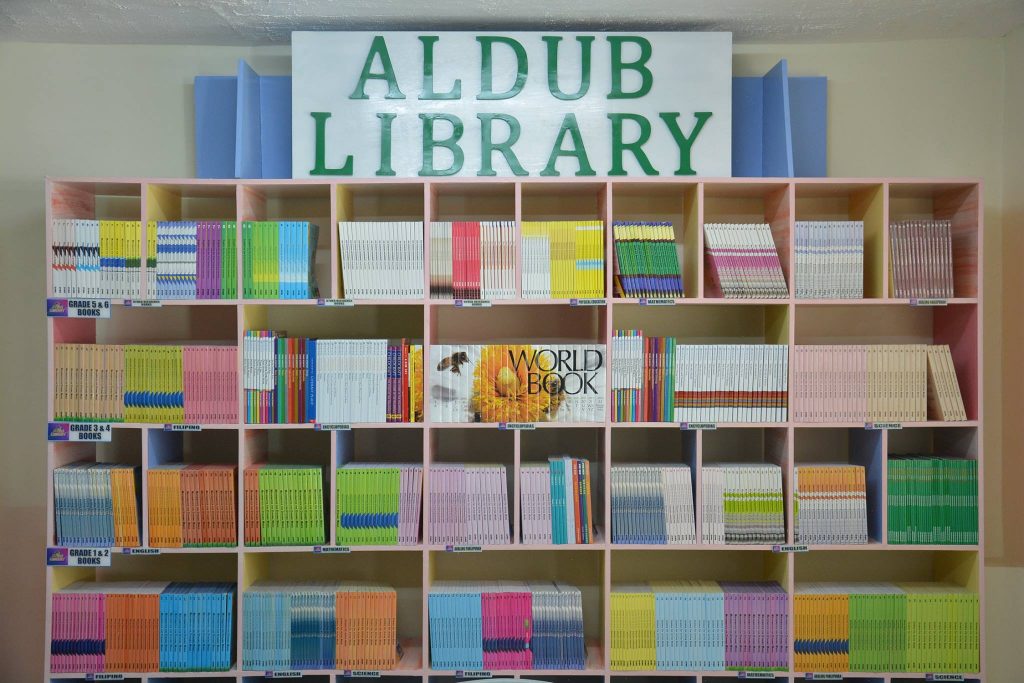 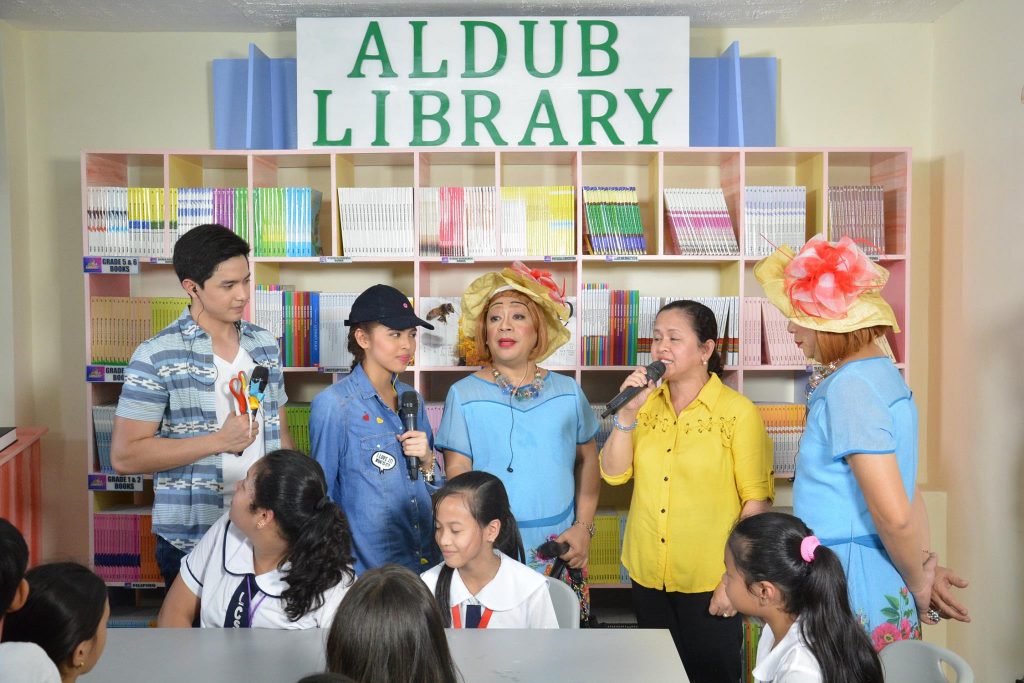 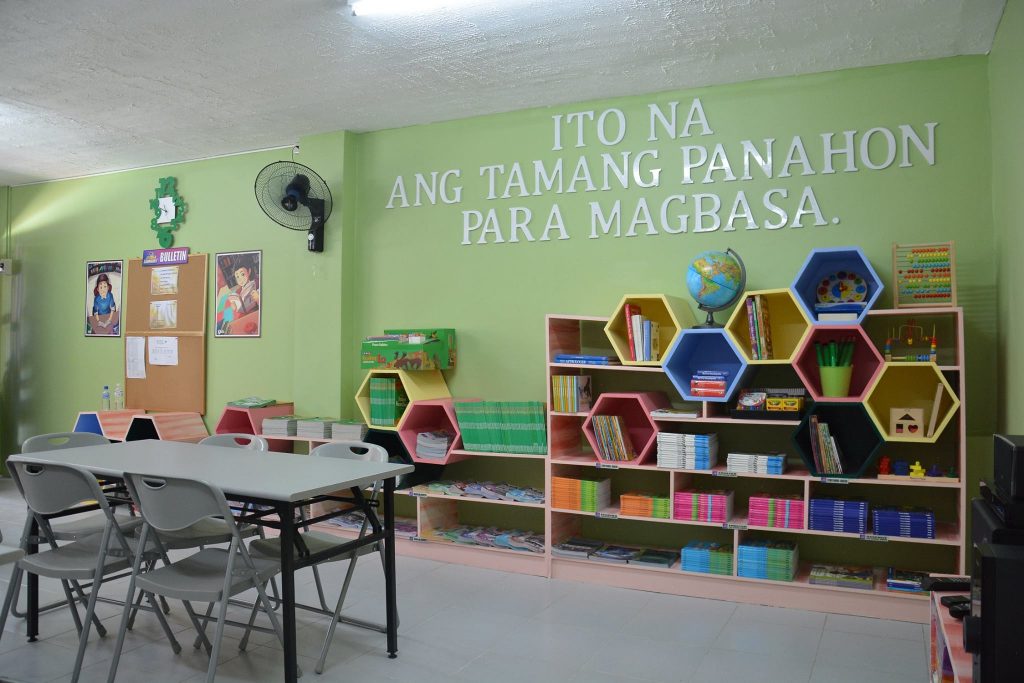 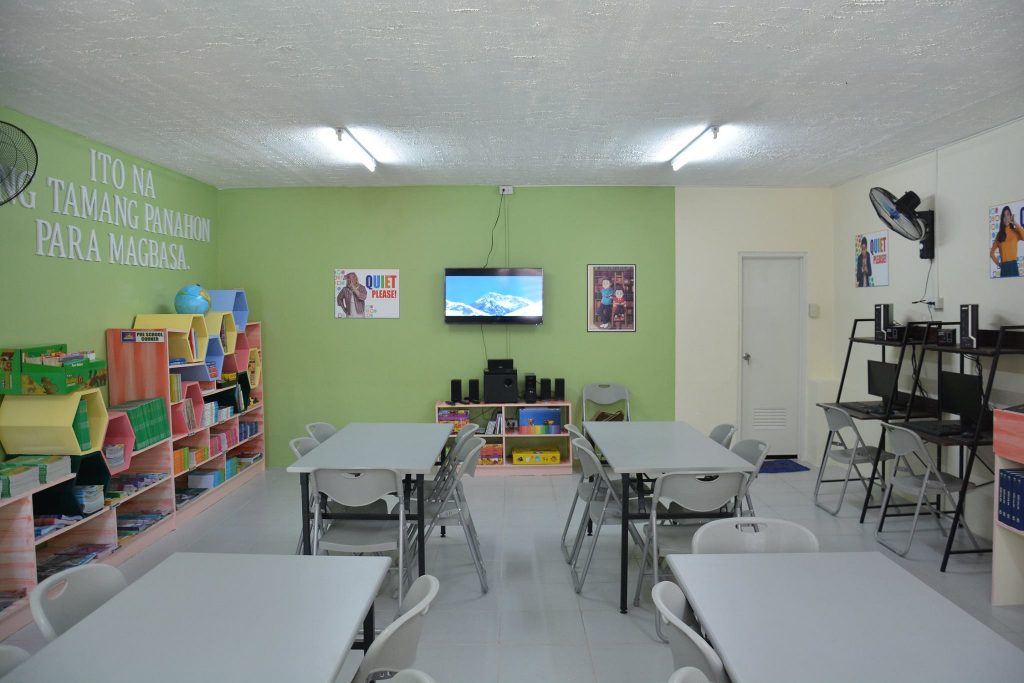 READ  VIRAL: Did Alden Richards and 'Yaya Dub' Forget They Already Met in 2010? 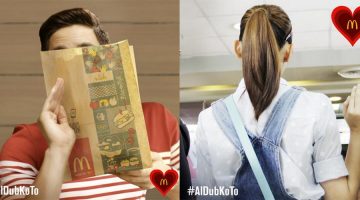