One More Chance Sequel ‘A Second Chance’ Showing on November 25

Epy Quizon reiterates why he turned down PHP30M to keep the advocacy song Lukso ng Dugo: ‘This song is ours.’ 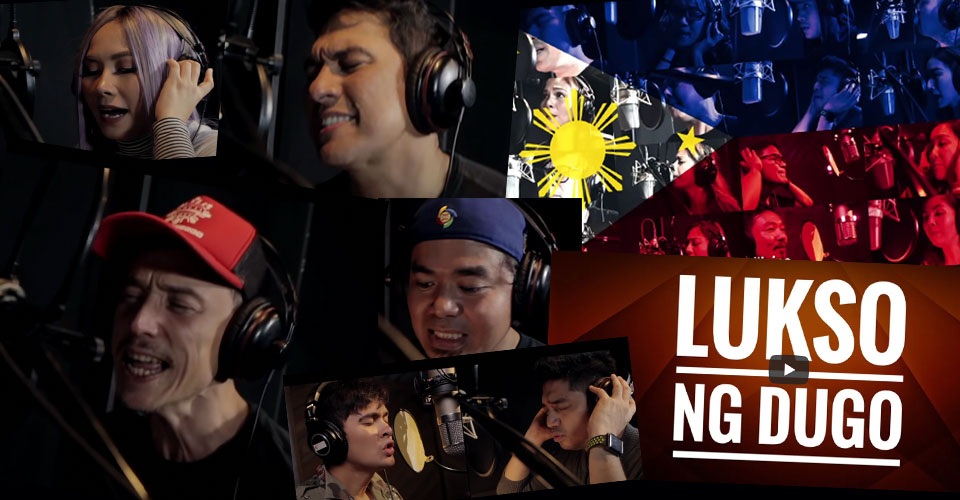 “Peace comes in different forms,” versatile actor and songwriter Epy Quizon began his mini virtual press conference last Saturday with this line. He shared with us how he found personal peace by getting off social media in 2017 and just kept private messaging apps for communication purposes. Interestingly, Quizon was the peace ambassador of the Office of the Presidential Adviser on the Peace Process (OPAPP) under the administration of the late president Benigno “Noynoy” Aquino III.

Unfortunately, there seems to be no escaping as Quizon became the subject of bashing and criticism a few weeks ago after turning down a large offer from a political group to acquire his recently launched advocacy song, Lukso ng Dugo, for a campaign. The song was conceptualized during one of his trips to Mindanao as a peace advocate. While it may seem unbelievable to many, the songwriter had a strong explanation to offer.

Quizon made it clear that Magkaisa PH is not a profit-making project. It is also non-political. In fact, on Youtube, MagkaisaPH is described as an attempt to recalibrate the mindset of Filipinos for proper communication. It demonstrates how politics is about electing the best leader for us without being divided. It is also indicated in the profile that MagkaisaPH is a step forward to this dream as we collaborate and promote real solutions for a prosperous Philippines without hatred and biases and infect the world with peace and unity.

If there is one thing Quizon has been very vocal about, it is wanting to have a united and peaceful Philippines, especially during this time. “Can’t we just be Filipinos? Hindi ba puwede namang iba ‘yung presidentiable mo, iba ‘yung presidentiable ko? It doesn’t mean we have to hate each other. We can still be friends. We can always respect each one’s opinion,” he said.

Through his advocacy song, Quizon also wants to extend the solution on a personal level. He acknowledged the toxicity and negativity happening around. “I guess this song is a statement to address peace issues. Hopefully, it could also address mental health. Stressful kasi to be hated on.”

Quizon went back to the negative comments he received when news came out that he declined the PHP30M-offer to get the rights to the song. His sincerity was questioned by spectators. To better understand his decision, Quizon shared a complete view of the scenario.

Quizon explained to Random Republika how difficult it was to put together 30 of the best OPM artists in the Philippines for the recording of Lukso ng Dugo and its music video.

“Kung hindi dahil kina Ira Cruz at Karel Honasan, I don’t think I can put together such a lineup [of artists]. Sobrang hirap niya to a point na I had four days to film the video,” Quizon recalled. He got into detail how frustrating it was when very few people were showing up at the start.

In the end, things fell into place. Quizon shared, “On the last day, depressed na ako, when we were in a smaller studio, sabi ko, ‘Okay na tapusin na lang natin!,’ nagdatingan lahat.”

The value that goes beyond the price tag lies in the song’s message. That is what Quizon thought about the whole experience.

“Babalikan ko mga nag-bash sa ‘kin na binobola ko raw sila. PHP30M na, tinanggihan ko pa. This is the reason. All these 30 artists were convinced to perform this song, thinking it’s an advocacy. Imagine me selling out, going back to them and telling them, ‘Babayaran na lang kita ha?,'” Quizon shared with passion.

Additionally, Quizon had his credibility to protect. He said, “What would these artists think of me? Sasabihin ng mga ‘to, ‘Ah, mukhang pera ‘to si Epy. And for PHP30M, binenta ko ‘yung prinsipyo ko?“

“If I can make a song for them, why not? I’ll sell it for maski PHP500,000, gawan kita ng kanta, hindi na PHP30M. When the artists played in the song, suddenly, the song was not mine alone but owned by everyone who participated,” he further explained. “It’s not one person’s song anymore. I wrote the original lyrics. Ira and Karel got the band, got the song, got the people together. Once that happened, the song is not mine anymore.“

Toward the end of the interview, Quizon said, “This song is a non-profit song. That’s why I cannot sell it for any amount. It has to come out organically. That’s why the song is FREE. All I ask is for the song to be shared so the message can be heard by Filipinos.“

“Ang hinihingi namin is for you to watch the music video or listen to the song. If you like it, please share. If you want to be part of the movement, join Magkaisa PH. This is non-political. Put your ideologies aside. Put your colors aside. Just bring the Filipino flag and your Filipino consciousness. And most especially, your ethics, morals, and values. We are saving our culture. Through a song, let’s save our identity. Let’s be one,” Quizon reiterated.

He ended by saying, “The main message of this press conference is that the song is ours. The song is for Filipinos.” 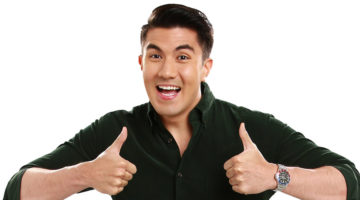