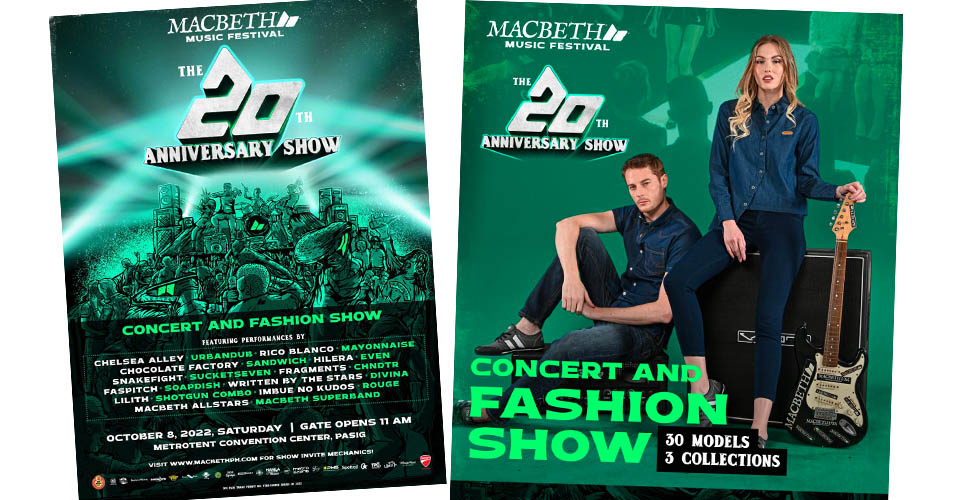 Fashion retail brand Macbeth is celebrating their 20th anniversary with a treat for Filipino fans. The brand is organizing a grand Macbeth Musical Festival that will involve a concert with some of the country’s biggest names in the music industry. Additionally, a fashion show will also be mounted.

Macbeth is proud to showcase what fashion is all about as the Macbeth All-Stars and Macbeth Superband will hit the stage along with other 20+ artists lined up from mainstream and underground music. The lineup consists of Chelsea Alley, Urbandub, Rico Blanco, Mayonnaise, Chocolate Factory, Sandwich, Hilera, Even, Snakefight, Sucketseven, Fragments, Chndtr, Fastpitch, Soapdish, Written By The Stars, Divina, Lilith, Shotgun Combo, Imbue No Kudos, Rouge, and Macbeth All-Stars and Superband.

The 20th Anniversary Show is the official launch of Lady Macbeth and Macbeth Underwear. It is also the celebration of Macbeth turning 10 years old in the Philippines and 20 years in the world!

Rules and regulations need to be followed. 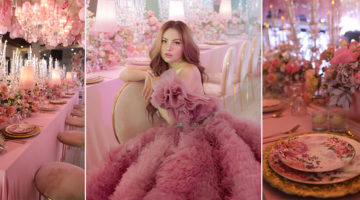