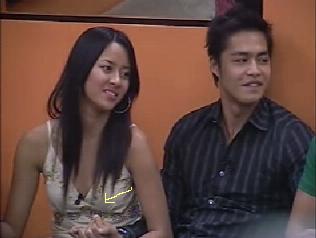 PBB host and former celebrity housemate Bianca Gonzalez who was in a relationship with director and now Taguig congressman Lino Cayetano while inside the PBB house got into major trouble when she fell for then fellow housemate Zanjoe Marudo. The two were sweet inside the house but things became different when they went out. Bianca and Lino tried to work things out but the relationship eventually led to a breakup. In a surprising turn of events, Zanjoe got into a relationship with former PBB Uber host and Bianca’s close friend, Mariel Rodriguez. All of them are happily attached now. Mariel has been married to Robin Padilla for almost four years now, Bianca is engaged to cager JC Intal, Lino is happily married to UAAP star Fille Cainglet, while Zanjoe is very open about his happy relationship with actress Bea Alonzo.

CaNdy
The same thing happened with former housemate Wendy Tabusallah who was vocal in getting attracted to fellow housemate Carlo Romero while she was still in a relationship. After sorting things out in the outside world, Wendy and Carlo have been a couple for quite some time now. And they seem truly happy.
VimNiel
A few minutes ago, housemates shrieked out of kilig when Cheridel was playfully teasing Daniel Matsunaga to kiss her but the hunk kissed Vickie on the forehead instead. In fairness to Daniel, he went on explaining to Loisa that it was just on the forehead and he respects the fact that Vickie has a boyfriend outside. He was the one who pointed out it wasn’t right to be teased because Vickie is in a relationship.
Obviously giddy too when the kiss happened, Vickie must also be feeling something else. We wonder what will happen to Vickie and Daniel the moment they come out of the house.
Online fans react to the VimNiel kiss:

Check out Bianca’s and Wendy’s tweets for Vickie: 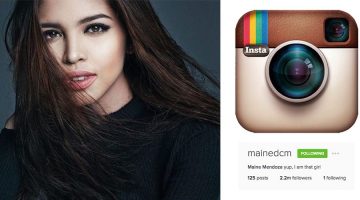