“Cozy” best describes this place. The “repurposed” theme – from the furniture to the fixtures to the décors – of the restaurant’s interior lends to its charming character. The entire area is also kept very clean and organized.

This Pinoy version of the rice porridge was a nice starter to our meal. It warmed our tummies well enough to prepare them for the heavy dishes to come. It had a hearty flavor from the mushrooms and a pleasant aroma from the kasuba (safflower NOT saffron), which along with the chunks of chicken also broke the monotony in texture. One let down though was the consistency of the porridge itself. The rice clearly wasn’t cooked long enough for it to become homogenous with the liquid. This made the dish look like a bowl of rice soaked in some chicken-mushroom soup, which left us sad and wanting for that almost creamy textured porridge that is the mark of a true arroz caldo. 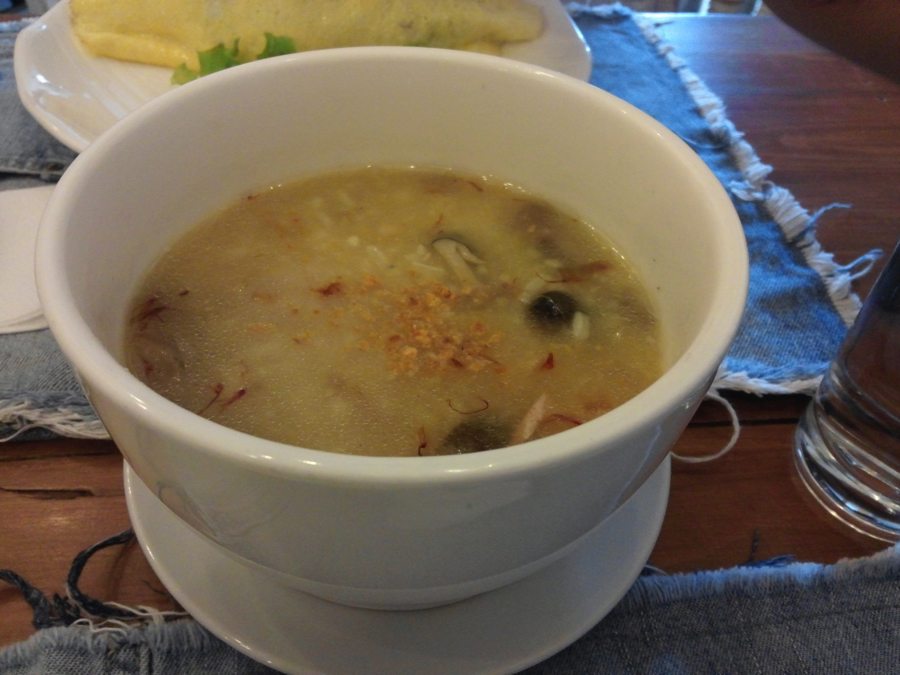 This rice omelette dish would have easily gotten 4 or 5 stars if not for the extremely salty binagoongan rice. It was so salty that we were only able to eat a third of the serving and had the remainder wrapped. Later at home when we got hungry, we reheated the leftover and added around a cup of plain cooked rice and tada… it became so delicious!

TIP: If you order this dish, treat it as an ulam and order a cup of plain rice to be eaten with it. 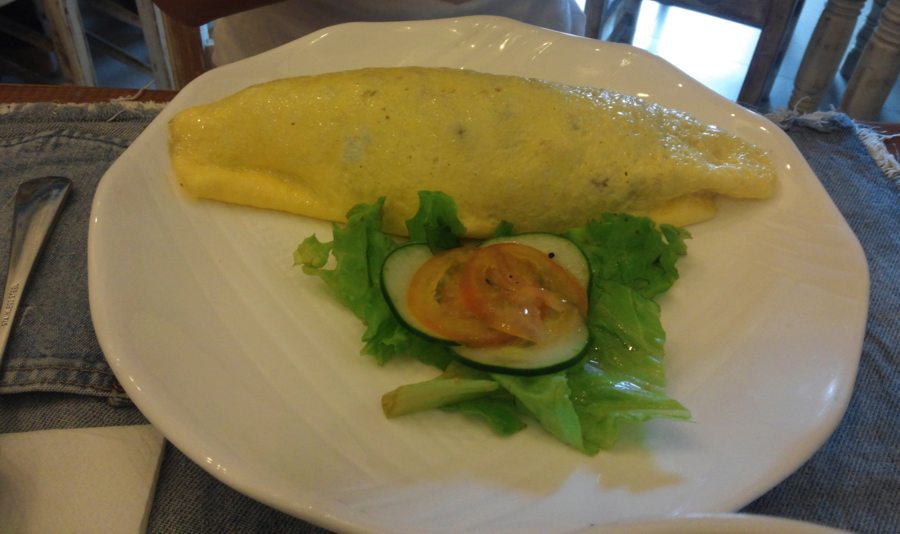 This was a good take on the classic eggs benedict. The smoky and salty tinapa complemented the creamy and mild poached eggs (2 pieces, yahoo!), making the combination a perfect topping for the bread toast. Their “Pinoy hollandaise” lacked a bit of zing, but the side salad with a tangy vinaigrette very well made up for it. This is undoubtedly the most well-executed dish of the bunch. 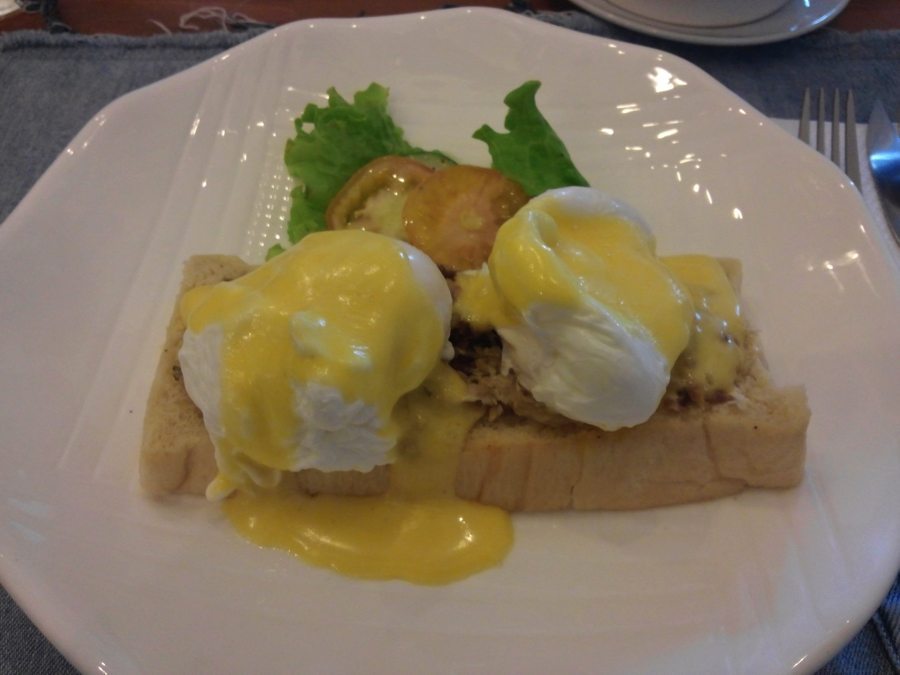 From the dishes we ordered, it became very clear that this restaurant takes the classics and gives them a twist or two to make them their own. They were successful in some, but they fell short on others. A little more tweaks here and there would make this establishment a force in Metro Manila’s current burgeoning breakfast scene.

The waiting staffs were fast and attentive. Upon entering the restaurant, we were quickly seated and then handed with menus. Even if there was a big group of diners being served at the same time as us, our orders still came out pretty fast. However, we wish they had accommodated our request to change the scrambled egg in the binagoongan omurice though – this might have greatly improved our experience with the dish. The unsalted poached egg would have toned down the saltiness of the rice.

The serving sizes are enough for sharing and the prices are very reasonable.

Will We Go Back?

On a lazy Sunday morning with a craving for a hearty meal, probably yes. We can be in and out of the place in less than an hour with our tummies full and our pockets still left with enough change to spend for the rest of the day.

Let our palates and our pockets be your guide,

J & C are a twenty-something couple always on the lookout for restaurant discoveries and random food finds. Join our resident taste buddies as they dish out honest-to-goodness reviews of their gastronomic adventures! 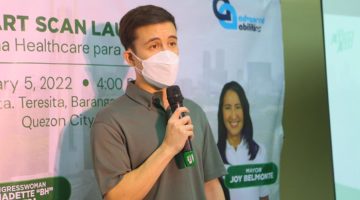