#PrayForParis: When Paris Turned Out Its Lights

HOT: Anne Curtis and Zeus Collins Dance to ‘Love Me Like You Do’ on It’s Showtime

That Day I Woke Up and Realized I’m Overweight… 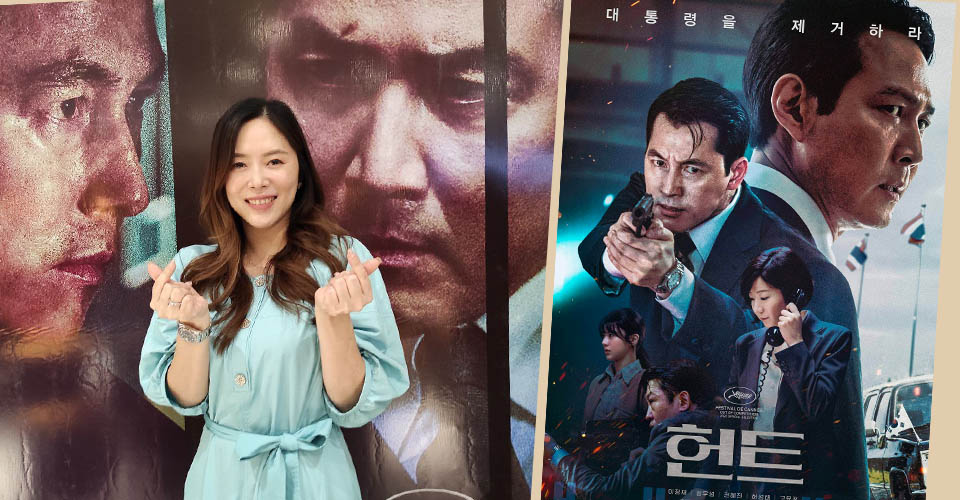 “I want the Philippines to be one of the first, if not the first, to have the best and closest working relationship with Korea through Glimmer,” Lee shared. She revealed that her company’s calendar is already full for the year with exciting projects to launch. The entrepreneur is bent on becoming a top Korean and Filipino-Korean content provider. She has yet to reveal the international productions currently in the works.

The birth of a star director approved by Cannes!

International star actor LEE Jung Jae has helmed a feature film. HUNT is directed by one of Korea’s leading actors of his generation, who has starred in many genres such as drama, melodrama, action and others, and became a household name after starring in Netflix Original series Squid Game. Director LEE has used his 30-year experience as an actor to lead fellow filmmakers and cast on the set. While working with his co-stars in front of the camera, he listened to various advice and opinions, and showed what kind of director he is by convincing the cast and swaying their opinions in a way that improved the film. He also used storyboards and reference images to visualize each shot, and discussed many obstacles with each department in order to promote creativity on the set.

If you take a look at directors whose debut film was invited to Cannes, you can’t help but anticipate big things from director LEE Jung Jae. From Alejandro González Iñárritu whose debut feature Amores Perros was screened at Cannes to Xavier Dolan’s I Killed My Mother who not only directed the film but also played three characters, to YOON Jong Bin and his The Unforgiven and NA Hong Jin with The Chaser. All of these directors became some of the most celebrated filmmakers on the international film stage. Director LEE Jung Jae will no doubt join them soon.

In addition, given the films that were invited to Cannes and went onto become box office hits such as Parasite, Once Upon a Time in… Hollywood, Mad Max: Fury Road and Sicario, there is high anticipation for HUNT as it hopes to satisfy artistic endeavors as well as to reach into the mainstream.

Psychological warfare to leave you breathless til the very last frame!

Taking place in the ‘80s against the backdrop of a cold war between the two Koreas, HUNT tells an engrossing tale of a spy agency conducting a smoke out operation to root out a mole. Although the circumstances surrounding the film are based on actual events in history, the story itself is a work of fiction in its entirety. Two high-ranking agents are pitted against each other to find the mole first, and the psychological tension becomes palpable as they attempt to hunt down each other. The story unfolds at break-neck speed, and you will be sitting on the edge of your seat until the very moment the spy is revealed.

KCIA agents Park Pyong-ho and Kim Jung-do are at the core of this exhilarating espionage story. Park’s crucial mission to bring in a high-profile defector goes awry due to a leak by the mole, and he puts everything else aside in order to find the said mole. On the other hand, Kim is given a mission to investigate everyone within the agency without prejudice. His prime suspect is none other than Park and his unit. Both agents suspect each other, and tension fills up the screen as they duel it out. More importantly, as their secrets get exposed one by one, they are faced with a massive plot to assassinate the South Korean president in a series of unpredictable events. The psychological warfare between the two leads, LEE Jung Jae and JUNG Woo Sung is impressive as they fall into a deep dilemma over their own principles. Their conviction pulls the audience into their way of thinking and how they view the situation at hand, thereby creating a tight and perfect espionage action drama of 2022.

Various members of the crew whose films were invited to Cannes in the past have come together to make HUNT. First, LEE Mo Gae, the director of photography who shot two films including the oft-praised The Good, The Bad, The Weird and last year’s invitee Emergency Declaration, used wide open city streets to set a car chase and firefight sequence with LEE Sung Hwan, the lighting director, brought out details in each shot by paying attention to even the shadows at the edges of the frame. In addition, stunt coordinator HEO Myeong Haeng, who elevated the action in The Spy Gone North, The Merciless and TRAIN TO BUSAN, directed the action sequences in HUNT to inject realism into the film.

The mise-en-scène of The Spy Gone North, which screened in Cannes’ Midnight section, was the work of production designer PARK Il Hyun. Understanding that the film takes place in the ‘80s, he designed the set to match the era down to even the smallest detail. Costume designer CHO Sang Kyung made a name for himself with The Handmaiden, which shocked the audience with its stunning style. He too was instrumental in creating the look of the ‘80s in this film. Lastly, composer CHO Young Wuk, whose two films The Gangster, The Cop, The Devil and The Spy Gone North have also screened at Cannes, came onboard to create stunning music for HUNT.

Director LEE Jung Jae previously collaborated with Sanai Pictures on the critically acclaimed 2013 noir New World. The studio’s Netflix Original series The Silent Sea was praised for taking up the challenge to create an authentic science fiction drama and watched by millions around the world. Head of Sanai Pictures HAN Jae Duk has worked on five films that were invited to Cannes, including Old Boy, Crying Fist, The Shameless, The Spy Gone North and now HUNT. Thanks to the efforts of filmmakers who are at the top of their games, this film was created in an environment that had profound synergy on the set.

GLIMMER is a content production company aiming to bring the best Korean entertainment collaboration to the Philippines and Southeast Asia.

It is working continuously to produce Korean and localized content for regional audiences, with Manila as its hub. Manila provides the technical and creative expertise.

GLIMMER hopes to bring in the high production quality the Korean contents are known for to the Philippine scene, in line with its mission and vision, which is to bridge the cultural and production gap between the two countries.

Glimmer is founded by Grace Lee, a TV personality and businesswoman who has been active in the media industry as TV host, radio DJ and news anchor.

Though Korean by birth, Grace grew up in Manila and this diverse background allowed her a unique perspective and vision of merging the technical excellence and creative expertise of both countries and share it with the region.

The company aims to leverage this vision through the exchange of great talent from both countries through content and co-production. 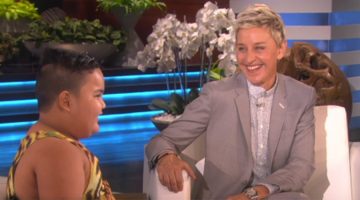 Watch: Balang is Back on The Ellen DeGeneres Show!