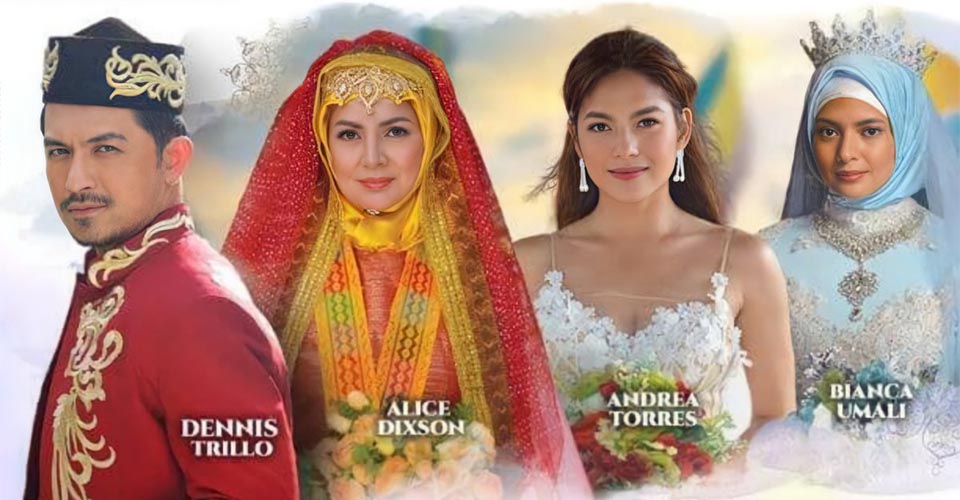 GMA Network takes pride in its boldest and grandest offering – the family drama series Legal Wives – that will not only explore the many facets of love but will also leave viewers in awe for its stunning production and engrossingly unique story premiering on July 26.

The revolutionary series features a casting coup top-billed by no less than Kapuso Drama King Dennis Trillo as Ismael Makadatu, an honorable man from a well-off Mranaw family who will equally love three women out of obligation, dedication, and compassion; Alice Dixson as Amirah Alonte, the virtuous and pious daughter of a sultan and Ismael’s first wife; Andrea Torres as Diane San Luis, Isamel’s second wife who is a feisty modern Catholic woman who will go to great lengths to fight for herself and Ismael’s love; Bianca Umali as Farrah Valeandong, a smart and innocent lady who becomes Ismael’s third wife in hopes of saving her family’s reputation.

Andrea, on the other hand, reveals how different and challenging her role is in the series and how she works her way into channeling her, “I think ang pinaka-challenge is to find that balance kasi there are so many layers to her character, napakadami niyang pagdadaanan dito. So binantayan po namin ni Direk Zig na you’ll always understand where she’s coming from and why she’s doing those things. Love is her weakness but that’s also where she’ll get strength to fight back.”

Making this series even grander is the stellar roster of cast headlined by internationally-acclaimed actress Ms. Cherie Gil as Zaina Guimba, Ismael’s doting mother and Hasheeb’s second wife who will serve as a guiding light to Ismael’s three wives; Al Tantay as Hasheeb Makadatu, a respected Imam and Ismael’s father who comes from a clan of sultan and datu in Marawi; Juan Rodrigo as Cesar San Luis, Diane’s father who forbids her marriage with Ismael; Irma Adlawan as Nuriya Baunto, Hasheeb’s first wife and Nasser’s mother who will hold a grudge against Ismael following the tragedy involving her son; Tommy Abuel as Asad Ampang Alonte, Amirah’s father who will do everything to uphold his daughter’s dignity; Maricar De Mesa as Zobaida Almahdi, Farrah’s loving mother and Abdul Malik’s wife; Bernard Palanca as Abdul Malik Valeandong, Farrah’s protective father and Ismael’s good friend.

The original series also features the special participation of Derrick Monasterio as Edgar Delos Reyos, a Christian who falls in love with Farrah; Alfred Vargas as Nasser Makadatu, Amirah’s loyal husband and Ismael’s protective brother who will meet an unfortunate end during a rido or clan feud; Mon Confiado as Mayor Usman Pabil, Marriam’s wealthy father and the Mayor of Lanao Del Sur.

Legal Wives introduces two of the Network’s rising artists Shayne Sava as Jamilah Makadatu, Amirah’s kind daughter and Ismael’s niece and stepdaughter and Abdul Rahman as Hammad, an impoverished yet persevering boy who will pursue Jamilah.

Also part of the cast are Kevin Santos as Omar, Ismael’s funny friend and assistant who is initially chosen to become Farrah’s husband; Ashley Ortega as Marriam Pabil, Farrah’s cousin who fancies Ismael and is the reason behind the feud between their clans; Jay Arcilla as Vince Alvarez, Farrah’s classmate and suitor who has ill intentions; Divine Aucina as Lizzie, Diane’s reliable friend in the clinic she works at; Raquel Pareno as Rose Aguila, Cesar’s other woman who pushes him to leave his wife and Diane; Melbelline Caluag as Ailyn Roxas, Farrah’s witty friend and classmate; Chanel Latorre as Faizah, Ismael’s fearless and dependable cousin; Brent Valdez as Dale, Vince’s friend and Farrah’s classmate.

Set in Lanao Del Sur, the story begins with a Maranaw man named Ismael (Dennis) from the affluent and noble family of Makadatu. Although a devout Muslim and a muezzin (sever of the mosque), Ismael falls for Diane (Andrea), a dentist who is part of the Catholic minority in their province, and whom he keeps from his family as she is considered a non-believer.

In a sudden turn of events, Ismael gets entangled in a clan feud which leads to his marriage with his brother’s widow, Amirah (Alice). Ismael follows the disheartened Diane in Manila and tries to woo her unbeknownst to his parents. Just when the two are starting to build a happy marriage, Ismael is met with another conflict. Upon his return to their province, his friend – who he is greatly indebted to – seeks his help in saving their family’s reputation by marrying Farrah (Bianca), her daughter who is involved in a scandal.

How will Ismael’s three wives deal with each other’s socio-cultural differences along with the idea of them sharing one husband? Is the idea of a man loving more than just one woman, equally and all at the same time, really possible?

Witness the enthralling tale of Legal Wives – under the helm of esteemed director Zig Dulay – beginning July 26 after The World Between Us on GMA Network. Viewers abroad can also catch the program via GMA Pinoy TV. It will also be available for streaming via iQiyi International or IQ.com for subscribers in the Philippines.For more stories about the Kapuso Network, visit www.GMANetwork.com. 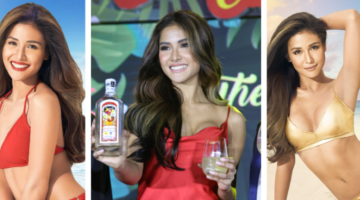