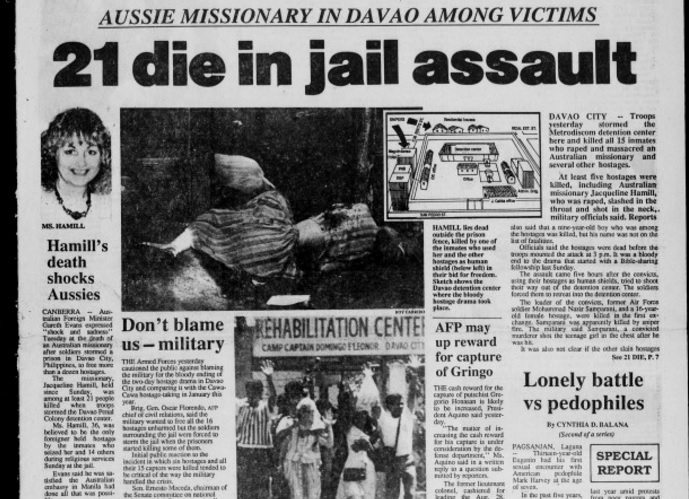 2016 Presidential candidate, Mayor Rodi Duterte, is on a hotseat the past few days for his controversial statement regarding the rape and death of the Australian missionary Jaqueline Hamill (read related story).

National broadsheet, Philippine Daily Inquirer, took a step back to review historical facts based on what they have published in the past.

Here’s an excerpt from their published post (read here):

Editor’s note: In this series, INQUIRER.net looks back at four Philippine Daily Inquirer front page articles on the bloody hostage drama that resulted in the deaths of 21 people, including Australian missionary Jacqueline Hamill who was raped by the inmates.

There has been renewed interest in the 1989 hostage crisis after leading presidential candidate Davao City Mayor Rodrigo Duterte mentioned it during a campaign rally. The now viral video of his speech shows the tough-talking mayor giving a controversial remark on the incident.

Duterte, who had been mayor of Davao City for more than a year when the hostage taking happened, is not mentioned in the articles but was quoted saying days after the incident that the assault was the “only civilized option available to government at the time.” KS 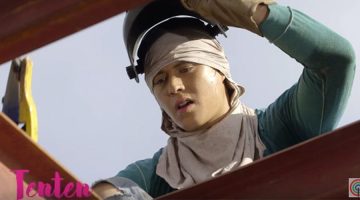