Cardo’s (Coco Martin) seemingly insurmountable trials continue to pile up as he mourns the death of his wife Alyana (Yassi Pressman) while having to deal with Jane de Leon’s new character in the action-packed episodes of “FPJ’s Ang Probinsyano.”

Following the intense crossfire between Task Force Agila and the Black Ops Unit that took Alyana’s life, Cardo is yet to see the last of Pol. Capt. Lia (Jane) as she gets more involved in his life and starts to do more research about his past, adding to the challenges that Cardo will soon have to face.

Jane, in a media conference on Friday (February 5), thanked viewers for welcoming her character into the series and teased that Lia will add excitement to the story.

“I really like the role because Lia is a little rough. What I really look forward to is doing scenes with Coco. Viewers have a lot to look forward to. What will my role be, will I be a ‘kontrabida’ or an ally to Cardo Dalisay?” said Jane.

Jane, as a newcomer to “Probinsyano,” also said she attributes the long-running success of the show to Coco’s storytelling ideas and the strong bond that binds all of the people involved in the show.

“Coco is very smart. He is very creative and really good at creating stories not only for himself but for the other characters in the series. Another factor is the camaraderie on set, from the staff and camera men to the directors and artists. They look after one another, especially the show. That’s how I found out why the show is still going strong,” she shared.

As the story continues, some members of Task Force Agila continue to blame him for their hardships, including Alyana’s mom, whose resentment for Cardo only grew after the death of her daughter.

Meanwhile, Diana (Angel Aquino) and Mang Teddy (Joel Torre) are still being held hostage by Arturo (Tirso Cruz III) and Lily (Lorna Tolentino). Despite all the beating they are receiving, Diana and Mang Teddy refuse to reveal Cardo’s whereabouts.

How will Cardo deal with all his problems now that Alyana is dead? Will Lia soon find out the truth behind her group’s mission to hunt down Cardo?

Watch “FPJ’s Ang Probinsyano” on A2Z channel on free TV and via digital TV boxes like ABS-CBN TVplus. Digital TV box users can scan and look for A2Z channel in Metro Manila and in some parts of Cavite, Laguna, Quezon, Rizal, Bataan, Batangas, Bulacan, and Pampanga.

Viewers can also catch the show from Monday to Friday at 8 PM on CineMo and Kapamilya Channel on cable and satellite TV via Kapamilya Channel (SKYchannel 8 on SD and channel 167 on HD, Cablelink channel 8, G Sat Direct TV channel 22, and most cable operator-members under Philippine Cable and Telecommunications Association). Watch also the livestream for free on Kapamilya Online Live daily on ABS-CBN Entertainment’s YouTube channel and Facebook page, and on the iWantTFC app (iOs and Android) and on iwanttfc.com. Viewers outside of the Philippines can also catch it on The Filipino Channel on cable and IPTV. 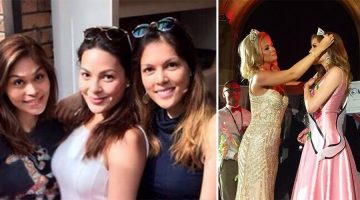