Watch: Nadine Lustre’s Beautiful Story — She was once told ‘She’ll never make it’ 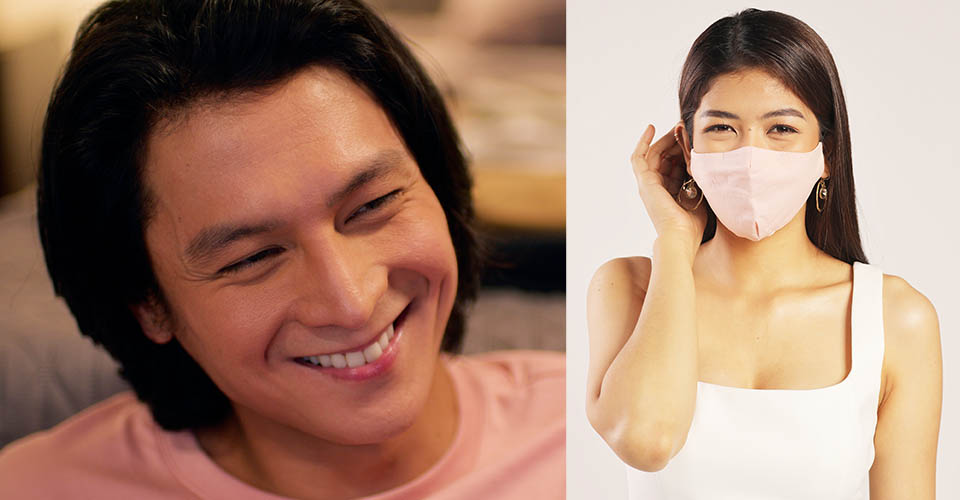 Drama actor Joseph Marco shows us a different side in newly launched 13-episode comedy series “Ang Babae Sa Likod ng Face Mask.” When asked about how he feels about being part of the project, Joseph told Random Republika in an exclusive interview, “It’s such a breath of fresh air, you know, I’m very happy na pumasok siya dun sa rest day ko while doing [FPJ’s Ang] Probinsyano, so yeah, I really believe that everything happens for a reason. And I’m here because you there’s a meaning for that. So, yeah.”

While Joseph’s acting skills have been showcased many times in the past, he has always been associated with dramatic projects. Asked what it’s like to plunge into comedy following his stint in international series The Bridge and the ongoing hit primetime series with Coco Martin, Joseph said, “Well of course, comedy is lighter. Mas iba, iba. Iba kasi yung heavy drama sa comedy.” He began to share the demands of the different genres.

“You really have to know the lines so you could focus on the emotions 100%. So yung line talagang, It’s just going with the flow,” Joseph said about drama. He continued, “And with comedy naman, you also have to be in the moment, but it’s lighter and it’s fun.”

Joseph also went on to spill the details on how he attacks the role. This was after I mentioned how his fellow actor and good friend Arjo Atayde once commended his diligence in studying his character and script. “Feeling ko nalagpasan ko na yung ganung stage na sinasabi sakin, you know, like to loosen up or what. I feel like I’m more responsible now when I go to the set. I’ve done my homework already, you know? I’ve done my research, I’ve done studying, so when I get to the set, I’m ready 100%,” Joseph confidently said.

See also  Stream via Sky Fiber: Musical K-Drama 'Do You Like Brahms?' on Viu

Speaking of Herlene, Joseph later shared how the naturally funny actress brought out his extroverted side. “Napapalabas niya yung pagiging extrovert ko. Every day with her, hindi mo talaga makakalimutan, ’cause she’s so fun to work with. Parang ‘yung energy parang palaging nasa taas and ang sarap niya kausap,” the actor raved. He also shared how things aren’t all about just joking around with Herlene. The two also got to some serious talk. “We got to talk about life. You know, about our inspirations. About our goals, so, yeah actually nakikita ko yung sarili ko sa kanya when I was starting. That’s why you know, I’m so happy. That I was given the chance to guide her and to work with her on this project,” Joseph smilingly said.

There’s a piece of advice the more senior actor gave his relatively new leading lady. Joseph shared, “I just told her that when it comes to doing projects, kahit na sino, kahit na walang lines, ‘Huwag mong babalewalain yan. You have to be in the moment. You have to focus on your emotions.’ And sabi ko rin sa kanya, kung ano ‘yung wala sa script, ‘yun ‘yung mas importante. Kasi ‘yun ‘yung mga ibibigay mo, as an actor, at ‘di binigay ng writer, but your character gave that. So ‘yun yung mga naaappreciate ng mga directors. ‘Yung mga lumalabas naturally, it’s the rawness within you. So, yeah. Inaabsorb naman niya and nakikinig siya. So, [I’m] proud of her. Proud of her.”

Joseph remains busy even after this Puregold series. He spilled, “Actually may kaka-pitch lang sa’kin na project, so after Probinsyano, after doing Probinsyano, I told my handler that I’m gonna rest for one month just to clear my head. And then after that maybe I’m gonna do the project that was pitched to me.” The actor is still required to keep things confidential at this point.

See also  Enrique Gil and Liza Soberano's Just the Way You Are vs. She's All That #LizQuen

Before our interview ended, I asked Joseph if he ever experienced getting so intrigued by a woman just like his character in the series that he was prompted to do research or investigation. He was quick tosay, “Ah, no, no. Hindi naman. Not to that point naman. But you know, once in a while, you see a person then parang nakukuha yung atensyon mo, but not to the point naman na you’re gonna research about it.” He jokingly ended his answer with a timely reminder, “You know what I can really say though is that face masks really work. 100%.” 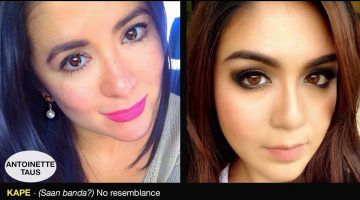