KILIG Compilation I: JaDine Moments on ‘On The Wings of Love’

Red Velvet, BGYO, BINI, and Lady Pipay join forces in upcoming special advocacy concert ‘Be YOU! The World Will Adjust’ 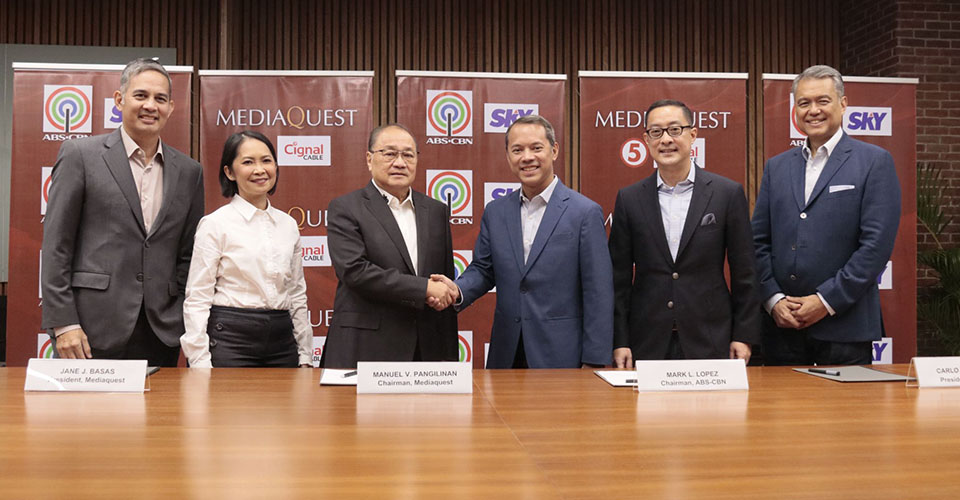 ABS-CBN Corporation (“ABS-CBN”) and TV5 Network, Inc. (“TV5”), today announced the execution of an Investment Agreement that will allow ABS-CBN to acquire 6,459,393 primary (new) common shares in TV5 representing 34.99% of the total voting and outstanding capital stock of  TV5 for an aggregate subscription price of Php2.16Bn.

The proceeds of the subscription in the primary common shares and the  Convertible Note in the total amount of Php4Bn will fund the capital expenditures and operating expenses of TV5 in pursuing the enhancements of its content and programming and public service  offerings.

This transaction is clearly transformational for both companies and is  envisaged to significantly enhance significantly TV5’s capability to deliver content and coverage to the Filipino public in the areas of entertainment,  news, sports and public services. This is also consistent with the national  policy of expanding the private sector’s role of supporting efficient and  reliable public services, which TV5 is expected to provide through its  nationwide network to provide increased nationwide coverage, especially  in remote areas.

The transaction is expected to be completed within August 2022, and  closing is subject to fulfillment of certain closing conditions.

Manuel V. Pangilinan, Chairman of Mediaquest Holdings said, “We  welcome the entry and investment of ABS-CBN in TV5, as ABS-CBN has always been the leading developer and provider of Filipino-related  entertainment content not only in the Philippines but overseas as well. Our companies have always had these cherished values of providing top and  quality programs in the service of the Filipino people and together we believe we can achieve this in greater measure and success”.

Mark Lopez, Chairman ABS CBN said “We are excited with this partnership as we see the opportunity to help TV5 grow and strengthen its free to air network. For ABS, it presents a fantastic platform for us to achieve synergies in production content and talent management as well as maximizing our content delivery. We look forward to be of greater  service to the public as we come together in taking TV5 to the next level.”

Carlo Katigbak, President and CEO of ABS-CBN added, “This partnership  is consistent with the strategic intention of ABS-CBN to evolve into a  storytelling company whose goal is to reach as wide an audience as  possible. In partnership with TV5, we look forward to reaching viewers both on owned platforms and through other broadcast partners, thereby  enriching the Philippine creative industry. We hope the industry evolves  from being highly competitive to increasingly collaborative, which benefits  all stakeholders in the long run.”

The landmark deal comes after activities between the two groups have increased with more Kapamilya programs onboarded on TV5’s Kapatid  Network.

TV5 is a corporation that holds a legislative franchise under Republic Act  No. 11320 dated April 22, 2019 to construct, install, operate and maintain radio and television broadcasting stations in the Philippines, and as such is primarily engaged in the business of owning, leasing, controlling, maintaining, operating and managing radio and television broadcasting networks, and content distribution and production services.

Prior to the issuance of the Investor Shares to ABS-CBN, TV5 is 99.67% owned by the MediaQuest Group.

MediaQuest is owned and controlled by the PLDT Beneficial Trust Fund.

ABS-CBN Corporation is a media and entertainment organization in the Philippines. The Company is primarily involved in the production of entertainment, feature films, news and information and audio content for domestic and international audiences.

ABS-CBN produces content and distributes its programs, feature films, and music on different platforms such as cable and satellite TV, domestic free TV through various partnerships with local broadcasters and third party digital platforms, as well as traditional box-office releases. ABS-CBN also distributes content through its streaming service, iWantTFC, and  through co-production and syndication agreements with international streaming platforms, broadcasters and cable and satellite programmers.  Related businesses include artist and talent management as well as  concerts and events. 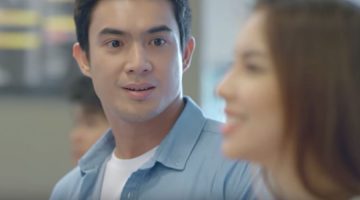