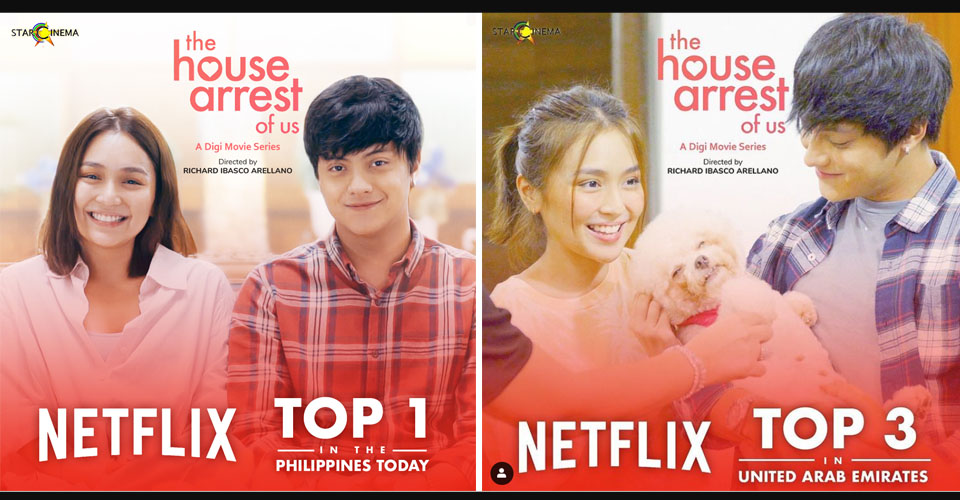 ABS-CBN Films’ groundbreaking digital movie series “The House Arrest Of Us” starring Kathryn Bernardo and Daniel Padilla currently holds the number one spot in Netflix Philippines’ top ten most watched content in the country and abroad.

The series, which debuted on Netflix last Monday, instantly won the hearts of Netflix viewers for its relatable, amusing, and heartwarming story about a newly engaged couple.

It delves into the challenges Quencess (Kathryn) and Korics (Daniel) must face as they make their engagement official via the Filipino tradition “pamamanhikan,” only to find their families quarantined under one roof due because of a pandemic.

“The House Arrest Of Us” lead stars—collectively known as KathNiel—have an immense following not just in the Philippines but across Southeast Asia. They were named Favorite Foreign TV Actress and Actor in the Blue Star Award – Face of the Year Awards in Vietnam in 2016 and 2018 for the popularity of their shows “Got to Believe” and “Pangako Sa’Yo,” respectively.

Kathryn and Daniel are just some of the Kapamilya artists who are making waves here and abroad as ABS-CBN continues to champion Filipino talent on the world stage.

Aside from “The House Arrest of Us,” the KathNiel-starrer “Barcelona: A Love Untold,” “Crazy Beautiful You,” “Can’t Help Falling In Love,” “Must Be Love,” “She’s Dating the Gangster,” and “The Hows of Us,” all produced by ABS-CBN Films, are now available for streaming on Netflix.

ABS-CBN continues to produce programs and movies that are popular for their heartfelt stories, steadily capturing viewers across other territories. 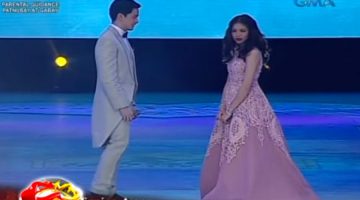