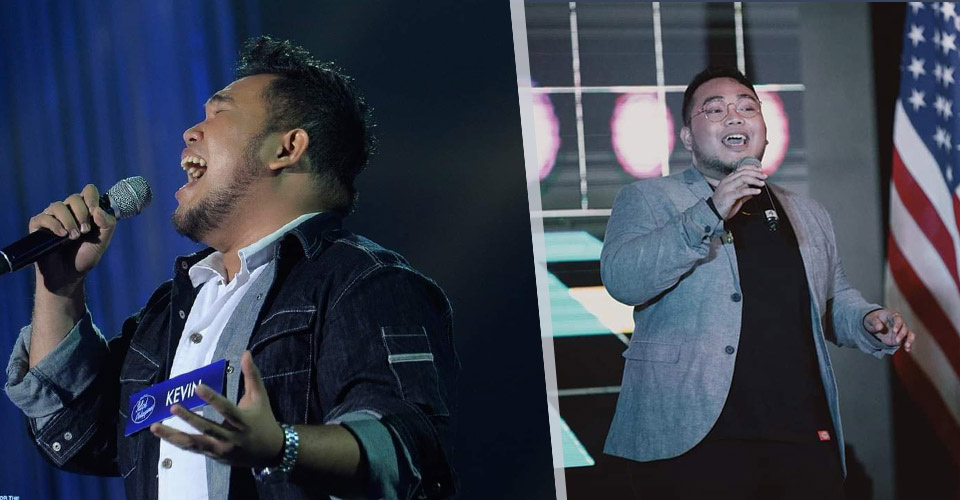 At first glance, people may perceive him as someone overflowing with confidence, but in truth, Kevin Hermogenes struggled with it, for the longest time.

Being in the spotlight and performing to several audiences leave butterflies in his stomach.

“I wasn’t confident about my appearance,” he confessed.

Despite having low self-esteem, even when he was just five years old, he put his head nearer the radio speaker to better hear and listen to the music. Since he still couldn’t yet speak the words or the lyrics correctly yet, he mustered the art of babbling the words instead.

His family was the first people who believed in his talent, most especially his mom.

“I would say, she is such a stage mom because she loves to tell me things that I must improve, things I must wear. She just always wants to be present in everything that I do.

“She is the reason why I’m inspired to do well because my mom is good at everything that she does. She’s like my ultimate inspiration.”

When he began schooling, he joined music clubs and school choirs. At first, he thought his singing was just a hobby, but people started to notice his gift.

“People and some relatives invited me to sing in events, that’s when I realized that I love it. I love singing, and I enjoy it a lot. I started to dream of becoming a singer. And make it as a living.”

The World Championships of Performing Arts (WCOPA) opened the doors for him to pursue his passion for singing.

“When I went to college that’s the time it get serious. I started to perform for corporate shows seminars and make money out of it and it was also the time when I learned about WCOPA and auditioned.

That time, according to him, it was like the turning point whether singing is really for him.

“I tried to audition at WCOPA and that’s my first ever competition. At first, I was hesitant because I never had any formal training since it was not the priority of my family and we cannot afford to get me into formal training in singing.

“I’m hesitant that time and very nervous because WCOPA is an international competition and I’ll be representing the country if ever. Apart from singing, I am also nervous about the responsibility that I will have if ever I will get into the Team.”

He didn’t allow his fear to get the better of him, he tried to audition.

“I remember I was the fourth auditionee and it was held at the Opera Haus in Makati. The panel of judges was the national director, creative director of WCOPA Team Philippines, and the-Jed Madela.’

He described the audition as a nerve-wracking experience but exciting since it’s the first time he sang I Have Nothing by Whitney Houston.

“After singing, there’s like a five-second pause and dead air. They said ‘thank you’ and that’s it. In exiting the studio they gave me a slip.

“I was expecting that moment that I didn’t make it because the first three auditionees were asked to sing a second song.”

He was already trying to convince himself to be okay, however, when he mustered all his courage to open the slip.

He got shocked that the text was: ‘CONGRATULATIONS! You passed the Audition.’

In his journey with WCOPA, “I grew more excited and fell in love with music and singing. I got inspired by all the talent that surrounds me. I can say WCOPA is the most amazing experience I ever had as an artist.

See also  PREVIEW: Ogie Alcasid Composes 'I LOVE YOU' Song for Alden and Maine a.k.a. #ALDUB

“I grew a lot as an individual and as an artist. I guess everything officially started in WCOPA.”

In WCOPA 2016, held in Long Beach, California, he clinched the Bronze medal for Gospel, R and B/Jazz, and Contemporary categories. While the WCOPA Virtual 2020, he earned a silver medal and managed to be in the semi-finals, too.

After his WCOPA journey back in 2016, a lot of things happened, and more opportunities came.

“I was able to do concerts, shows, guesting, etc. In 2019, IDOL Philippines was launched on TV via ABS-CBN.

He was [actually] not going to audition, but his friend and batchmate in WCOPA 2016 got called by the management of the show and they told her that she can bring a plus one to her audition.

He was the plus one. They both auditioned and he got in.

“It was a proud moment and surreal at the same time. I remember my audition video got viral and people started to recognize me because of it.

“Doing IDOL Philippines was a great yet nerve-wracking experience, too. All of it was worth it because I was able to make it to the Top 20 finalists.

“Although I didn’t make it to the live rounds–it’s still an amazing experience! After IDOL Philippines, another opportunity came in. I was called to join Tawag Ng Tanghalan in It’s Showtime.

“I was able to win twice, and it was also an amazing experience because I managed to go out of my comfort zone.

He sang songs that he hasn’t performed ever. Joining such competitions has taught him a lot of things like believing in his strength, that no matter what happened if he gives his best, win or lose it will be a great achievement because he was able to sing.

“Personally, it is still an achievement. I also gained a lot of confidence when performing onstage. and connect to the people when conveying the message of the song.

“All in all I gained a new realization that I can sing and explore more genres in music to be able to make my talent grow.

“I remembered I was asked by Vice Ganda if what’s my genre, and I told her that I don’t [really] have a genre because I try and learn all genres. I don’t want to be identified with a certain genre alone.”

He doesn’t want to limit himself when it comes to honing his craft.

As an artist, he is not contented when people get to say ‘he’s already good.’

“I believe that when one thinks that he’s already good at something, that’s the start when one feels ‘uninspired’ and would rest on his or her laurels. The artist won’t put any effort into what he does.

“I wanna stay hungry to learn and to keep growing.”

He grew up with the music of Whitney Houston, Mariah Carey, Luther Vandross, Carpenters, Regine Velasquez, BOYZ 2 MEN, Jed Madela, and many more. Also, he used to sing gospel songs, soul, and R&B.

Today, he also sings some rock and pop songs.

Back then, he didn’t have confidence in his appearance, but over the years, he learned that it is not about the body size, but it’s how big one’s heart is.

“It is the confidence and the singer’s ability to communicate with the heart that matters most,” he stressed. 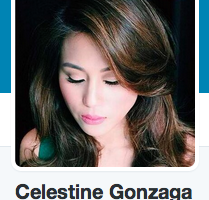