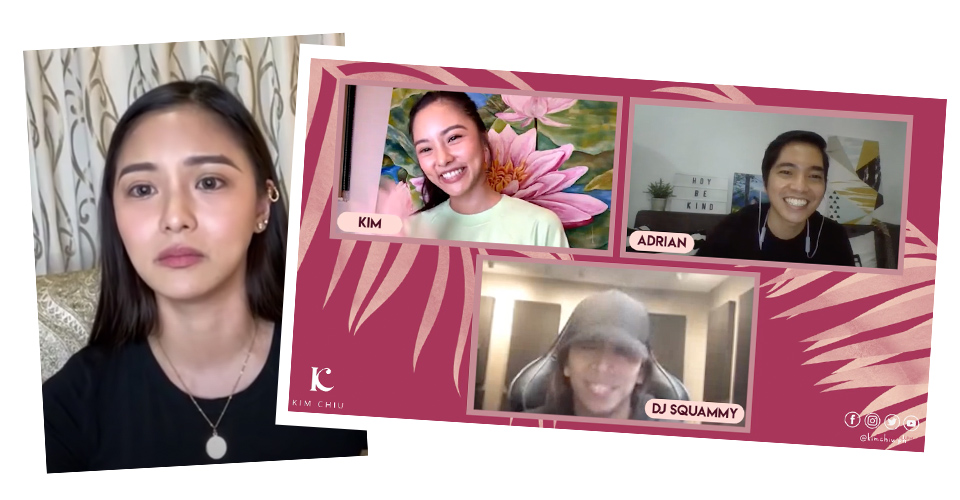 Last week, Kapamilya actress and Star Magic artist Kim Chiu took part in the ABS-CBN’s Laban Kapamilya online protest. Like other contract artists, Kim was given a chance to speak her mind and voice out her sentiments over the network’s shutdown of operations. It was through a speech on live video.

A part of Kim’s emotional statement went viral, the one where she likened the country’s laws and ABS-CBN’s situation to a classroom organization. In the said portion, Kim could be seen struggling to articulate her thoughts.

Kim was quick to acknowledge her mistake and poke fun at herself by admitting through a retweet comment that even she got confused by her statement. 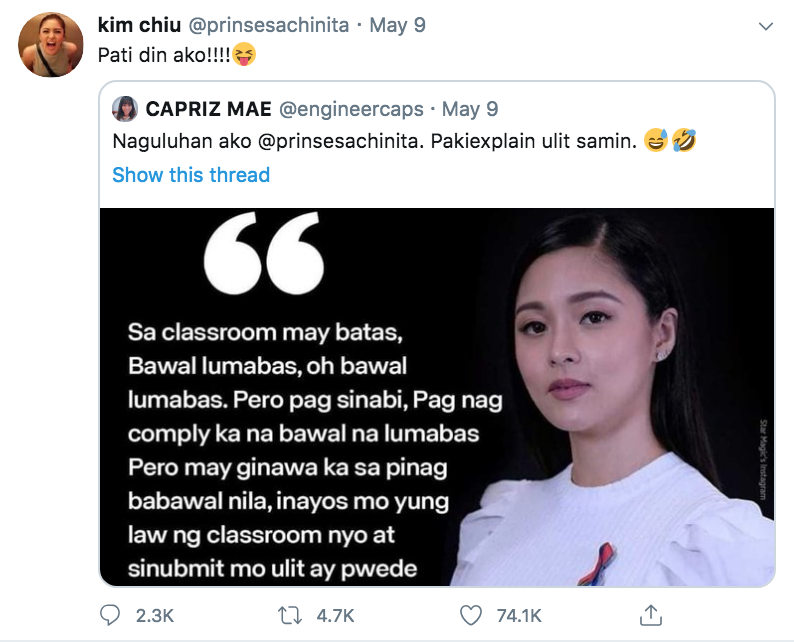 Last night, after more than a week of keeping mum about the issue, the Love Thy Woman lead star broke her silence through a vlog post on her official Youtube channel Kim Chiu PH. In the 33-minute upload, Kim opened up about her choice to remain quiet after her viral speech and admitted initially getting affected by the flak. Kim, however, shared that her perspective about the sticky situation changed after reading an open letter from a random stranger named Adrian Crisanto. The letter posted on Facebook as a status update became viral and reached the ABS-CBN executives (including the Star Magic team).  The letter was forwarded to Kim and it gave the actress an idea to put a positive spin to what she was going through.  A meeting with the letter sender was immediately arranged.

Here’s the open letter to Kim on Facebook by Adrian:

In her latest vlog, Kim’s full conversation with Adrian via a video call was shown and the actress repeatedly thanked her new friend for lifting her spirits at what she referred to as her “lowest point” in life.  The chat was later joined in by musical arranger, DJ Squammy. He is the man behind the viral song version of Kim’s controversial statement. What I expected to be an awkward face-to-face meetup between the musician and the actress turned out to be light and fun. DJ Squammy shared that he received a text message from the Star Music team (ABS-CBN’s music arm) after his song spread on social media like wildfire.

Kim eventually revealed the reason behind the virtual gathering.  She wanted to involve them in a surprise collaboration – the official Bawal Lumabas (The Classrom Song) single  and music video.

The two immediately agreed to the plan, with Adrian suggesting, “Gawin nating inspirational!” When Kim sang the line, “Sa classroom may batas,” to the tune of DJ Squammy’s viral arrangement,they all burst into laughter. 🙂

The full song presented in music video format was placed at the end of the vlog. In case you missed it, Adrian co-wrote the lyrics with Kim while DJ Squammy mixed, mastered, and  produced the music. Vocal arrangement was done by Star Music’s Jonathan Manalo. 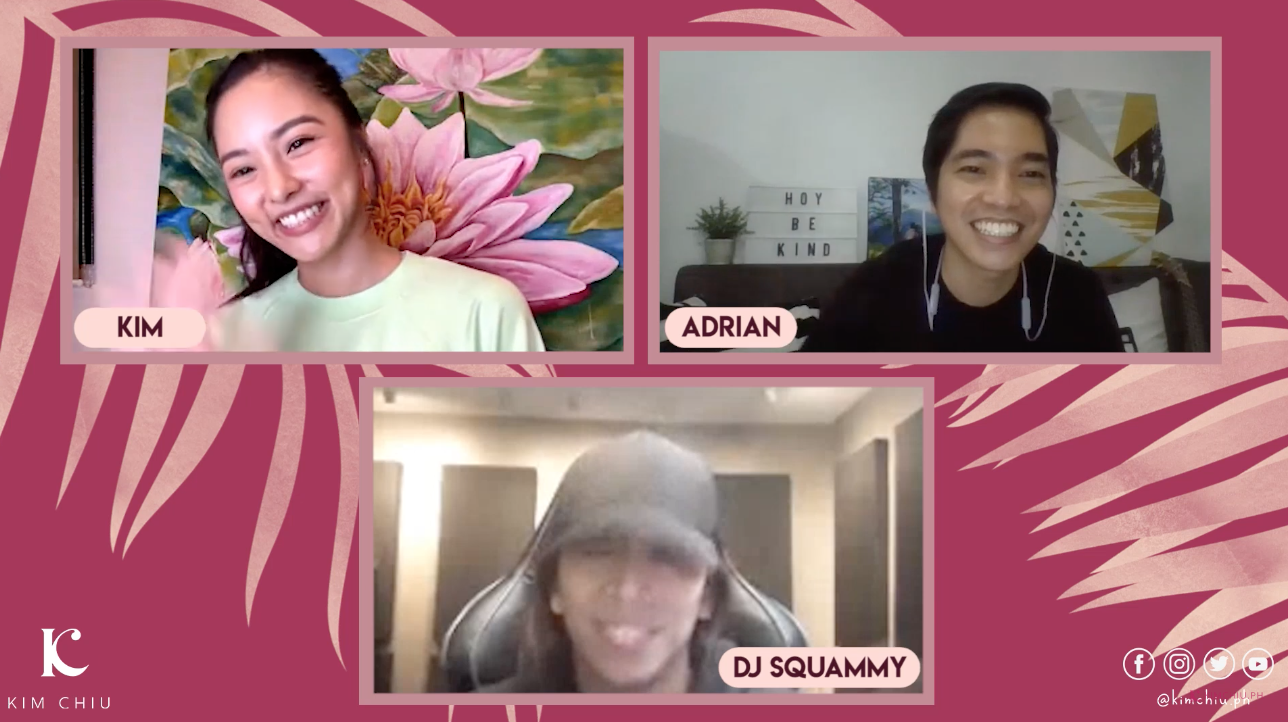 Random thought: It’s so cool how Kim was able to turn things around by facing the issue head-on and embracing her mistake instead of wallowing in self-pity. Of course, it did help that angels in disguise came her way. Who would have thought that what seemed to be a major booboo is now a source of joy and inspiration for people on lockdown? 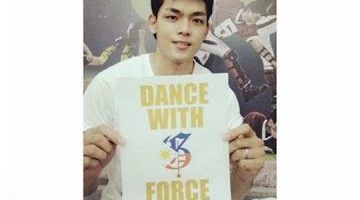