There’s no denying actress Erich Gonzales and model and Pinoy Big Brother All In Big Winner Daniel Matsunaga have chemistry onscreen. The constant teasing they experienced during shared guestings on Kris TV led to the buildup of their fan-created loveteam – DanRich. From just co-hosting with Kris Aquino in her out-of-town tapings, Erich and Daniel were soon paired on primetime via the hit series, Two Wives.

Erich has been very open about her long-time non-showbiz boyfriend. Back in 2012, a ring she wore while baking for a Kris TV episode even raised speculations that the young actress is already engaged. That rumor has long been dismissed but Erich has been very vocal about being in a relationship. Just a few days ago, looks like things have changed.

Through photo sharing site Instagram, Daniel and his mom have intriguing posts that raised questions on his relationship status with Erich. Kris Aquino, one of the first few to recognize the chemistry between the two in her show, revealed on Aquino and Abunda Tonight last night that Erich is now single. When Boy Abunda probed for more information, Kris expressed wanting to keep Erich’s trust and opted not to reveal anything more. Instead, Kris said her morning show will be airing an interview with Erich and Daniel next week, either Monday or Tuesday.

Without direct confirmation, we can all read between the lines through these IG posts by Daniel and his mom. You be the judge. 🙂

Another gift from God for my family! My youngest daughter @erichgg! Beautiful and loving Thank You Lord Jesus! #myfamilymylife 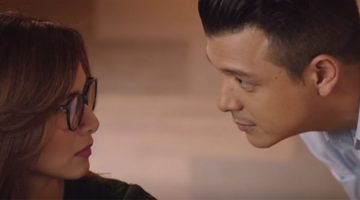