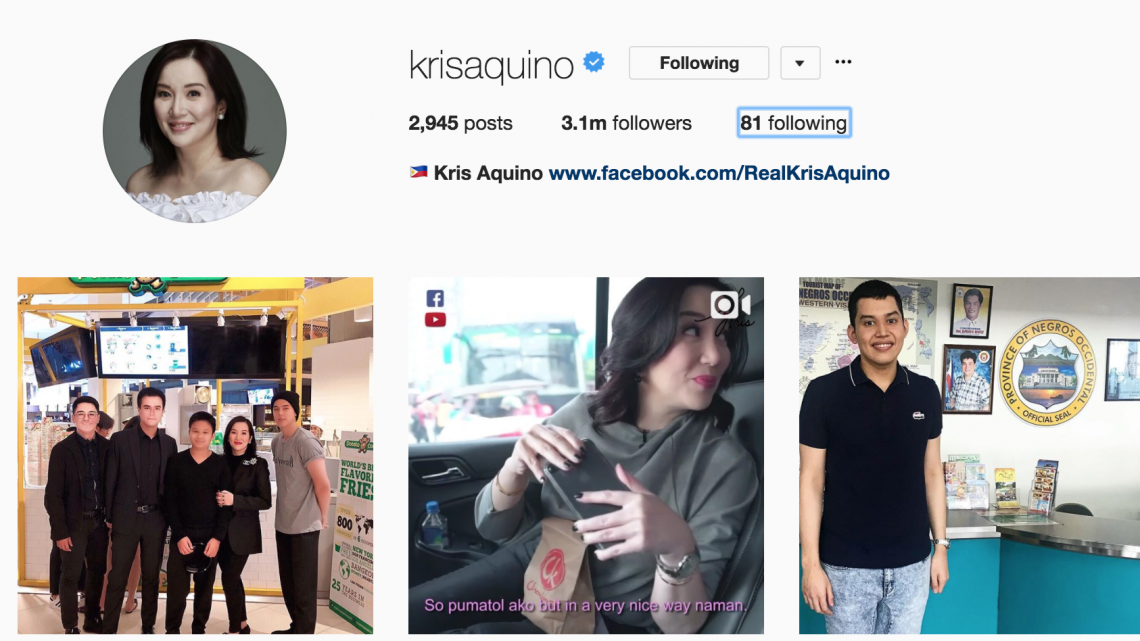 Last month, the Queen of All Media Kris Aquino unfollowed everyone on Instagram. When one of her followers bravely asked what happened, she replied: “to spare people I follow of any reprisal or harassment. Sad but true – it’s not healthy to be identified w/ us now.” 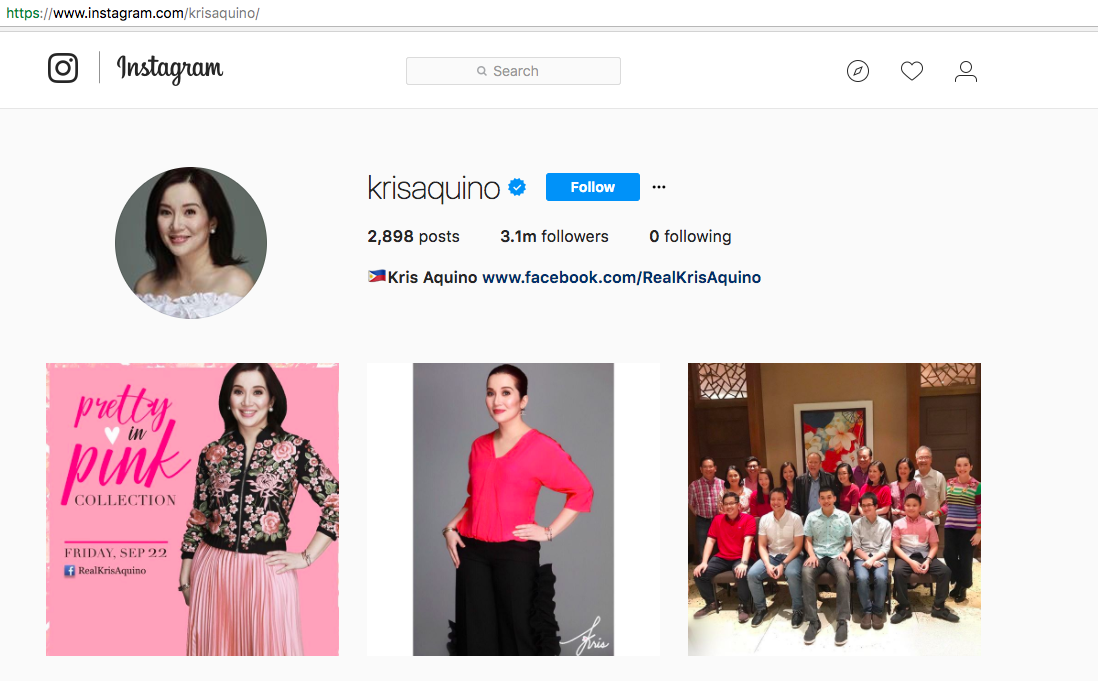 At present, Kris slowly builds her list of accounts followed once again (now following 81 pages). Her list includes a mix of brands she owns/represents, fashion brands, fashion/TV personalities, and some of her closest friends in show business. 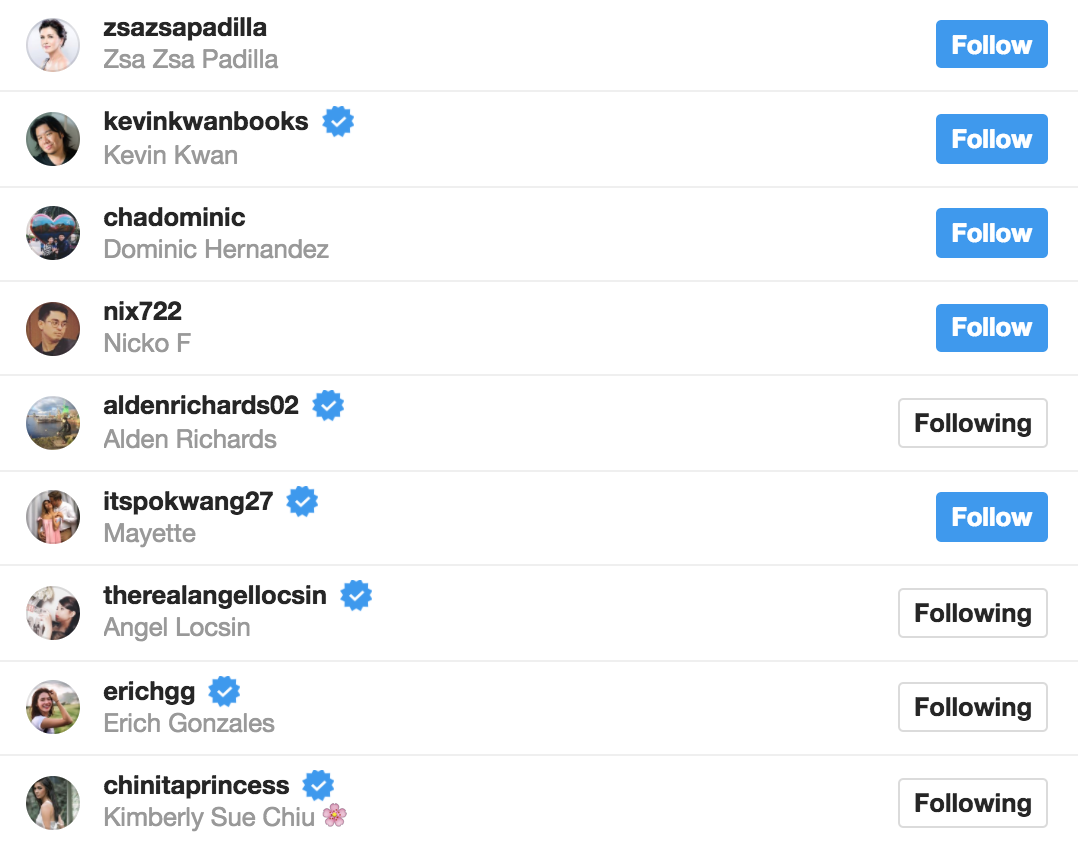 Let’s take a closer look at Kris and her friendship with these 10 personalities: 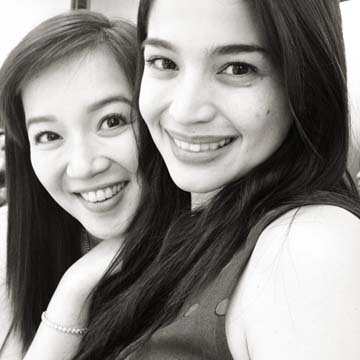 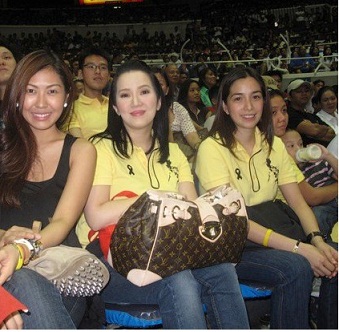 Liz is one of Kris’ main stylists and she was also once linked to former President Noynoy Aquino, Kris’ older brother. 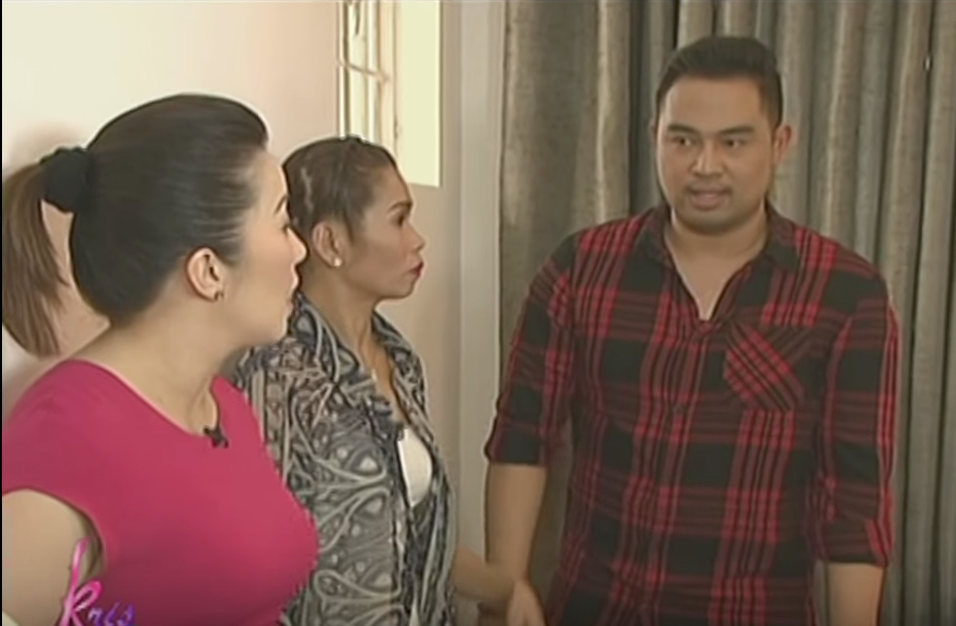 As an avid viewer of Kris TV previously, we know for a fact that Kris adores Jed and his voice so much. In fact, Jed probably had the most number of singing stints on the now-defunct morning show. 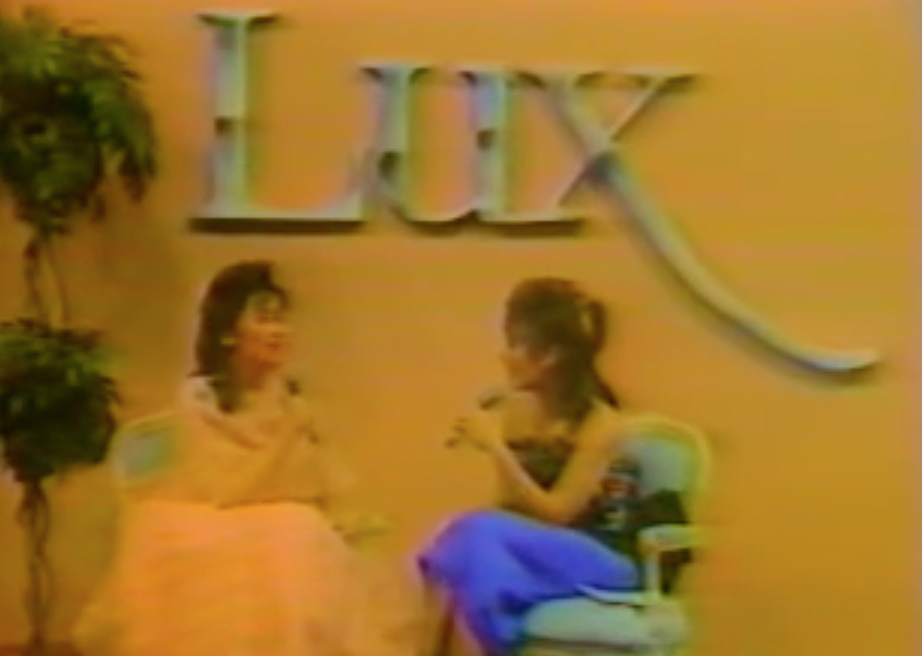 Kris and Sharon had a long showbiz history together (watch this). At present, both of them share the same political party (Liberal Party) as Kris’ brother (Noynoy) and Sharon’s husband (Kiko Pangilinan) remain strong political allies. 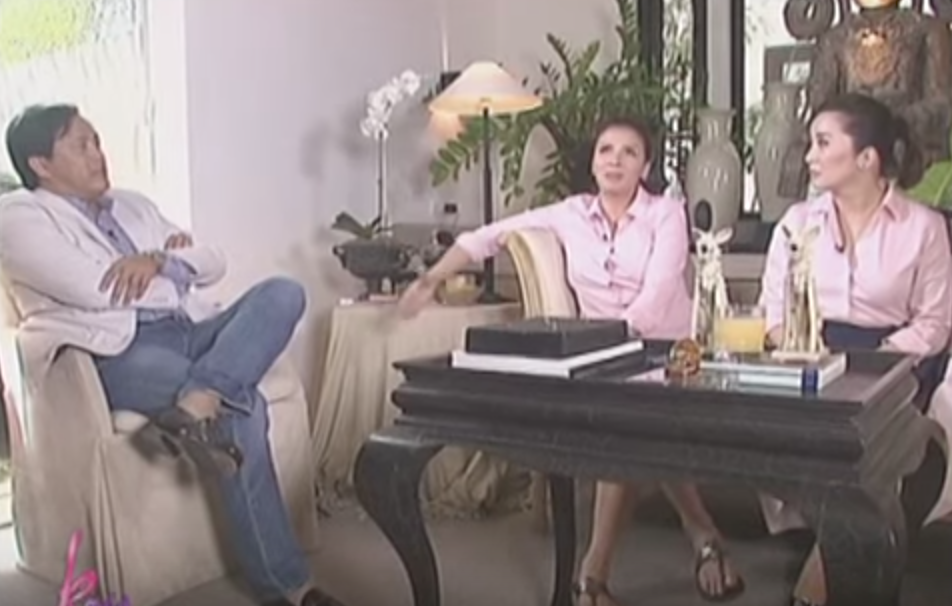 Kris and Zsazsa, who consider each other as best friends, have always been vocal about their strong friendship which has lasted all these years. 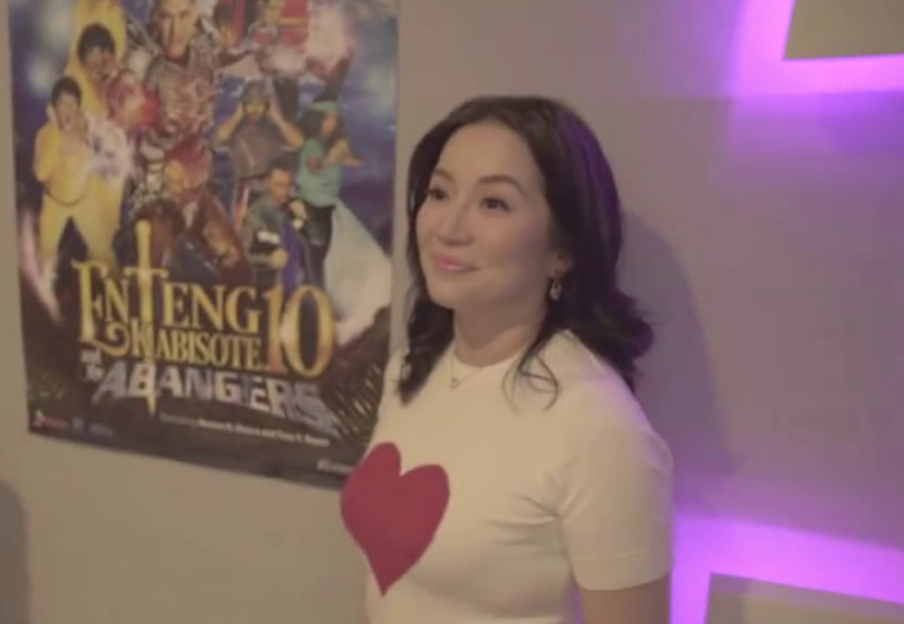 Although we can’t find any photos of Kris and Alden together online, Kris has always expressed her admiration toward the phenomenal AlDub love team (Alden Richards and Maine Mendoza). 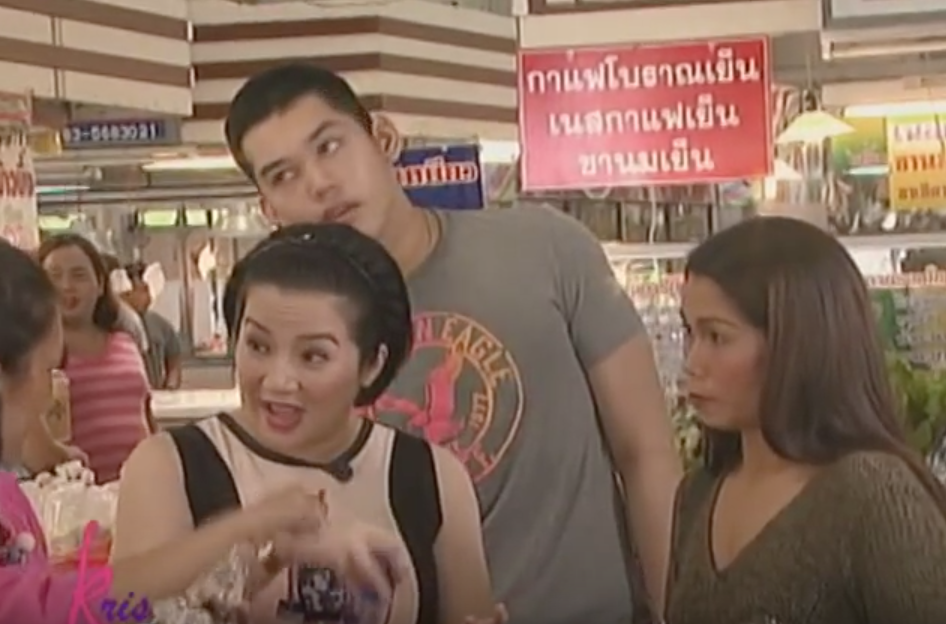 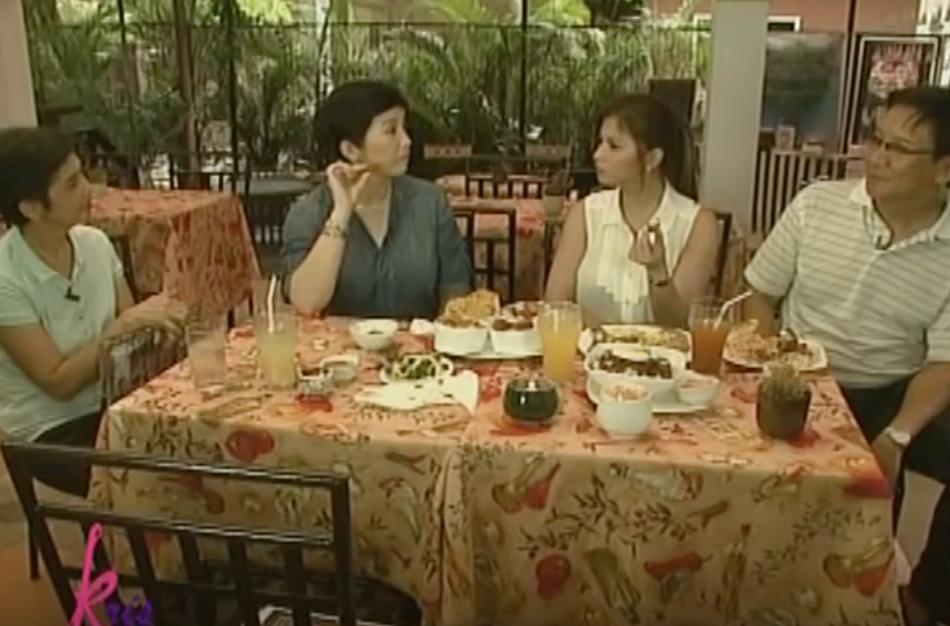 When Angel got back together with her former beau Luis Manzano back in 2014, Kris earlier proclaimed that she wants to be a godmother in their possible future wedding. She was also willing to shoulder their honeymoon in Italy. 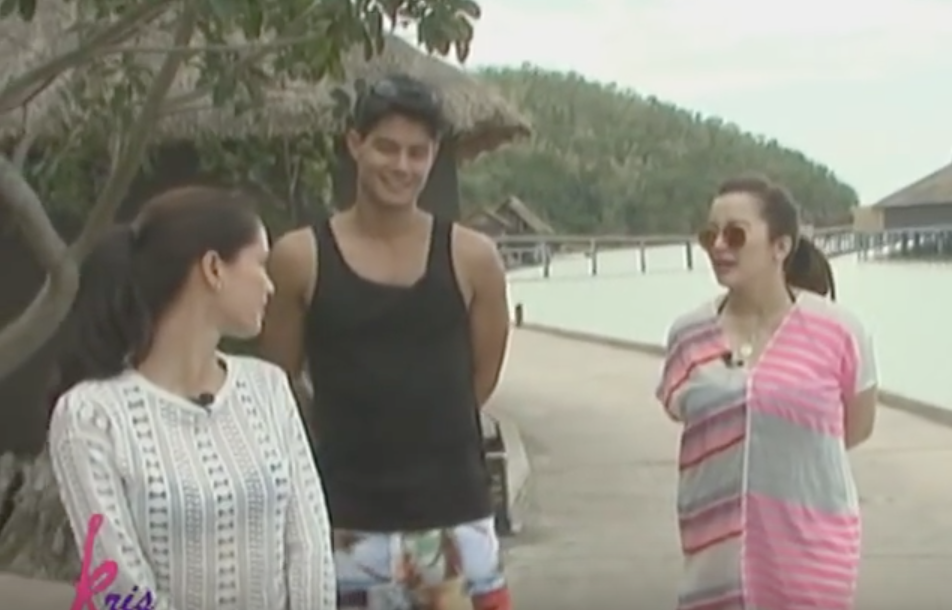 Aside from the many crowns she wears, Kris is also a royalty in matchmaking. She was probably the first one to see the potential between the former couple, Erich and Daniel Matsunaga (of DanRich) in her old morning show. 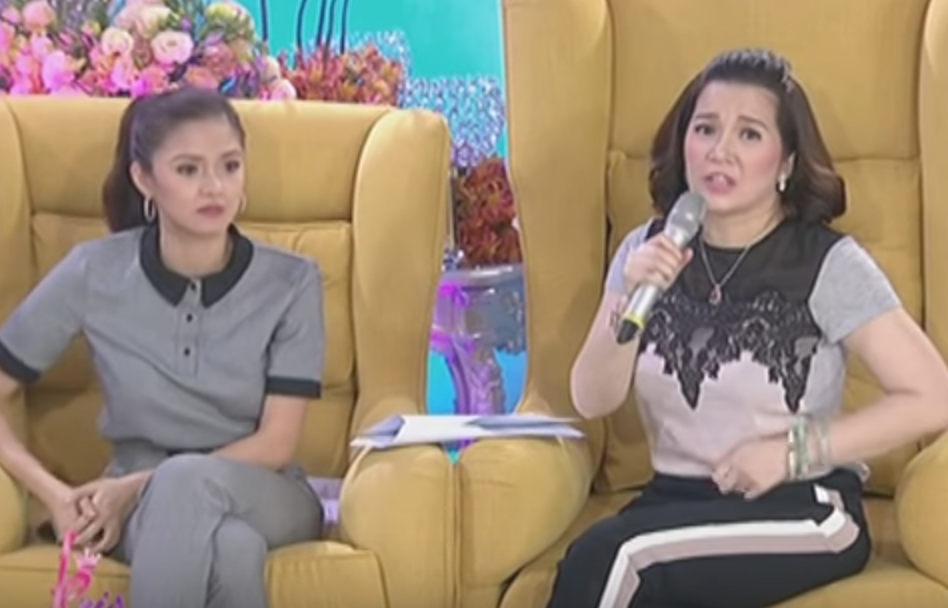 In one of Kris TV’s episodes, Kim proclaims that she considers herself as Joshua and Bimby’s (Kris’s two songs) big sister.

P.S. Based on the references we had above, clearly, we miss seeing Kris Aquino on Kris TV. 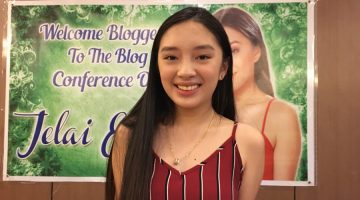 LOOK: Teen Artist Jelai Espino is All Set for Showbiz