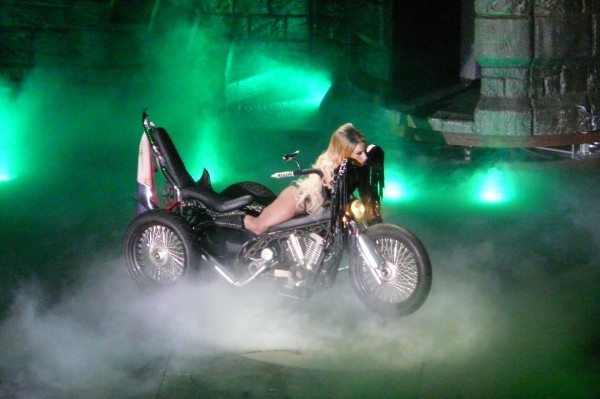 Ah yes, Lady Gaga has finally left Manila, the city of contradictions. On one hand, she was welcomed with open arms by her horde of little monsters, and on the other hand, religious zealots wanted to exorcise the demons out of her. Lol. The latter even insisted on sending observers to the first night of the Born This Way Ball concert tour in Manila to check if Mother Monster would be violating any indecency laws or if she would cause offense to religion.

Check out this video of Lady Gaga’s arrival at her hotel in Makati. So sweet of her to take time to greet her fans 🙂
Video: EllyaKr via Youtube

Okay, to each his own, they say, so let us just say our two cents’ worth. The Philippines Daily Inquirer pretty much summed up our (that is to say this particular Randomista’s) feeling about this whole affair:

“The show may have exposed a lot of skin and simulated sex acts, but the moral crusaders and public officials who were there to find cause to punish Lady Gaga might have been too stunned to complain against the larger-than-life showcase of talent that unfolded.”

There you have it. You might hate or love Lady Gaga, you might or might not agree that she’s an artist, but at the end of the day, you’d be daft to disagree that she is larger-than-life. And maybe this is why she’s so successful–she’s a walking slap-in-the-face to those people who’re saying “you can’t do this b,*tch!” (That last word, by the way is the English equivalent of the tagalog word, “gaga” 🙂 Well guess what, this b*tch is doing it anyway!

In fact, Mother Monster thumbed her nose at her critics during the concert and said:

“I’m not an alien, I’m not a woman, I’m not a man, and I’m not a creature of your government, Manila. I’m all your dreams and I’m all your potential. Let me be all your insecurities and your fears…Tonight’s not about making a statement. Tonight’s us all coming together because we believe we were all born this way.”

“And don’t worry, if I get thrown in jail in Manila, Beyonce will just bail me out. Sold out night 2 in the Philippines. I love it here!”

Oh yes, this has must have been a pretty hectic week for the media, what with Chief Justice Corona, Jessica Sanchez, and Lady Gaga all battling it out for their share of the coverage pie. But we can’t just NOT talk about Lady Gaga.

For one thing, we totally enjoyed her outrageous costumes, some of which, we suspect, were Filipiniana-inspired: Check out these photos from Twitter user @BTWBallWWTour

The picture below sorta looks like a cross between the Bird’s Nest Stadium and a terno, right? 🙂

And check it out from another angle, plus another yellow dress that looks like a silicone version of Imelda Marcos’s favorite dress.

Yep, they do resemble the terno. But then again these photos above were taken in Taipei, Taiwan. So maybe she’s wearing the same wardrobe in all the concert locations 🙂

By the way, the stage looked amazing! It had this castle on it, which was meant to symbolize Lady Gaga’s Kingdom of Fame 🙂 So fab that this world-class set-up graced Manila’s equally fabulous new concert venue, the SM Mall of Asia Arena.

And here are some high quality, front-row videos posted by Youtube user sammycute30sammygaga. Thank you very much for sharing this, sammy! 🙂

P.S. It’s funny how she came out of a giant vajayjay! Don’t miss it, it’s on the first video. Haha. 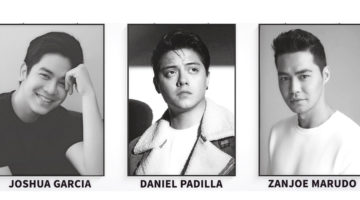