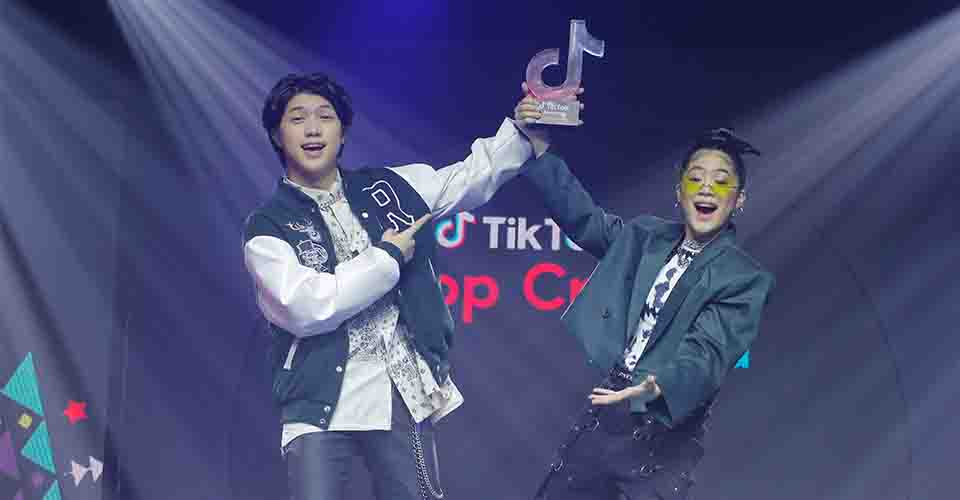 TikTok, the leading destination for short-form video content, just concluded its first-ever TikTok Awards show in the Philippines, presented in partnership with Globe and TM. The star-studded event, which streamed live on TikTok Philippines‘ official TikTok account on July 4th, was a monumental success, especially in showcasing Pinoy talent on TikTok.

Hosted by international sensation Billy Crawford, and voice talent Inka Magnaye, the show opened with a musical number that combined singing, dancing, and viral dance trends. During this opening number, viewers got to see Donnalyn Bartolome and Zendee belt out some of today’s top hits. They also enjoyed an awesome dance segment featuring Sofia Pablo, Ella Cruz, and bad boys of the dance floor DJ Loonyo, EA Guzman, and Mark Herras. Along with this was a throwback look of some of the viral dance trends seen on TikTok over the past few months, performed by Yumi Garcia and Mannex Manhattan.

Several other musical performances were featured throughout the program, in between awards segments. Singer Moira dela Torre, performed a medley of Olivia Rodrigo’s songs, Driver’s License and Deja Vu, which are both huge hits on TikTok. Gloc-9 and Shanti Dope kept the energy high with their poetic lyrics and rhythmic rapping. Maris Racal performed her new single, Ate Sandali, live for the very first time, and rockstar Rico Blanco spread good vibes with his performance of Happy Feelin’.

Sibling duo, and recipients of TikTok’s Top Creator of the Year Award, Ranz and Niana, set the dance floor on fire with their stellar dance performance. This well-loved brother-sister creator team has over 27 million TikTok followers, and their videos have garnered over 3 billion video views on the platform. The ultimate #SiblingGoals, Ranz and Niana have set dance trends all over the world through their TikTok content.

Sanya Lopez, Dasuri Choi and Yanyan de Jesus also showcased their talents, in a number that featured different TikTok choreography and dance routines. Filipino boy band SB19 delivered an explosive closing performance to the show with a heartfelt rendition of their songs, What? and Mapa. #SB19atTikTokAwardsPH was also trending all evening, with over 200k tweets posted throughout the event.

And the TikTok Awards PH 2021 Winners Are…

Upon receiving their Top Creator of the Year Award, Ranz Kyle was quoted saying, “It’s crazy how TikTok evolved. We were there when it first started. The creativity is crazy!” Niana shared, “We will continue making content for you, guys. Just watch out, we won’t stop yet!”

Zendee, Marvin Fojas, and Yanyan de Jesus were all voted as winners for the Top Talent Award. Marvin, a comedy creator, said during his acceptance speech, “I believe that comedy is also an art. It requires talent, it requires creativity. So proud ako na nakuha ko ‘tong award na ‘to.”

The winners of the Rising Star Award category were medical student, Vanessa Alvarez; Catholic priest, Father Fiel Pareja; and medical post-graduate intern Krizzle Luna, while the Top Creative Award was given to creators Stephen Benihagan, Dr. Kilimanguru, and Boss Edlyn. After accepting his award, Dr. Kilimanguru shared, “I started creating content when I was 16 years old and it wasn’t only until I was 25 years old that I discovered my true purpose as a content creator. Everyone should have a free, legitimate medical information and advice and I’m really grateful to the organizers of TikTok Philippines for recognizing my advocacy for health, education, and entertainment.”

Winners of the Popular Creator Award were also handed out during the show. The recipients of this award were creators Jookstogo, Lennie Enverga, and John Lloyd Castillo.

Having grown as a platform for creativity and self-expression, filled with varied content and a diverse community of creators, TikTok has transformed the lives of many of its users for the better. These same creators helped build and mold the TikTok community into the inclusive and safe space that it is now, where anyone can truly be themselves. In turn, TikTok continues to uphold the safety of its community as its number one priority.

TikTok has gone beyond providing entertainment, to being a place where you can learn important lessons and vital information needed in day-to-day life. The game-changing platform has also been instrumental in nation-building, playing an active role in supporting the community during times of need, and throughout this pandemic. As host, Inka, shared, “TikTok has been my outlet to survive this pandemic. Once you post your videos you’ll understand the encouragement. The feedback that you will get and give on TikTok is just incredible.”

Download TikTok on your iOS and Android devices today.