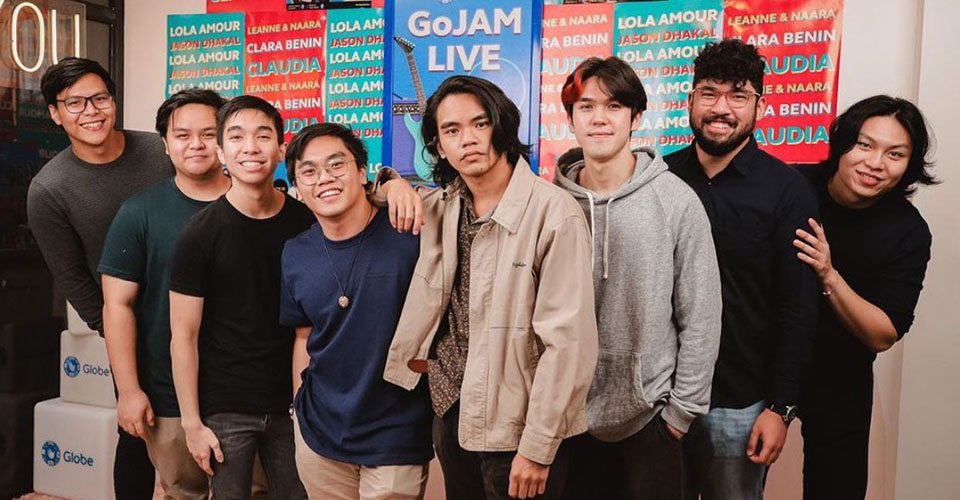 “What if I told that I’ve fallen?” This has been playing in my head for hours now after listening to rising band Lola Amour‘s latest single. With the pandemic hampering some of the band’s planned releases, Lola Amour was finally able to release their latest song “Fallen” – a track which was written back in 2019 and was originally slated to be released in April 2020. The song is behind the hit TikTok hashtag #FallenStory (with 6.3M views!).

Why is the band’s name Lola Amour?

Vocalist and songwriter Pio shared the story behind the band’s intriguing name. He said, “Noong high school kasi, isa kaming barkada, it was split into two bands. It was me, Renzo, and Jox (saxophonist). We were called Sinigang na Baboy. The other half was Raymond, Martin, and Zoey. Mahilig kami mag-Battle of the Bands and mag-perform sa school events. So, noong college, sawa na kami sa style namin and we decided to combine.” He went on to share that coming up with a new band name took the group so long until one pitched in a brilliant idea as the prepared for Wonder Battle, a contest by Wonderland music event. “Eventually, last selection process namin, sinong pinakamagandang pangalan ng lola. Nanalo ‘yung lola ko. Si Lola Amor! Pero walang u ‘yung Lola Amor,” Pio laughingly said.

“As ‘Fallen’ was written and arranged before the pandemic, it was put together the same way a typical Lola Amour song would. Pio had a skeleton then we all pitched in during our rehearsals,” Lola Amour bassist Raymond King explains the recording process. “Recording, on the other hand, was a whole new ball game. We actually recorded about 60% of the track early 2020. Then, because of the lockdowns, we were only able to continue early 2021. That lull was both good and bad for us. It was good because we had enough time to digest the song. We had the luxury to change anything we didn’t like. On the other hand, and I don’t know if it was just me, but it was bad because we felt like we outgrew the song somehow. Still, the pros outweigh the cons.”

See also  WATCH: Random Chat with G-Force Ritz on His Viral 'Shape of You' Dance Cover Video with Kathryn Bernardo

Fallen follows the 2020 rework of their 2017 debut EP “Don’t Look Back,” another record that, according to Raymond, was released at the worst timing. Talking about the reception of their fans despite the pandemic, he shares, “The lack of live shows really hit us hard, and when the pandemic started, we weren’t able to adjust to the online setup right away. So, when it comes to releasing new songs, we kind of developed chips on our shoulders. We thought that being absent for a few months would lead to us being missed. So, we thought newer releases would do well. Sadly, our first pandemic release, ‘Don’t Look Back Revisited’ was released at the worst timing, right when Typhoon Ulysses hit the country. With everything that was happening, it did not feel right to promote the EP at that time.  Qualitatively, the reception was good and, as always, our fans were there to support us. However, it wasn’t the comeback we envisioned. Many other factors lead to this result, but that didn’t faze us. For our next release, ‘Fallen,’ we really wanted to give our fans more than just a typical song release which is why we prepared a special show just for them. Thankfully, Fallen has been getting a lot of great feedback and is continuously being streamed more times that we expected. We really owe it to the fans for their continuous support even during the pandemic.” The song also marked Lola Amour’s longest jump between releases, showing the global pandemic’s impact not just on the band but on the entire music industry, unable to properly launch records with live gigs.

Another setback that the band had to face was letting go of one of its members. Just recently, Lola Amour announced that “Fallen” will be keyboardist Martin Kim’s last song with the band. According to the band’s official statement, Martin had to return to Korea when the pandemic hit, and given the uncertainty during this time, his prolonged stay allowed him to settle down and get a great start on his career. When asked about the keyboardist’s departure and how this might affect their musical style, Raymond expresses, “Martin’s departure was tough. Having to let someone who had contributed so much to our sound was both sad and scary. A lot of the keyboard hooks would actually come from the uniqueness of his perspective of the instrument itself. As he wasn’t really a keyboard player when we started, I think he approached the instrument in his own odd but refreshing way; so much so that it had become part of the Lola Amour sound. So yes, I think a lot of things would be different moving forward; but that is still to be heard.”

Following this announcement, the band happily welcomed their new keyboardist, David Yuhico. David stepped in during the pandemic as Lola Amour’s keyboard sessionist, sound engineer, and music consultant. He also composed and performed the piano parts of Please Don’t Leave and Fools (Revisited). On the band’s biggest hope moving forward, Raymond said, “After releasing ‘Fallen,’ I think people could expect more content of better quality. This was the hardest we had ever worked for a release. The quality of the video, audio, and the content itself was upped and I think our efforts are evident. Though it was hard, we loved working on it and can’t wait to do the same and more for the next releases. And now, after having Davin onboard, I think even the quality of the actual songs would improve. Because he has a background in composition and sound engineering, I think our coming releases would have more depth, instrument-wise. Think of it as knowing that each and every note of the song will have a reason why it’s placed there.”

“Fallen” currently has more than half a million total play counts, and as far as Gen-Z promotion goes, the band’s TikTok promo now has an accumulated 2.5k likes on its three entries, all thanks to their ever-supportive fans. “When we premiered our ‘Fallen’ single launch on YouTube, we saw a lot of messages in the live chat where they said that they wanted to tell their crushes that they’ve ‘Fallen.’ And we saw a couple more comments on our YouTube, Facebook, and Twitter. We then thought that this is actually a great way to connect with people, and so, the #FallenStory challenge came about. We started this in our Discord server with our fans and we read a lot of great stories. Some of them were good, some of them were not so successful. And so, we wanted to come up with another challenge wherein we wanted to show that no matter what the outcome may be, it gets better after a while and eventually, you can just look back and laugh about it. Now, seeing all the people who did the challenge, I feel like we got closer to our listeners, knowing that we have similar stories makes me feel like we played it for them at a gig and got to know them better,” Raymond says.

For the remainder of the year, the band is set to release a few more songs that they have been working on since March 2021. “We’ve asked help from a couple of our friends for this project, and we’re all excited to share this with everyone. Stay tuned!” 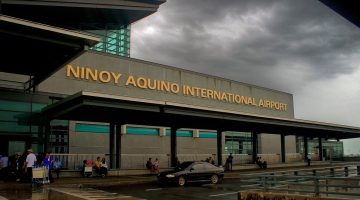