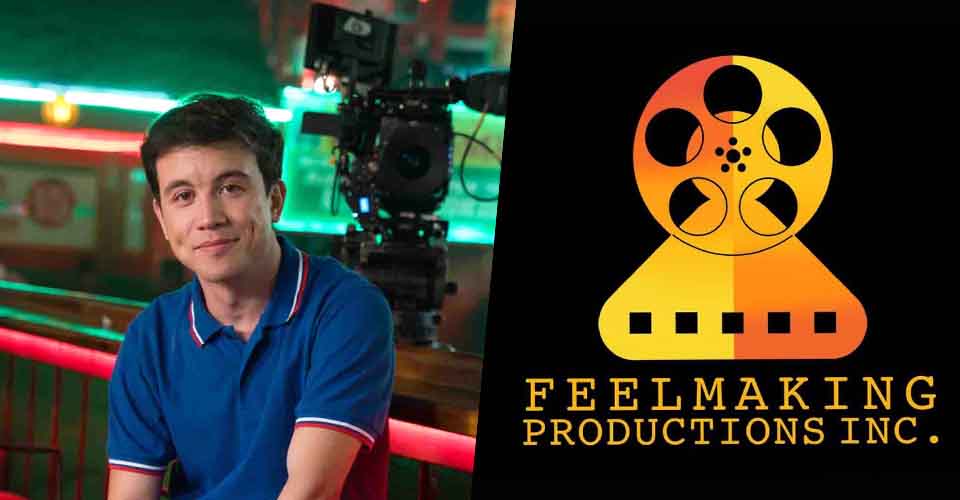 The best films that really leave a mark on your consciousness – the kind that compels you to think, to feel, to act – aren’t always the most highly commercialized, over produced, special effects driven extravaganzas. Sometimes, the most memorable films – as evidenced by some very successful cinematic outputs of late – are the ones with the simplest narratives, with a more realistic understanding of the human condition.

Why is real more palatable? In a society that is saturated with so much artifice, we crave for a depiction of life in its rawest, unfiltered form. These are the kinds of stories that award-winning actor Arjo Atayde’s new production company wants to bring to the Filipino viewers: the unorthodox side of life, the layers and facets of human beings that we often forget to show, and the truth in its crudest, unprocessed, unrefined glory. In a nutshell, Feelmaking Productions, Inc. (FPI) wants to bring you stories that are begging to be told.

FPI is the collaborative brainchild of Atayde along with veteran television director Avel Sunpongco, and ace advertising and marketing communications practitioner Marj So. They envision it as a holistic film and marketing communications company, with the aim to create innovative and engaging content that will hopefully influence and impact people’s lives. Their goal is to present cutting-edge stories that mirror reality in the hopes of igniting positive change in the outlook of the public on relevant social issues.

“I found myself writing a story,” recounts Atayde of a time in his career when he felt compelled to give more to the industry after years of acting. “I felt there was something more, something else that I could give to this industry. Not just fame or recognition, but a gut feel that goes beyond acting. I realized I wanted to tell stories that are simple but worth telling, something that could go global and transcend borders to bring Filipino filmmaking to another level.”

FPI believes that the Filipino audiences have been ready to receive and embrace a wider spectrum of film genres that are not limited to the usual, formulaic tales we have become accustomed to. “It’s time to adapt to changing times and tastes,” Atayde said. “We believe there is a different way of telling Pinoy stories that the world will embrace, and I’m not saying that we can do this, but we will try. That’s what we’re here to do.”

For Atayde and his team at FPI, collaborative creativity is the philosophy behind their venture. Anchored on the same kind of professionalism that Atayde has witnessed in his home network ABS-CBN, FPI believes in keeping the atmosphere of their workplace and locations happy, trusting that when everyone finds joy in their work, the output would manifest the same energy. This reasoning was put into practice in their first project Hey, Joe a drama centered on familial struggles and the lengths one would go through for one’s family. Starring veteran actress Nova Villa and Atayde himself, the film is being shot on location in Baguio City along with a stellar ensemble cast that includes Joel Torre, Eric Quizon, Mon Confiado, Dumbo, Nikko Natividad, Gillian Vicencio, Iana Bermudez, Manuel Chua, Yamyam Gucong, Jobert Austria, Donna Cariaga, Chamyto Aguedan, and Alexa Miro with the special participation of Ria Atayde.

“This is my dream project. This story has been in development in my head for nine years. I feel that now is the perfect time to finally turn this dream into reality. The film industry was totally affected by the pandemic, so I’m really hitting two birds with one stone through this project – making a long-time dream come true, and at the same time providing work for our brothers and sisters in the business, especially the crew who are part of this movie. We may not be able to help everyone, but this is a small contribution that we are honored to make,” Atayde expounded.

With FPI, Atayde and his partners hope to uplift and revitalize the film industry through a decidedly different approach to filmmaking: one that is characterized by the equal treatment of all members of the cast, staff, and crew, doing away with old-school practices, keeping the mood fun and light, and ensuring that the output speaks for the quality of work put behind it as they all collectively focus in creating quality films that aspire to be at par with international standards of excellence.

The best stories usually come from human experience, no matter how simple they may be. Often, the simplest stories are the hardest to translate into film, but when done well, these are the stories we never forget, and these are exactly the kind of narratives FPI endeavors to tell. 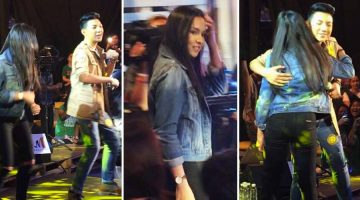