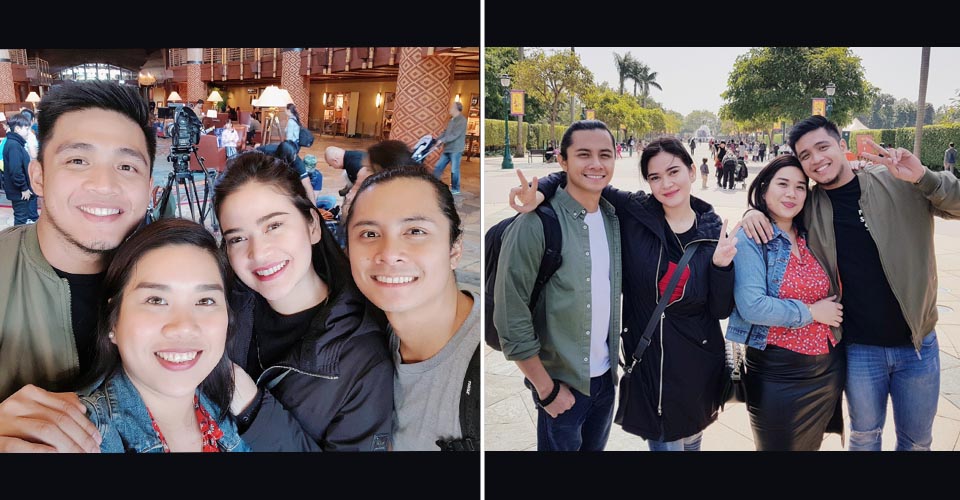 Early last year, an open breakup letter from a girl named Karla Andrea Bonifacio went viral online. While we instantly assumed hugot as the theme, we were surprised to see that Karla had it differently. She spoke kindly of Gio, her boyfriend for almost eight years, and the man who broke her heart.  Looking back, there’s no wonder the letter became viral. We have seen enough badmouthing and sideswiping exes on TV and social media that a positive one is a breath of fresh air.

It actually took so much courage to post this…
But for the past 7 years & 7 months, people witnessed the love story that was Gio & Karla.

For almost 8 years, I’ve only loved one person. He loved me since we were 14 but it took me 2 years to realize that I love him too.

We did a lot of things together. From sneaking out during highschool & lying to our parents that we have to do projects after school so that Gio & I can go to mall — with only 300 pesos that we saved up from our school allowance. We’d eat in food courts & share one iced tea. But it didn’t matter actually because we were happy.

Until we’ve reached college and we had to go to different schools. But I was very confident that we’d survive it… because we love each other. And we actually did.

? He was one of my motivations to finish school. Because I want a bright future with him. He would pick me up in school, he would help me with my projects, he would take me out to eat after a hectic day. He was all I see as I march during my graduation. And I can finally say, we made it.

Months have passed & we both got employed. This was the time that we were able to do a lot of things. 300 peso pocket money became thousands, food courts became fancy restaurants, window shopping became real shopping, jeepneys became taxi, malls became out of town & even out of the country. He was there when my dad passed away. I was there for him when his mom passed away too. Through happiness & pain, we got each other’s back.
I experienced a lot of things because of him. Because he was there. He’d do everything to make me happy.

We were the ideal couple. We do everything together. I can’t even see myself loving somebody else. Because I already found my soulmate when I was still in St. John’s Academy’s green jumper, my black leather shoes with white socks & my backpack. My future was him. He was the person I want to see at the end of the altar.

I loved the relationship we had.
But it has come to an end.

To Gio, to the love of my life. To my constant companion, travel buddy, my shock absorber, the answer to my every whys. We’ve reached the end of the tunnel and it’s time to part ways.
Thank you for holding my hand during the journey. It was a worth while journey. A journey i will forever treasure in my heart.
I sincerely pray for your happiness, even if that happiness doesn’t include me anymore.

☺ I hope you reach your dreams. I may not be able to witness it anymore, but know that I will be cheering you from afar. You deserve to be happy, you deserve to love again. And I do too. I don’t regret ever loving you. Loving you was one of the best decisions I’ve ever made. One day, I know we’ll cross paths again. One day I can look at you in the eyes & I won’t feel hurt anymore. One day, we’ll talk about how much we’ve loved each other and that helped us love another person. You will always have a special place in my heart. And let’s believe in love again. It’s okay. We will be okay. One day i believe we can be friends again.

To my family, mom & ate, my friends, you know who you are. THANK YOU. I wouldn’t be able to survive this if you guys are not there to pick up the pieces.

To those who believed in us salamat. But this is going to be my last post about Gio. About us. 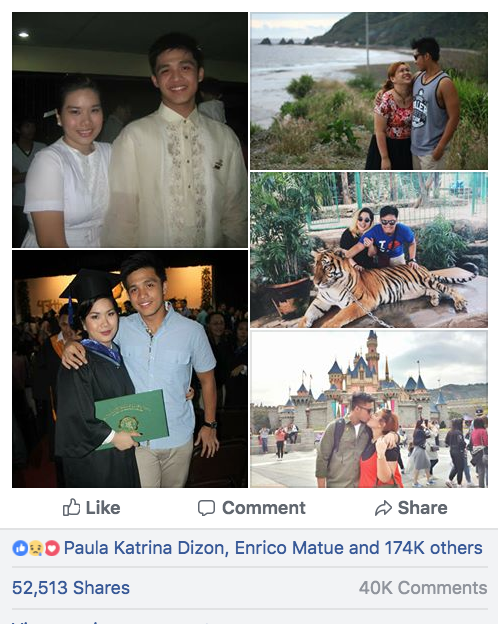 Weeks after the letter became viral, Karla’s posts talked about moving on and improving one’s self as part of the recovery process. To our surprise, eight months after the much-talked about letter, Karla’s Facebook post talked about how she and Gio are back together as a couple.

“8 years later, we are still in each other’s lives… I am not his “the one that got away” afterall.

But now that I am older and more mature, I realized that the man made for me is not a prince in his white horse. He is not a knight in shining armor. It’s not true that the man who loves you will never make you cry. Because trust me, he will… But if he really loves you, he’ll also be the one who’ll wipe your tears away & he’ll be sorry for being the cause of your pain. He’ll promise that from this day on, he’ll just give you all the happiness you deserve. Don’t look for a man who’ll never make you cry, but look for a guy who’s worthy of the pain because his love is stronger.

This isn’t a fairytale we live in. This is the real world where pain is inevitable. You can have your ideal man, but you can never have your perfect man. But he can be perfect for YOU.

If I didn’t take my chance, if I let my pride and anger consume me, I wouldn’t be here right now… where I want to be.

Take a chance. Love is always worth the risk. Second chance ain’t so bad after all. There is hope for all of us. #lovewins

Our adventures are meant to continue. #KxGadventures is back! 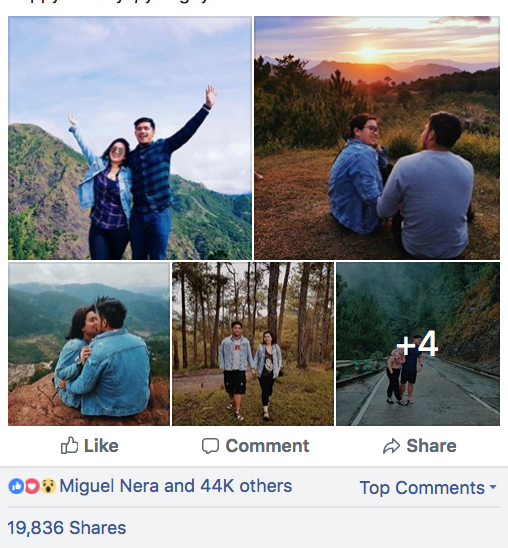 Karla and Gio’s inspiring second chance at love will be featured in tomorrow’s Maalaala Mo Kaya (MMK) episode with no less than Bela Padilla and JC Santos to portray them. The said #MMKASecondChance episode marks the reunion of Bela and JC whose chemistry was first tested in the 2017 box-office hit 100 Tula Para Kay Stella. Some scenes for the MMK episode were shot in Hong Kong. For all of us spectators, we’ll finally find out the details behind the breakup and reconciliation of Karla and Gio. 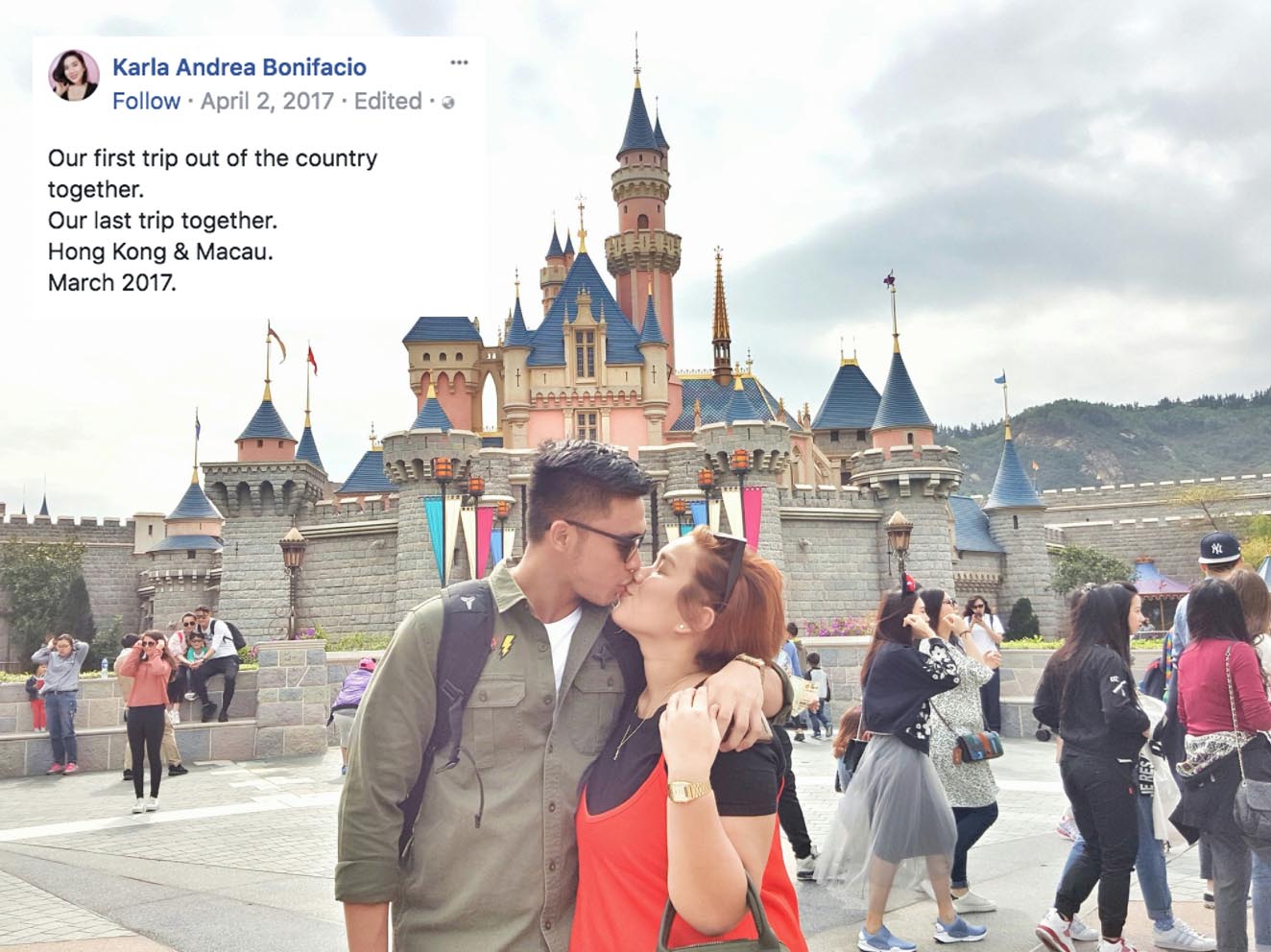 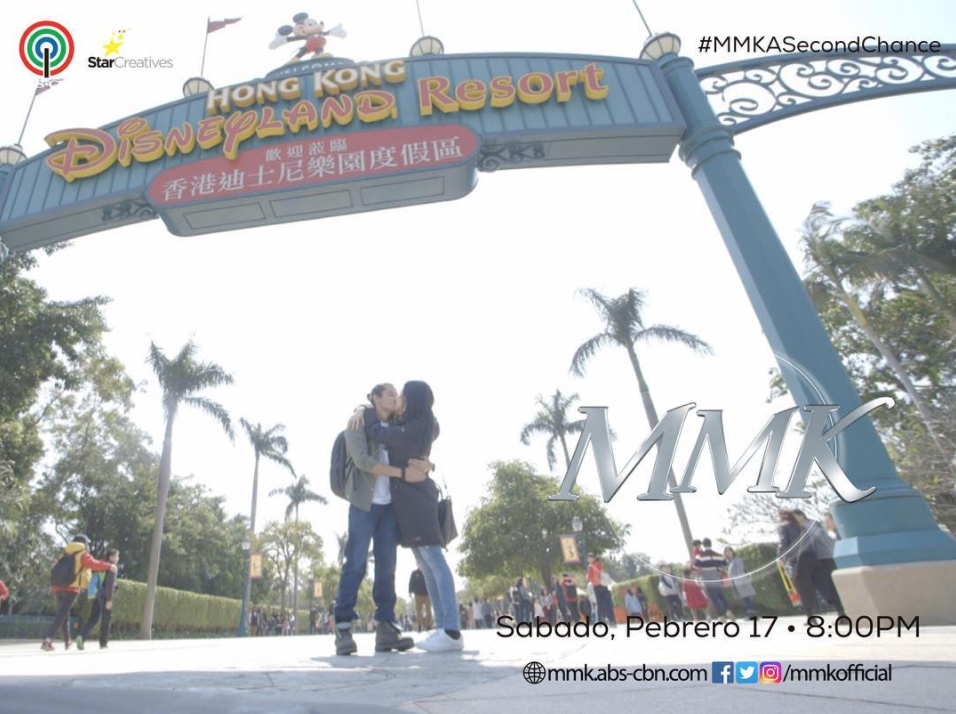 Check out this teaser: 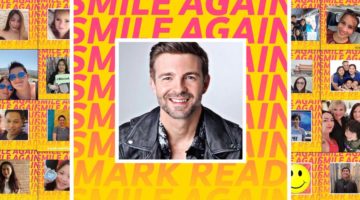