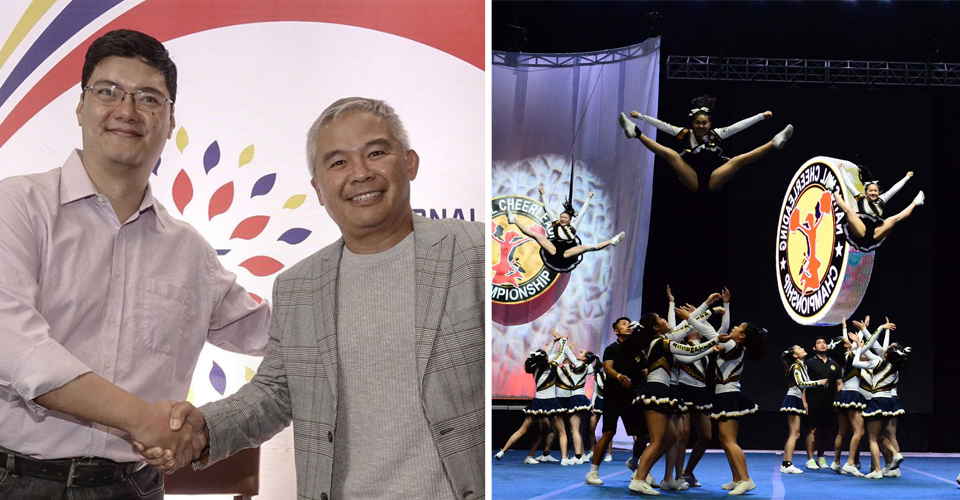 ESPN5 gives Filipino sports fans something to cheer for, as Season 14 of the National Cheerleading Championship (NCC) kicks off with the South Luzon Qualifiers, to be held on October 6 at Robinson’s Mall, Las Piñas. A presscon was held in Makati last October 2. 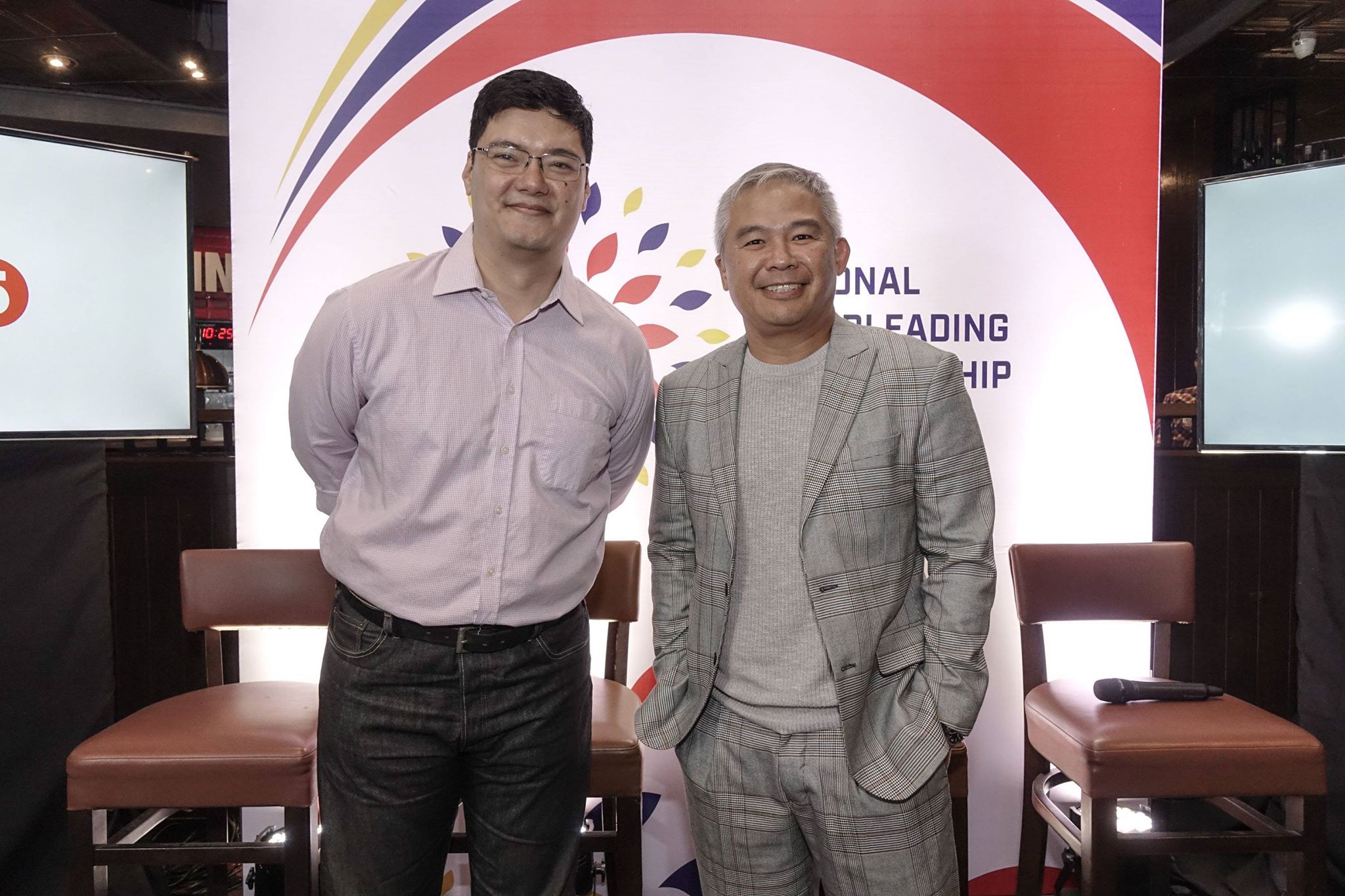 [NCC Head Carlo Valdes acknowledged the risks involved in cheerleading and stressed the importance of creating a safe space for training our local talents.]

A series of qualifying tournaments will be activated where over 300 teams will vie for the chance to compete at the 2019 Nationals, the annual Cheer, Dance, and Drumline Competition of the NCC, which will be held on March 2019 at the Mall of Asia Arena.

The NCC also seeks to elevate Filipino cheerleaders to international acclaim with Team Pilipinas. As the official representative of the International Cheer Union, the recognized world governing body for cheerleading, this NCC-groomed team participates in competitions in Asia and Oceania, as well as the World Championships to be held in Orlando, Florida in 2019.

Last April, the Team Pilipinas delegation was composed of athletes selected from the different high schools and universities that compete at the Nationals. Assumption College and Poveda Juniors competed for cheer hip-hop and the Junior Championships respectively, while the All-Girl and Co-Ed Elite Teams were drawn from students from NU, Ateneo, UST, De La Salle, FEU, Holy Spirit, Miriam, St Paul Pasig, and other schools. 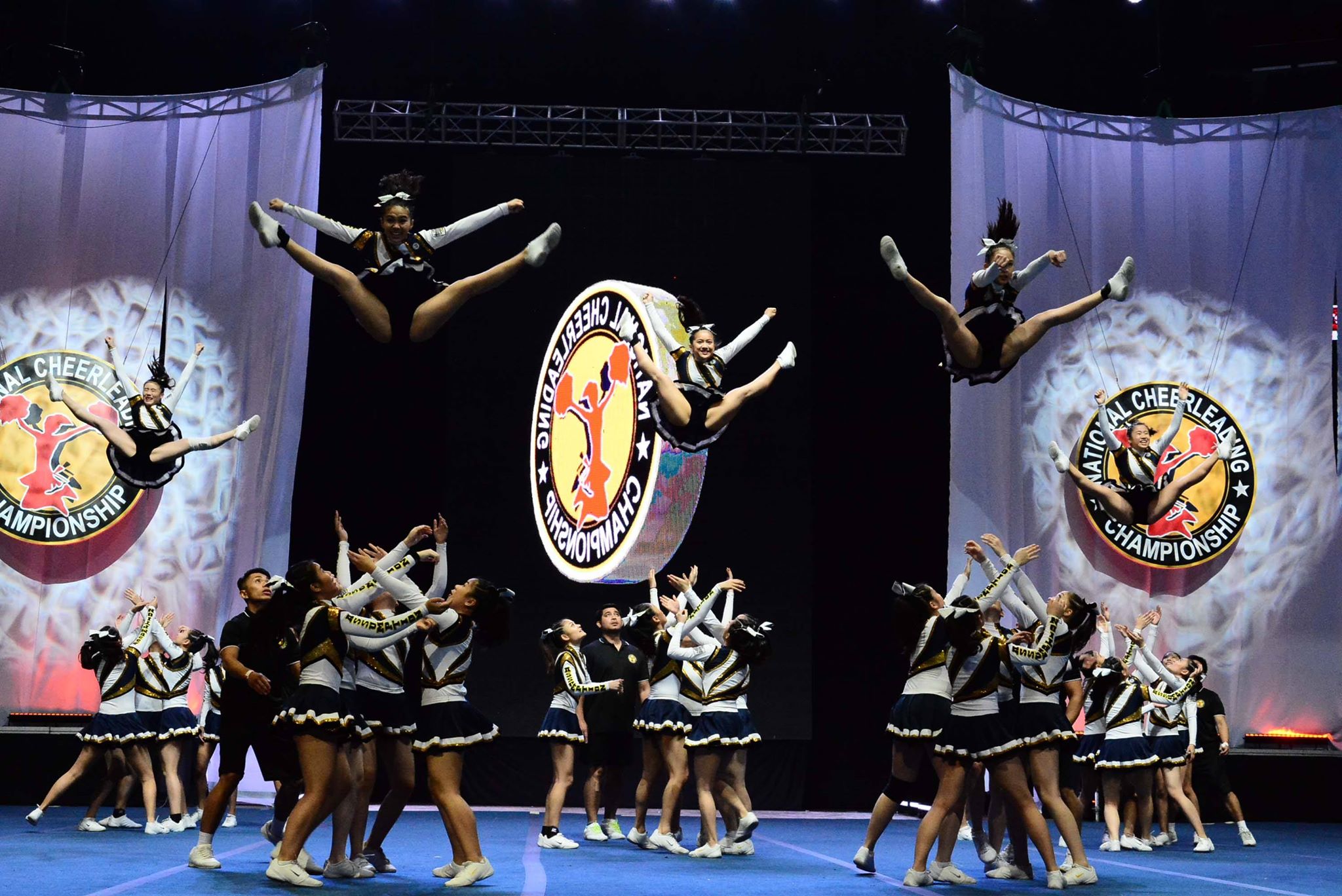 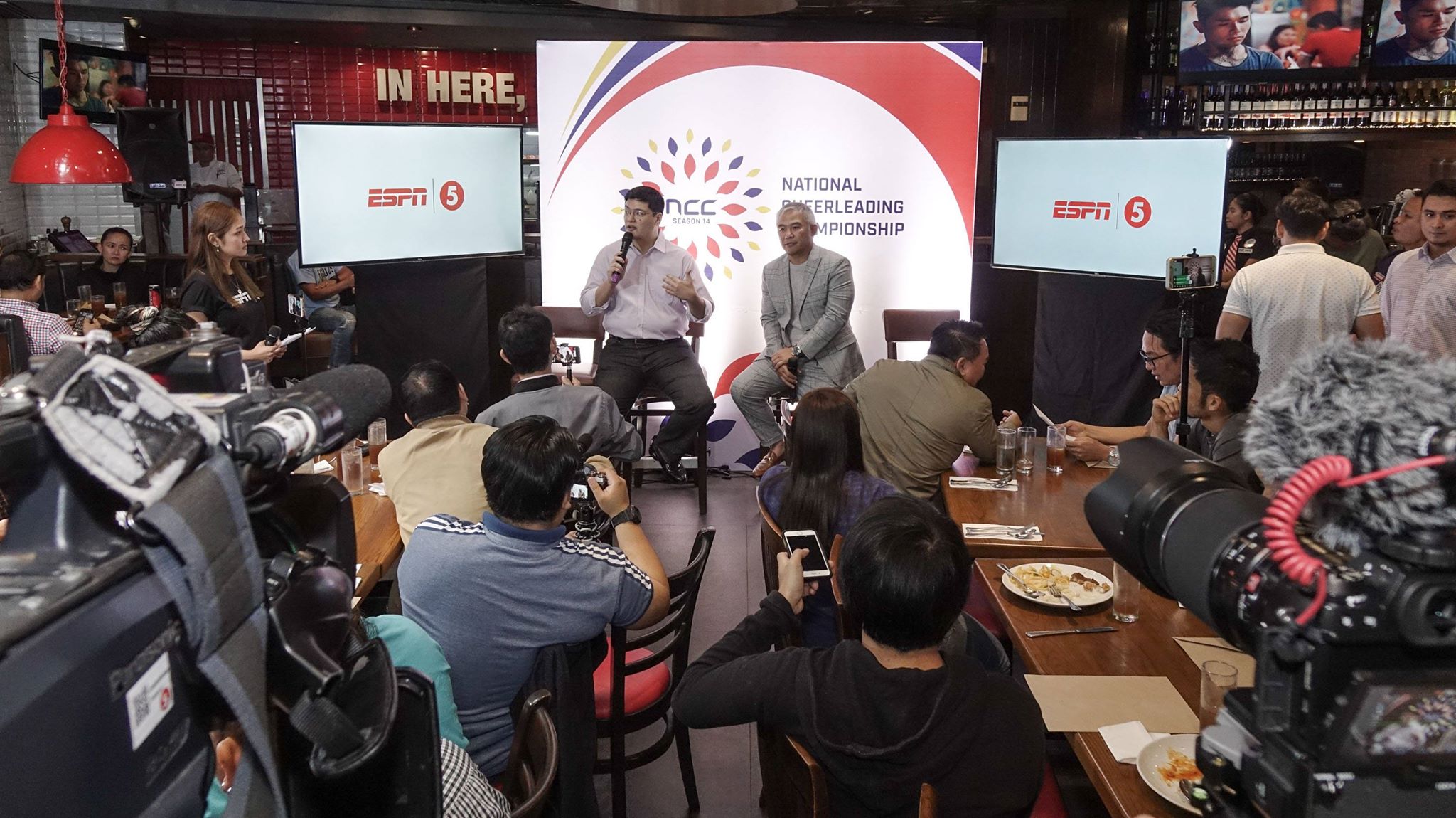 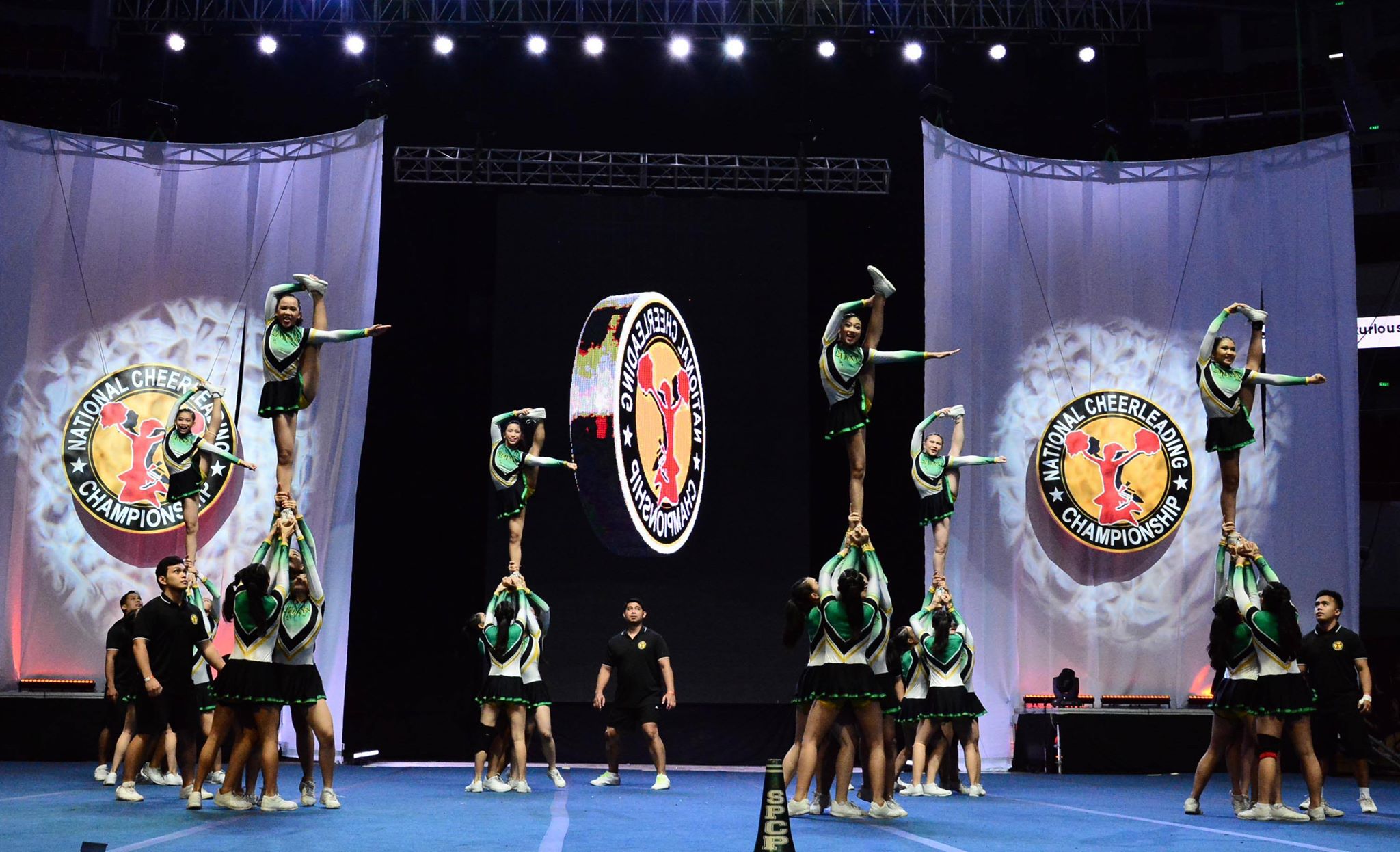 ESPN5 will be present throughout this journey, covering the regional qualifiers through Sportscenter Philippines, and The Nationals live on free TV.

Season 14 will carry the theme ‘We Are Fearless’, a quality which epitomizes each and every cheerleader who shakes off the fear, takes risks, and exceed limits. It also represents the bold steps the NCC takes into recognizing the strength and resiliency of Philippine cheerleading. 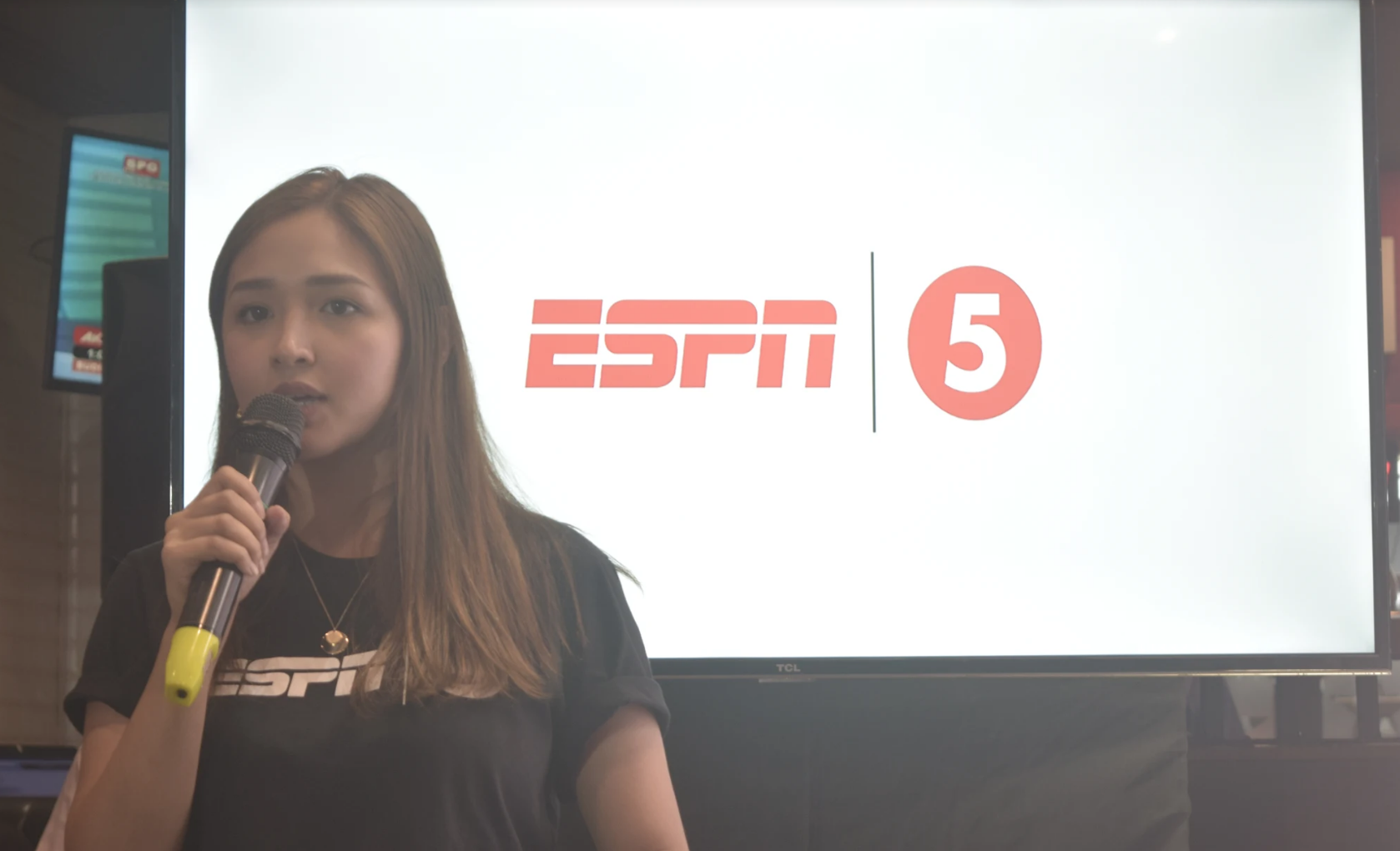 As Founder Carlos Valdes states: “In a real sense, the NCC is just like the sport of Cheerleading.  It requires courage over anxiety, resolve over doubt, discipline over comfort. You really have to be fearless.”

‘Fearless’ also defines ESPN5’s mission of elevating Philippine sports to international heights. TV5 President Vincent ‘Chot’ Reyes shares: “Our network remains steadfast in its role of supporting every Filipino athlete as they represent our country on the world stage; in line with this is our active pursuit to expand awareness for our breadth of local talent, and the different sports in which they excel. It was only natural for us to continue our partnership with the NCC as they pursue their vision of advancing cheerleading as a sport in the country.”

“ESPN5 has stayed true to its mission of bringing great sports content to Filipinos. With their world-class content delivery platforms, we are elated to have them on board for the whole season of the NCC, and together with the journey of Team Pilipinas”, Valdes added. 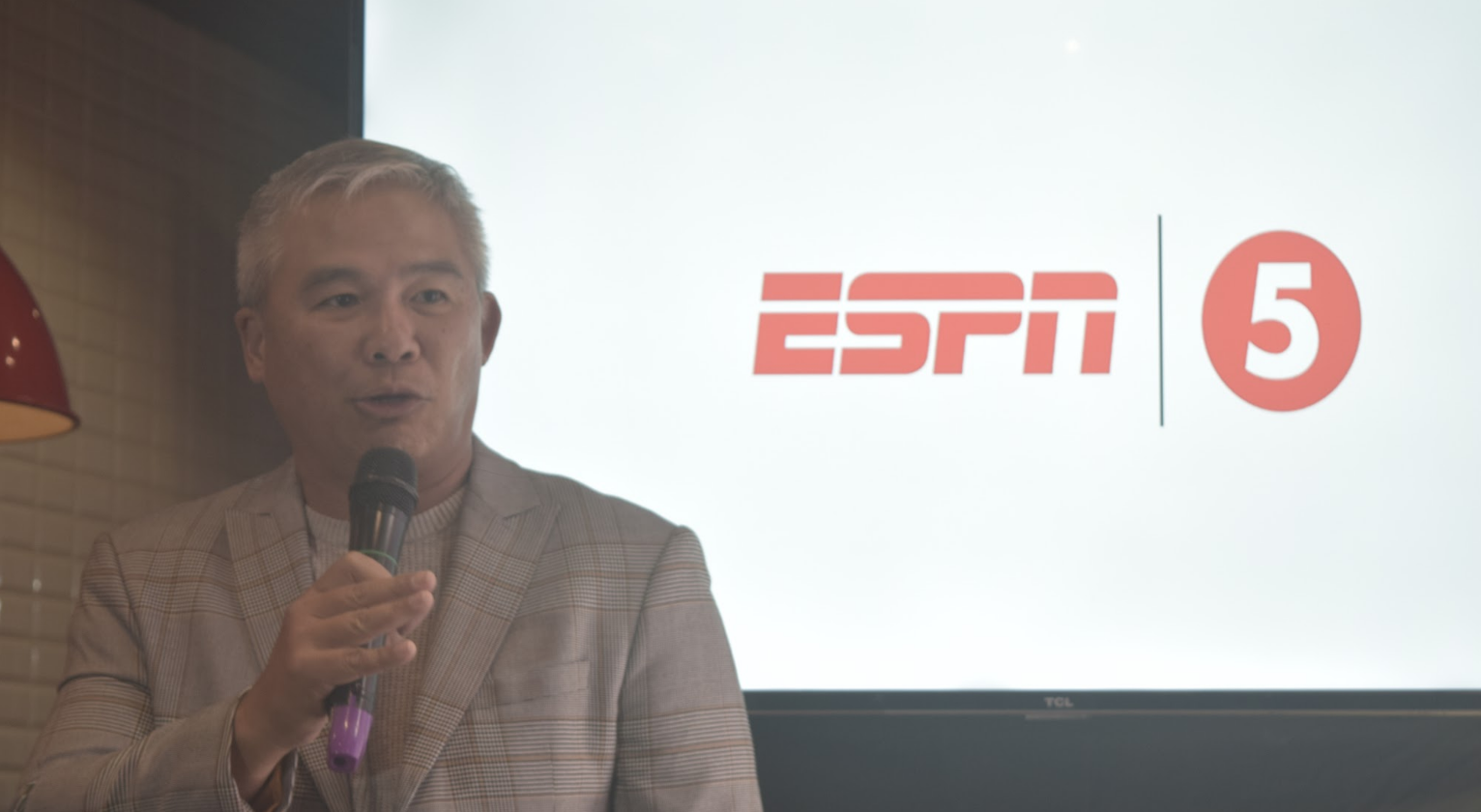 TV5 President Chot Reyes: “We like doing things that have never been done before in local media or in the sports world. And I think we’re going to do one better than last year because this year we’re going to conquer not only the nationals but even the regional qualifiers and also until the world championships. You know that ESPN as a brand has always been synonymous to the world cheerleading championships. Our partnership allows us to do that.”

For news, schedules, and tournament information, visit the official NCC website at www.nccphilippines.com.ph. 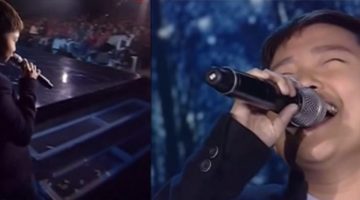