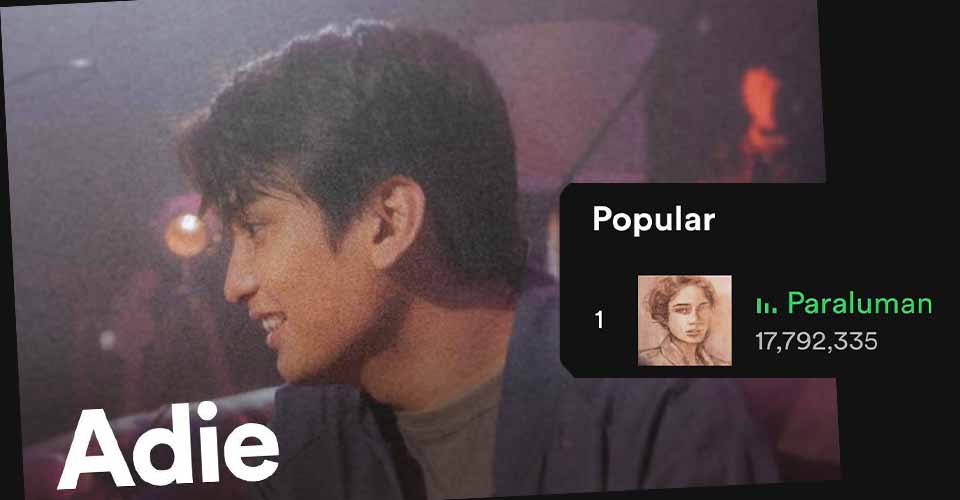 One of today’s most prominent artists, singer-songwriter Adie Garcia breaks the record charts as his hit single ‘Paraluman’, with over 17 million streams on Spotify, lands as the most streamed OPM song and got the highest ranking OPM song on Top 50 Philippines playlist by popular streaming platform Spotify.

‘Paraluman,’ published under O/C Records, marks Adie’s breakthrough as a bonafide hit music artist — establishing the singer-songwriter’s meteoric rise as he gained thousands of following in less than a year since its release.

Adie’s skyrocket triumph through ‘Paraluman’ catches him in an ‘overwhelmed’ state, “I wasn’t expecting that much appreciation for my music instantly. I know myself as an artist. I just do what I do like I make music for my satisfaction. So yeah, I’m very grateful for everything I’m having now,” he says.

“Felt surreal. I didn’t expect that type of appreciation for the song like being one of those rising artists this pandemic — it’s just very unbelievable. Truly blessed.” Adie shares, as he reflects on having ‘Paraluman’ on top of the OPM charts today.

The official music video of Paraluman, featuring Ivana Alawi, and directed by Bela Padilla, has now over 5 million views on YouTube, its official lyric video is peaking at 1.8 million views, and Adie’s performance of the hit single on Wish 107.5 bus has now over 1.4 million views.

The massive success continues to notch up as ‘Paraluman’ becomes the official soundtrack of Yam Laranas’ ‘Paraluman’ movie, starring Rhen Escaño and Jao Mapa, produced via Viva Films and will be available for streaming on VivaMax starting September 24. Its official movie music video is also available at O/C Records’ YouTube channel.

The creative minds behind this top tune include producers Kean Cipriano and Adie Garcia; arranged by Adie alongside Franz Sacro; and mixed and mastered by Hazel Pascua.

Keep on streaming ‘Paraluman’ on Spotify. 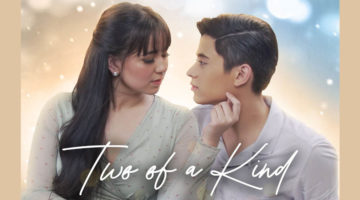