If We Had Hashtags in the 90s… 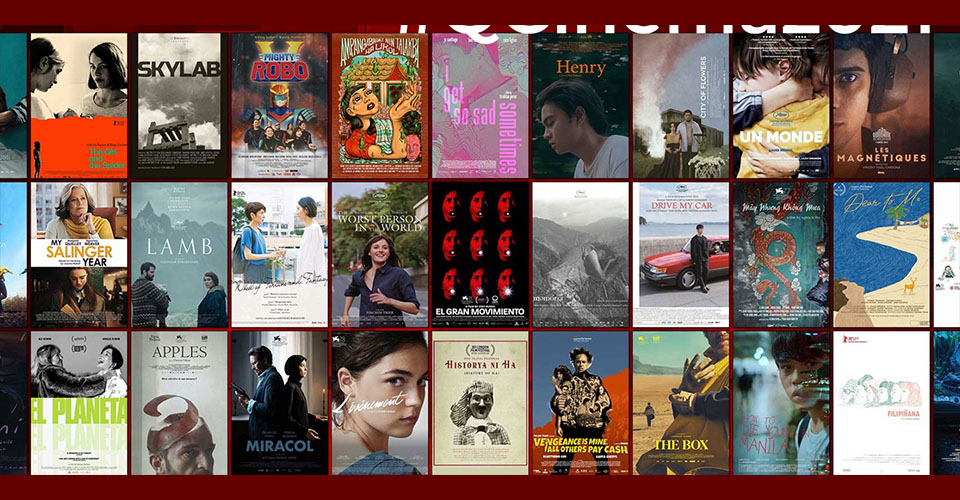 With  the gradual reopening of cinemas, Cinephiles have more reasons to nourish an inflow of excitement. QCinema International Film Festival returns with a hybrid edition from November 26 to December 5 with in-person screenings at Gateway Cineplex 10 and online streaming via KTX.ph.

“This will be the first film festival to be held after cinemas opened their doors again and we are very happy to be part of the jump start of our much-loved industry” says Ed Lejano, Festival Director.

Memoria will be screened at Gateway Cineplex 10 with other much-acclaimed films.

The films under Screen International, which is one of QCinema’s most awaited sections, are “The Worst Person in the World,” “The Box,” “Happening,” “Vengeance is Mine, All Others Pay Cash,” “Wheel of Fortune and Fantasy,” and “Drive My Car.”

“The Worst Person in the World” by Joachim Trier will also have its Southeast Asian premiere at QCinema 2021. The film premiered in competition at the 2021 Cannes Film Festival, with Renate Reinsve winning the award for Best Actress for her performance in the film. It was selected as the Norwegian entry to the 94th Academy Awards. This film is co-presented by the Film Development Council of the Philippines.

Another film having its Southeast Asian debut is “The Box” by Lorenzo Vigas, the first Latin American to win the Venice Film Festival’s top award with his searing debut “From Afar.” This film won the Leoncino d’Oro Agiscuola Award at Venice Film Festival 2021.

Venice Film Festival 2021 Golden Lion winner “Happening” by Audrey Diwan is having its Asian premiere at QCinema 2021.This is Audrey Diwan’s second film, which is based on the 2000 novel of the same name by Annie Ernaux. This film is co-presented by the Embassy of France.

Also for Southeast Asian premiere is “Vengeance is Mine, All Others Pay Cash” by Indonesian auteur Edwin. This film won the Golden Leopard at the Locarno International Film Festival 2021. Edwin is known for his two prior films, “Blind Pig Who Wants to Fly” and “Postcards From the Zoo.”

QCinema earlier announced that it is also hosting the Southeast Asian premiere of Ryūsuke Hamaguchi’s 2021 films, in partnership with The Japan Foundation. “Wheel of Fortune and Fantasy” premiered at Berlinale 2021 and won the Silver Bear, while “Drive My Car” played in competition in Cannes Film Festival 2021 and brought home the Best Screenplay trophy.

Aside from these Screen International selections, QCinema will also screen at Gateway Cineplex 10 “Great Freedom” under RainbowQC section; “Lamb” under New Horizons section; and “Onoda: 10,000 Nights in the Jungle” and “Historya ni Ha” under “Special Screenings.”

“Great Freedom” by Sebastian Meise is the Un Certain Regard Jury Prize winner at the Cannes Film Festival 2021 and Austrian entry to the 94th Academy Awards. This is the prison drama’s Asian premiere.

The biopic of a World War II holdout in the Philippines will have its Southeast Asian premiere at QCinema 2021. “Onoda: 10,000 Nights in the Jungle” by Arthur Harari is about a Japanese soldier who spent 30 years hiding in the Philippine jungle unaware that World War II was over. The film opened the Un Certain Regard of the Cannes Film Festival 2021. Angeli Bayani is part of this film.

Completing this section list is Lav Diaz’ “Historya ni Ha,” for its Asian premiere. The John Lloyd Cruz starrer film had its world premiere at the prestigious 65th BFI London Film Festival in the United Kingdom.

Aside from these films, QCinema will also screen for free select Patrick Alcedo films. These are the “A Will to Dream” and short films “They Call Me Dax” and “Am I Being Selfish.”

Those who are still not comfortable going to the cinemas or are staying outside Metro Manila can still be part of the QCinema experience. The festival is presenting an equally exciting lineup for its online edition.

Under the Screen International section are “My Salinger Year,” “The Great Movement,” and “Miracle.”

Berlinale 2020 opening film “My Salinger Year by Philippe Falardeau,” is a coming-of-age story headlined by Sigourney Weaver and Margaret Qualley.

Set for its Asian debut is “The Great Movement” by Kiro Russo.  The film won the Special Jury Prize at the Venice Horizon Awards 2021 and is the Bolivian entry to the 94th Academy Awards.

Warsaw International Film Festival 2021 Best Film “Miracle” by Bogdan George Apetri is another film having its Asian premiere at QCinema 2021. This crime drama film had its world premiere in Venice.

“Apples,” “Magnetic Beats,” “El Planeta,” and “Playground” will be part of the New Horizons section, which ushers debut films all over the world.

“Apples” by Christos Nikou won Best Screenplay at the Chicago International Film Festival 2020. This film, which will have its Southeast Asian premiere at QCinema 2021, is the Greek entry for the Best International Feature Film at the 93rd Academy Awards.

Vincent Maël Cardona’s feature, “Magnetic Beats,” is also set for its Southeast Asian premiere. The film won a SACD Award at the Director’s Fortnight of the Cannes Film Festival 2021.

In “El Planeta,” Director Amalia Ulman stars in this film opposite her real-life mother. This film, which will also have its Southeast Asian premiere, won the Best Director award at the Buenos Aires International Festival of Independent Cinema 2021.

“Playground” by Laura Wendel is the Belgian entry to the 94th Academy Awards. This film won the FIPRESCI Prize at the Cannes Film Festival 2021.

“Yuni” by Kamila Andini, another coming-of-age drama, will have its Philippine premiere.

This is Indonesia’s official submission to the 94th Academy Awards. It won the Platform Prize, Toronto International Film Festival 2020.

“Islands” by Martin Edralin, which tells the story of a Filipino immigrant, won the Special Jury award at the SXSW Film Festival 2021. This is the film’s Asian premiere.

Also having their online streaming are “The Girl and the Spider” under RainbowQC; and “Baboy Halas” and “Suburban Birds” under Netpac Reloaded.

and the Spider” by sibling co-directors Ramon and Silvan Zürcher. The film world premiered at the Berlinale in the Encounters section, and won best director.

“Baboy Halas” was recently included in the Gawad Dekada Para sa Mga Natatanging Pelikula by the Urian Awards. This film by Bagane Fiola also won the NETPAC Award at the QCinema 2016.

“Suburban Birds” by Sheng Qiu will also have a QCinema comeback. The film won the Golden Carp Film Award – Chinese at the Faro Island Film Festival 2020

For the first time since its founding in 2013, QCinema will have two Shorts Programs. These are #QCShorts and Asian Shorts.

Asian Shorts includes “Dear to Me” by Monica Vanesa Tedja, “Sunrise in My Mind” by Danech San, “New Abnormal” by Sorayos Prapapa, and “Live In Cloud-Cuckoo Land” by Vũ Minh Nghĩa & Phạm Hoàng Minh Thy. It also includes the Philippine premiere of “How to Die Young in Manila” by Petersen Vargas and “Filipiñana” by Rafael Manuel.

Both Shorts Program will have theatrical screenings and online streaming.

More details about the festival at qcinema.ph. 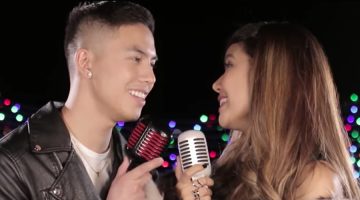