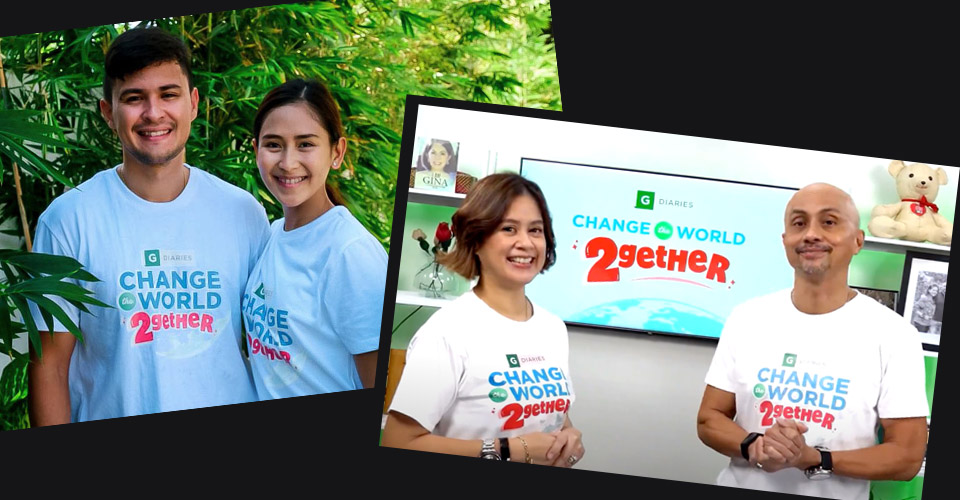 Ashmatt (popular tag for the Guidicelli power couple) fans have something exciting to check out on Sunday mornings as husband and wife Matteo Guidicelli and Sarah Geronimo lend their voice to the new theme song of G Diaries, now on its eighth season.

The song Sarah and Matteo interpret, “Change the World Together” is written and composed by Jenie Chan, and is also the title of G Diaries Season 8.

G Diaries is a multi-awarded TV program produced by ABS-CBN Foundation which features stories of love, hope and cooperation among local communities, and promotes advocacies on environment protection, child rights and development, area development, and sustainable ecotourism, among others.

Matteo, a member of G Diaries’ G Squad (artists who support the advocacies of ABS-CBN Foundation) has appeared in season 2’s La Mesa Ecopark episode with former Department of Environment and Natural Resources (DENR) Secretary Gina Lopez, and he was also featured at the Lulugayan Falls in Samar with Ernie Lopez in season 4.

“The song has two versions — one is Michelle and Ernie’s, which we recorded with them in October 2020 and the most recent one is Sarah and Matteo’s which they did this May,” shared Chan.  Each version has its own personality and both are very endearing.

Sarah and Matteo’s version of the song is exclusive to the terrestrial and cable airing of G Diaries. All-new episodes for Season 8 air on the Kapamilya Channel on Sundays at 9:10am, with replays on ANC and the Metro Channel.

The chorus of the song goes:

‘Change the world together, we can make it better.

Ikaw at ako, tayo ‘coz love is the answer.

Change the world together, we can make it brighter,

Chan adds, “It is amazing how the message of G Diaries never gets old. From the time we were doing the show with Ms. Gina Lopez, until now that we are working with Ernie and Michelle Lopez, the theme has always revolved around working together and love.

“We’ve done seven seasons with five different directors and over a hundred episodes, but our viewers continue to look forward to new episodes.  G Diaries has a very positive vibe and a timely message of hope, and we are truly grateful that Sarah and Matteo agreed to be a part of this season.” 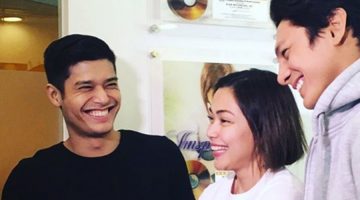