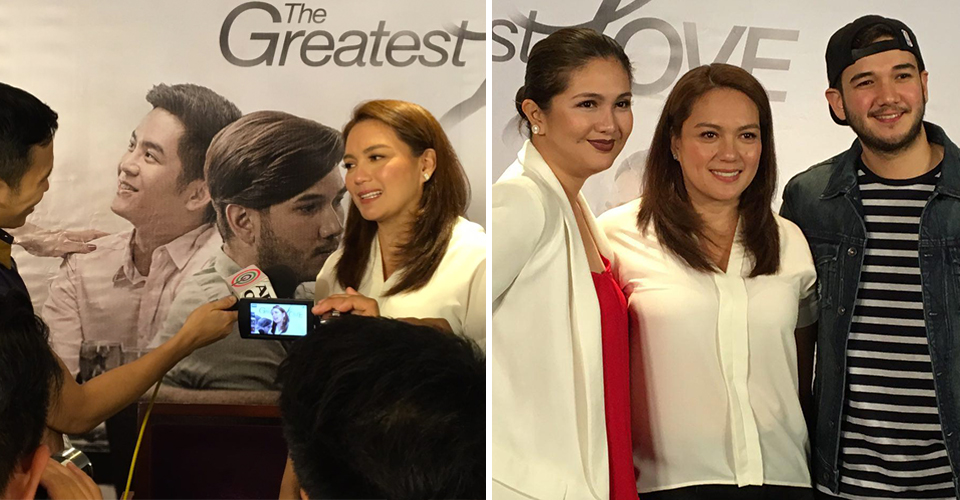 One can just imagine how big an impact a show will create on the lives of its viewers when the lead stars talk about their lives being changed by their portrayals. Last Thursday, September 1, ABS-CBN’s newest Kapamilya Gold offering “The Greatest Love” had its bloggers’ conference and I found myself teary-eyed several times as I listened to the stars’ stories (watch the videos below). Lead star Sylvia Sanchez was joined by her children in the series, Dimples Romana and Matt Evans as she entertained questions from the bloggers.

The Greatest Love stars are consistent in saying they are happy to be working with each other. This photo seems to prove their claims. 🙂

Dimples Romana, Sylvia Sanchez (with the starring role), and Matt Evans are three of the main cast

The Greatest Love premieres today after Doble Kara in the afternoon block. 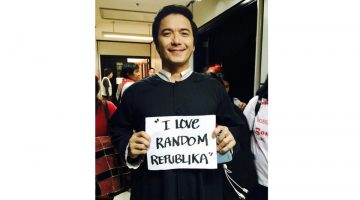