Get Personal with Paolo

Vhong Navarro and Jhong Hilario Reunited with Streetboys in Singapore

LOOK: This Band pulls away from ‘hugot’ with wedding-themed song ‘Higit Sa Sapat’ 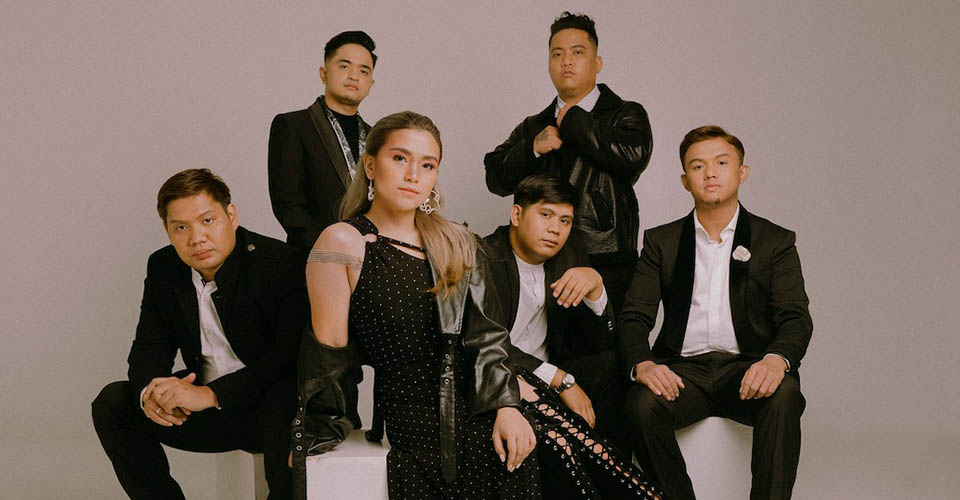 Close your eyes and listen to this.♥ The next big wedding theme song is now streaming:

The states of their heart are a far cry from the messages of their all-time hugot hits! One of this generation’s most popular bands, This Band, ditches their brand of ‘hugot’ for a wedding-themed song and goes all-out on team collab on their latest single.

Showcasing versatility, This Band shared how this new song that is close to their members’ hearts as almost all of them are happily taken. The group proves they have a lot more to offer and that they need not crush hearts to make good music. Collaboration was easy as they all pooled their inspired thoughts into the lyrics and finishing the whole song.

“It feels like I’m making a promise to him, and the more that you feel the song, the more you want to be in love.” – Andrea Manzano, THIS BAND

Proof of this is that even after a quarter-of-a-billion streams for “Kahit Ayaw Mo Na,” they still managed to follow up that monster hit with two more giant-sized songs in “Hindi Na Nga,” and “’Di Na Babalik” the same year.

Suffice to say that This Band is quite good at what they do. That’s why a This Band song is always highly anticipated. And this includes their latest release “Higit Sa Sapat.”

New song also means new approach for This Band. And while the new single comes in an all too familiar package, ergo, relatable themes that come wrapped in memorable melodies and hook choruses in that distinct pop-rock ‘banda’ sound that is so This Band, something new is afoot.

“This is the first song of This Band na sinulat ng group,” declared Euwie.

Andrea Manzano adds, “each band member is putting effort in writing their own songs (now). I really didn’t before but it’s a positive change for me in the band.”

“In the songwriting process, Andee and Mikki (Galvan) suggested a love song. I started it with the chorus & some verse part of the song while playing instruments with Gubs (Reymart) then Euwie & Andee (added) the verses and bridge. John (Macaranas) proofread the song so it really became a team effort,” added the keyboardist.

The resulting effort is the heartfelt and catchy wedding themed song “Higit Sa Sapat.” Kicking off with a big dramatic Carson piano intro to support Andee’ yearning voice in the beginning. It eventually builds as Euwie, Miccael and John comes in on the rhythm section. And when Reymart joins the fray with his fills at its crescendo, it becomes this big power ballad about, as Andrea describes it, a song from the point of view of “imagining that you are walking down the aisle, you’re feeling the love, and finally facing ‘The One.’”

And while This Band is known for ‘hugot’ themes, the new song is a first for the group in that it is their first love song. And fans have noticed it too. During the first day of release of “Higit Sa Sapat,” their fans’ main reaction was along the lines of, “Wow! Hindi na mapanakit ang This Band.”

It was an inevitable change for This Band. Going from ‘hugot’ to ‘forever.’ Because they all went through the experience.

As the guy who wrote This Band’s the biggest songs, Euwie is open to mixing it up when it comes to crafting tunes. “For me writing-wise mas (gusto ko) mag-explore ng iba’t-ibang ways ng pagsulat ng songs.” Hence the big team effort to write a song.

“For the past years, I’ve been writing songs related to my relationships, either my experience or ng partner ko,” said Euwie.

“This song is very special to me, because I participated on the songwriting. We actually set a day to really write a song together (and this is what came out),” said Andrea.

Guitarist Raymart Gubat, added that the song was an amalgam of experiences of past relationships of his bandmates. “The story of “Higit Sa Sapat” is that after all the pain and failures, we can still find someone who can be satisfied and who will stay with us, despite of everything, nothing more, nothing less,” said the guitarist.

“The lyrics tells a story of how thankful we are in finding true love and being saved by this great love,” waxed bassist Miccael Galvan.

Drummer John Macaranas chimed in. “Our new single is a combination of three minds: Carson, Andrea and Euwie for the lyrics. Then came the whole band for music. What makes it different from our past releases is that we made the song together inside the studio, inupuan na talaga namin ‘di tulad ng dati na need pa namin ng demo from Euwie and Andrea. This time lahat nag pitch in talaga.”

Galvan opined, “before having our greatest love, we first had our own shitty relationships. I think we needed to experience that to find our “Higit sa Sapat.” Personally, I think that Euwie has the most hugot, since he writes all of our sad songs, but as I’ve said we all had experienced relationships that ended up in break ups.”

And to who exactly the song is for?

“We dedicate “Higit Sa Sapat” to our respective loved ones,” said Carson.

“It’s for my future wife and our baby girl (Amarah). My own “Higit Sa Sapat” as I already found mine,” added John.

“Of course, it’s for the love of my life (Edralyn Gealogo). She is the puzzle piece that completes me. She helps me to be a better person,” Miccael said.

“I already found ‘The One’ and I think I want to sing this to him every day,” added Andrea.

“Higit Sa Sapat” as Andrea puts it, is “a big positive change for sure, but as a whole band, we’re still the same,” said Andrea. “We’ll stick together and make more beautiful, inspiring music.”

“Higit Sa Sapat” is now available on all digital streaming platforms and is released under Viva Records. 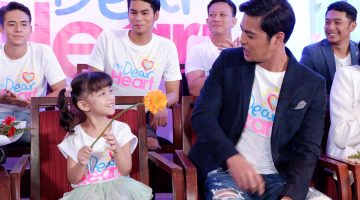