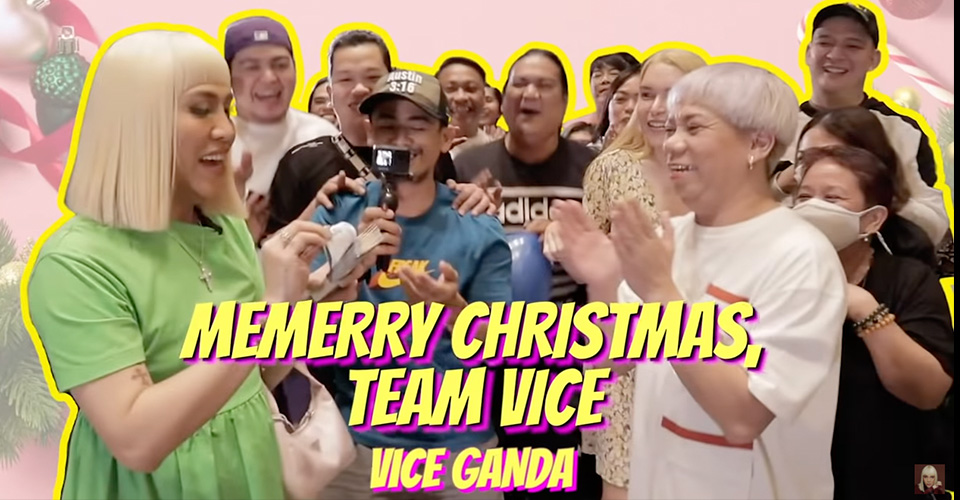 Aside from love for his family, the unkabogable host and actor Vice Ganda is also known for being an awesome friend. Much has been said in TV talk show guestings and birthday tributes about how he treats his friends like kin. In fact, for the longest time, Vice opened his home to some whose relationship with him goes way back their comedy bar days.

As I have closely followed Vice’s journey to where he is right now, I can clearly remember some of his friends like Negi and Beks Battalion’s Chad Kinis, Lassy Marquez, and MC Muah giving him the credit for giving them the spotlight whenever he can. Vice has been known for generosity in giving breaks to other comedians.

This Christmas, Vice spent time with and prepared gifts for his friends, collectively known as Team Vice. In an intimate Christmas party, he gave them nice presents and facilitated fun parlor games. It was indeed a MEMErry Christmas as their “Meme Vice” played Santa Claus.

“Merry Christmas, Team Vice! Thank you very much!,” Vice Ganda raised his hands and later placed them close to his heart as he expressed gratitude to his trusted bunch. “Congratulations for patiently being part of the team. Maraming salamat! Salamat, salamat, salamat!,” he laughingly added.

Vice did not forget to emphasize the role his Team Vice plays in his success, “Lahat ng members ng Team Vice ko, kayo ang nagpapalaki ng pangalan ko.” In true Vice fashion, he jokingly apologized to his friends, “Pasensya na sa mga talak! Seriously, from the bottom of my heart, I am truly grateful.” Aww.

Check out his vlog to watch: 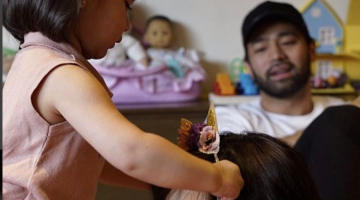