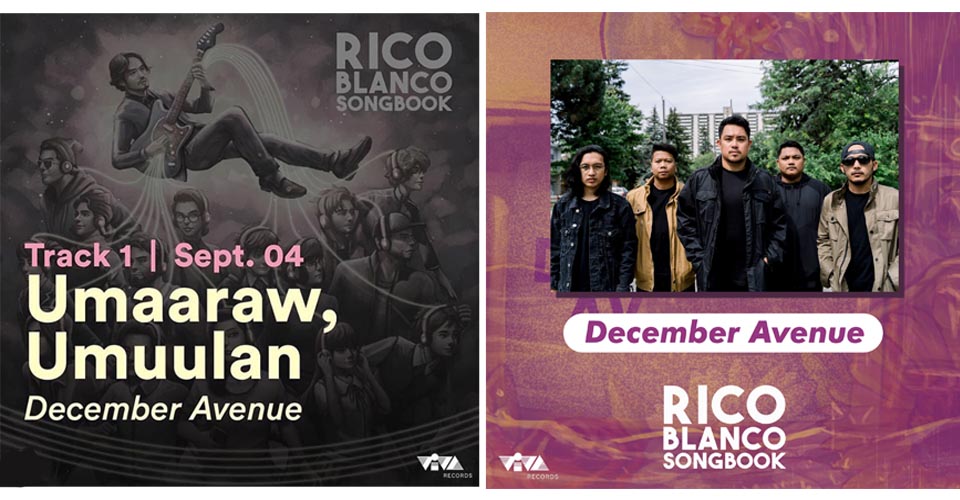 Hit pop and rock band December Avenue is part of the upcoming music project “Rico Blanco Songbook.” This was officially announced by Viva Records. The band is the first of many acts that have recorded re-imagined versions of Rico Blanco’s most memorable songs.

December Avenue covered the Rivermaya classic “Umaaraw, Umuulan.” Zel Bautista, lead singer-songwriter of the band, said, “It’s one of our favorite Rico Blanco songs and we had the opportunity to pick one of the best.”

Bautista mentioned that everyone in their band was in agreement that it is one of Blanco’s best. Keyboardist Gelo Cruz believes that more than the music, the positive lyrics played a part in their choice of the track and that he hopes it would also resonate to their listeners. “For me, ‘Umaaraw, Umuulan’ is a reminder that life isn’t just a smooth sailing sea. We’ll always be ravaged by storms. To succumb to it would yield nothing, braving it would lead us to a better and sunnier place.”

Viva Records approached December Avenue earlier this year if they would be interested to join the musical project involving Rico Blanco’s catalog that the singer assigned to Viva Music Publishing last year. His reaction to being asked to join the project, Bautista said “We were excited and honored to pay tribute to one of OPM’s greatest songwriters.” To which he also added, “Personally, Rico is one of my musical heroes. Growing up listening to his songs heavily influenced my passion for music.” Drummer Jet Danao agreed and exclaimed that the former Rivermaya frontman is definitely one of his inspirations too, “Isa sa mga inspirasyon ko bilang isang musician.”

As to what treatment the band gave the song, December Avenue said that the arrangement wasn’t changed much. Instead, the band “incorporated our own sound to the song. Danao said that being familiar with the song allowed him to record his track “by heart.” He added, “Paborito ko ‘yung kanta kaya I think ‘di lang basta drumbeat ang nagawa ko kundi story.” Cruz meanwhile shared that experience of recording a Rico Blanco tribute track was “fun and nerve-wracking” at the same time. Being the band’s main synth man, he probably found Blanco, the keyboard-player, relatable. “Rico played keys too, he wrote the song, he knows it by heart, so I did my best to serve the song and not ruin a masterpiece.”

Guitarist Jem Manuel’s approach was more intrinsic. “It’s special when you become honest with the music. When you serve the song,” he said. He also added, “He’s one of the brightest composers of all time.”

This acknowledgment comes from a band that was hailed as the most streamed band of 2019.

“Umaaraw, Umuulan” by December Avenue is set for release on all streaming platforms on September 4, 2020. The “Rico Blanco Songbook” is released by Viva Records. Follow Viva Records’ social media accounts to know more about the artists and songs who will be part of  this project. 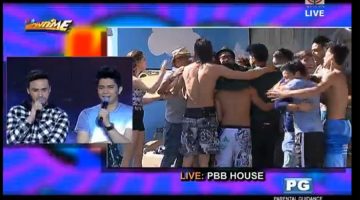