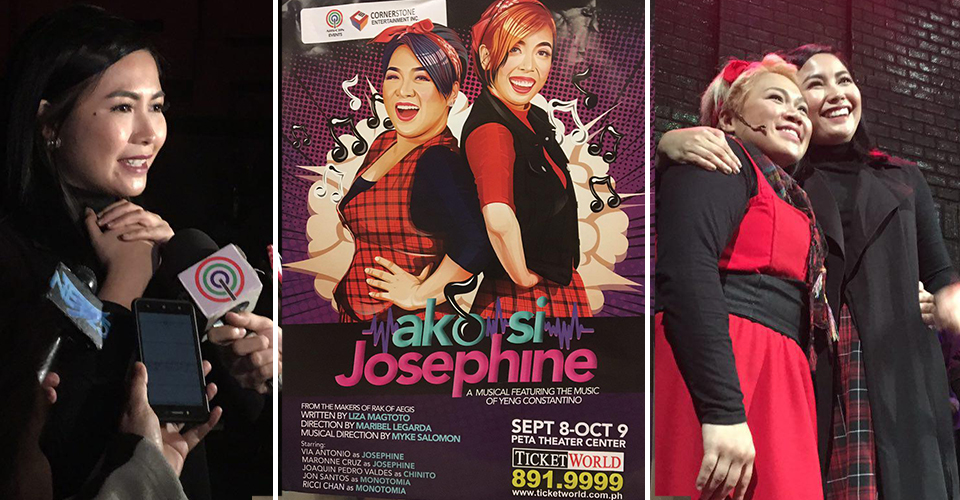 I saw an emotional Yeng Constantino wiping her tears of joy in the dark while watching the musical “Ako si Josephine” for the first time. It was revealed last September 6 that the singer-composer who’s celebrating her tenth year in showbiz did not attend any rehearsal prior to the press preview that night. No wonder she was overwhelmed by her emotions that night. To support her, Yeng was accompanied by her husband Yan Asuncion.

Teary-eyed Yeng Constantino after the musical (Josephine is her real name!)

Ako Si Josephine, a production from the makers of the hit Rak of Aegis, is a mix of kilig, laughter, and music appreciation.  While watching the musical, one would realize that in the past ten years of Yeng’s presence in the business, she has already contributed a lot of quality OPM songs (songs that are so sticky and LSS-worthy). Some of the songs featured are Salamat, Time In, Jeepney Love Story, Chinito, Hawak Kamay, and Ikaw. The songs and the interesting story that revolves around the essence of music were brought to life by talented theater performers. Those that stood out were, of course, the lead performers Via Antonio (Josephine), seasoned comedian Jon Santos (Monotomia, the villain), Joaquin Valdes (Boss/Sir, Chinito), and Teetin Villanueva (Helena).

Note: Breakthrough primetime actor JC Santos of Till I Met You was spotted in the event as he showed support for girlfriend Teetin.

#AkoSiJosephine hangover from last night’s press screening.❤️ The musical which features #YengConstantino’s music will run from September 8-October 9 at the #PETATheater. For ticket inquiries, contact Ticket World at 891-9999 or visit ticketworld.com.ph ?

#AkoSiJosephine lead stars getting cheers from members of the press during the closing of the musical’s special screening last September 6. This musical which features #YengConstantino’s songs starts its run tonight at the #PETATheater. Seen in this video are #ViaAntonio #JoaquinValdes and #JonSantos.❤️ — For ticket inquiries, contact Ticket World at 891-9999 or visit ticketworld.com.ph ? #CornerstoneEntertainment #Yengsters 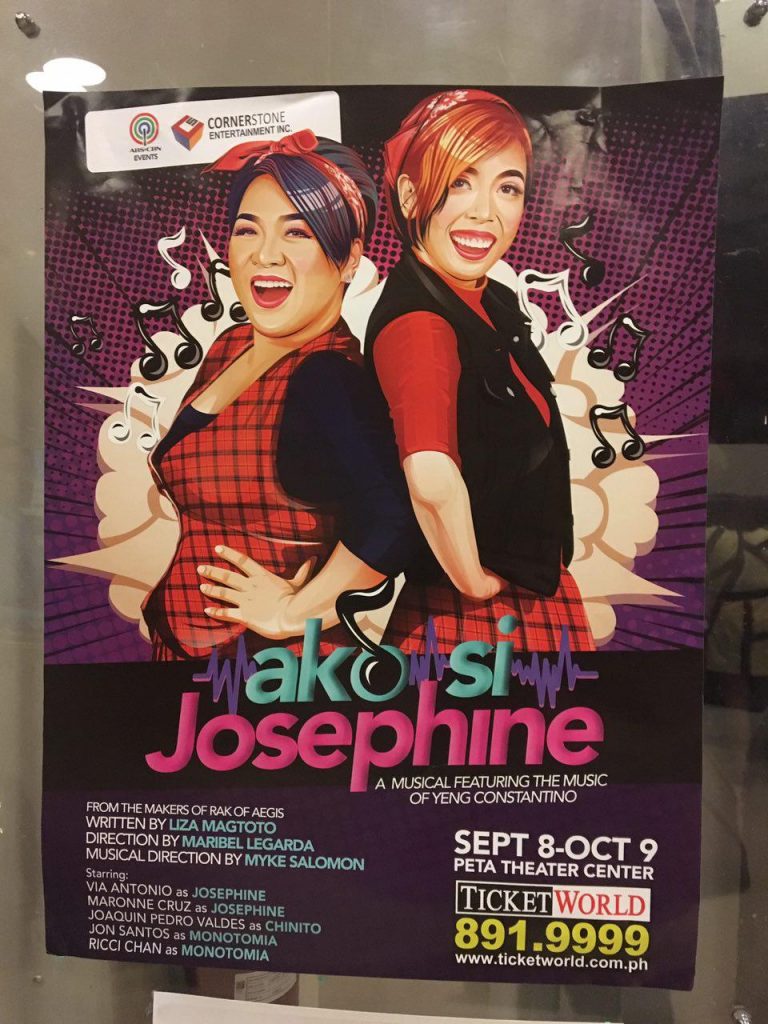 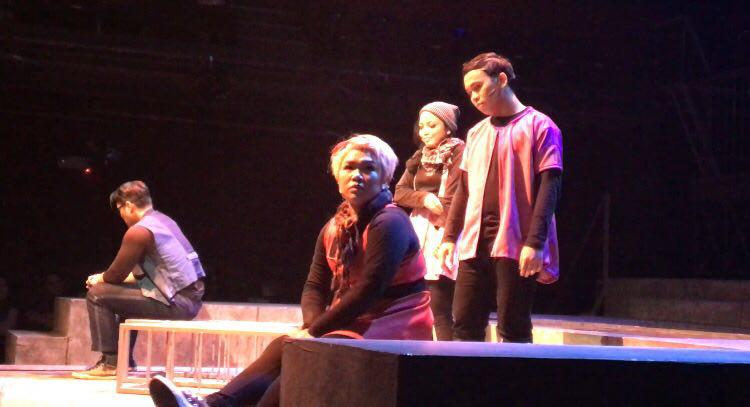 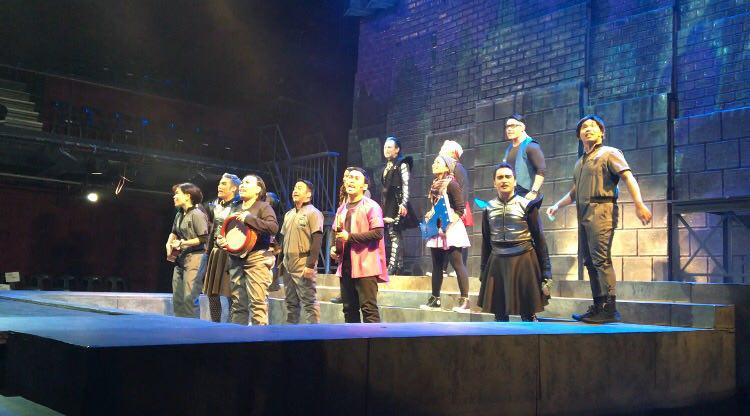 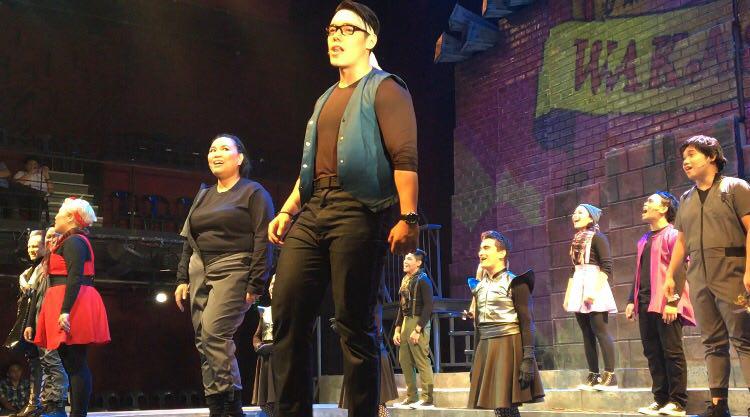 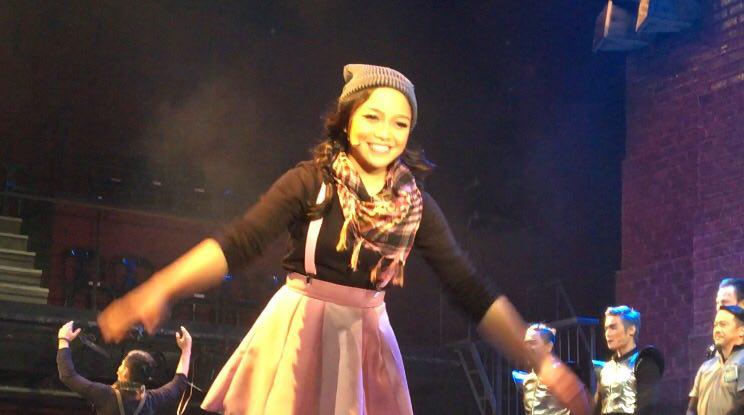 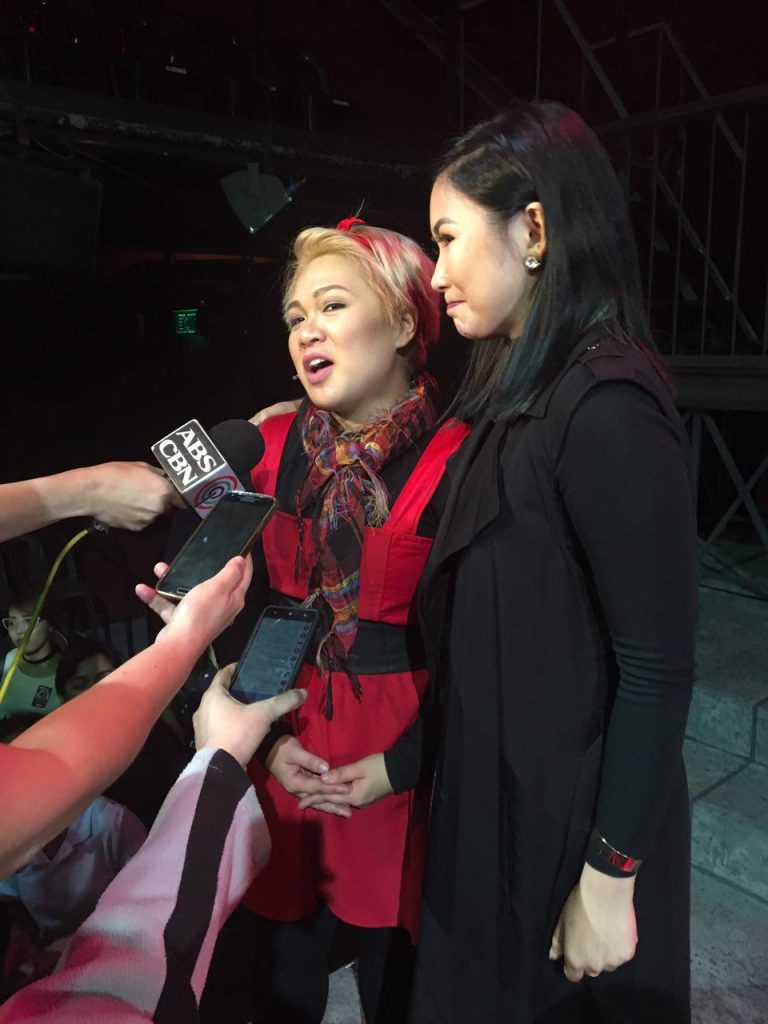 In her ABS-CBN news interview, Via Antonio shared how grateful she is for having been handpicked by Yeng Constantino for the role 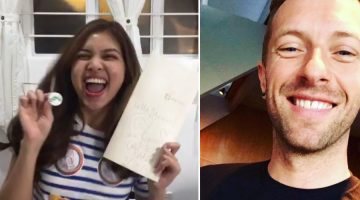