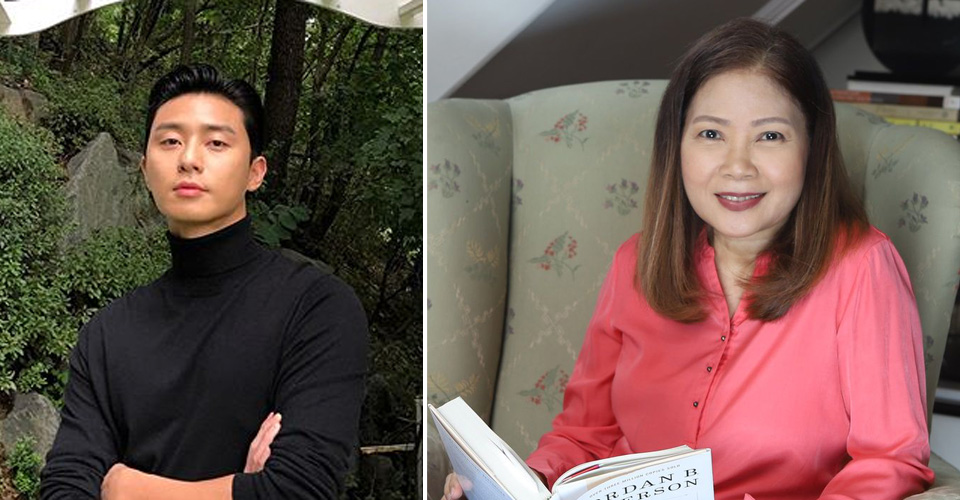 “This is new for me. It’s a fantastic opportunity that TV5 has given me. It has also allowed me to explore new territory after having been in hard news for about 39 years. It’s exciting for me that just as I’m about to enter my senior year of life, I’m gonna turn 60 soon, may bago pa pala akong puwedeng gawin!,” multi-awarded broadcast journalist Luchi Cruz-Valdes excitedly shared this at the media conference for her newest lifestyle program on TV5 — Usapang Real Life with Luchi. “This has given my life a new chapter that I have never imagined I would get into.”

The program is a timely treat for everyone in this time of health crisis. Every person always has a story to tell. Whether it’s about personal life or struggles and triumphs, each narrative deserves to be heard. With this new weekly lifestyle program, Usapang Real Life with Luchi, which launched last August 15,  Pinoys are in for a Saturday night filled with stories of hope and positivity.

Line-produced by ContentCows Company, Usapang Real Life with Luchi shows veteran newscaster and noted investigative reporter, Luchi Cruz-Valdes, in a new light. Here we meet a different side of Luchi: one who is lighthearted, nurturing, and compassionate. This side of her allows her to connect to her guests, bringing out close and personal stories of celebrities that many people do not usually get to see.  The show showcases ordinary Filipinos and encourages them to share their stories to illustrate that all of us, the famous and the homespun, go through the same struggles, the same challenges, the same acts of courage, and compassion for each other.  At the end of the day, these meaningful stories and experiences are what makes us human and belong to the same community values and ideals we share as a nation.

Getting real with Luchi

In her talk show, Luchi herself opens up about little known facts of her life and the issues she is similarly facing as the rest of us. For instance, she’s a devoted mother of three and a widow, and an avid fan of Korean drama series. In fact, during the Q&A, when asked who her dream guest in URL is, Luchi was quick to drop a Korean superstar’s name. She laughingly said, “Unang-una ‘yung idol ko, si Park Seo Joon! Typical of a reporter, aba, nagpadala na ako ng sulat! Malay mo, patulan ako.” When TV5 reporter MJ Marfori teased Luchi about her email address being PSJlovesLCV, the URL host could not help but make a confirmation. Still laughing, she said, “That’s true! Fangirl at 60 ito!“

Also on the show’s list of topics are the issues of the day and trendy stories and concerns that people talk about. These cover the gamut of life in the province, mental health, married life, motherhood, passions, and advocacies, and how people deal with change.  Usapang Real Life with Luchi puts a spotlight on life behind the camera; unveiling real experiences and celebrating our common humanity. It’s about harnessing the lessons of everyday life and using these to empower and give hope.

KC Concepcion and Karen Davila were Luchi’s first guests in the pilot episode which premiered August 15. Other celebrities that have since appeared on the show are Darna star, Jane De Leon, Through Night and Day’s Alessandra de Rossi, Youtube sensation Emman Nimedez, in one of his last interviews, as well as Tiktok influencers Marvin “Bhie” Fojas, Zendee, Richo “Walang Ganun Mars” Bautista and Christian Antolin, and Miss Universe 2018 Catriona Gray. Each episode of Usapang Real Life with Luchi tells the narrative of different individuals, from comedians, athletes, digital influencers, celebrities and even Luchi’s colleagues. Other episodes will feature real life stories of guests such as celebrity power couples Richard Gomez & Lucy Torres and Vic Sotto & Pauleen Luna-Sotto, the Divine Diva Zsa Zsa Padilla and the Queen of Philippine Soap Opera Judy Ann Santos.

Catch Usapang Real Life with Luchi and turn it into a weekend habit every Saturday, 9:00 PM on TV5. It also has a primetime replay on Sundays at 7:00PM on Colours, available on Cignal TV CH. 202 HD & 60 SD.