Iza Calzado Stars in Her Own Workout Video ‘Lebelap’

‘Making Mega in Greece with JaDine’ Issue is Out; Release Date of Behind-the-Scenes Documentary Announced

According to ABS-CBN’s press release, we are set to see an all-new format for Kapamilya Deal or No Deal on its return this coming Monday, February 9.  Still hosted by Luis Manzano,  it was said that a mix of popular personalities will now hold the briefcases and they themselves will have a chance to make a life-changing deal. 🙂 This is the first time this set of mechanics is done in a Deal franchise.

Twenty so-called Lucky Stars  composed of a beauty queen, comedian, teen heartthrob, character actor, sexy actress, and a lot more will join Luis. (Any guesses?) As described, a roulette will determine who among the Lucky Stars will be the player for the day before the game starts. The selected player may keep his or her briefcase or trade it with a fellow Lucky Star. This is where the bargaining begins which will involve the show’s anonymous game master, Banker.

See also  WATCH: Maine Mendoza Plans to Go to Maldives After 'Destined To Be Yours' and Before Shooting the Next AlDub Movie 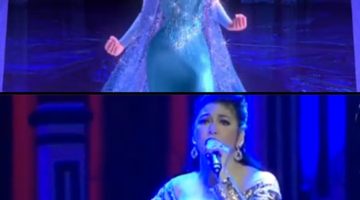